It's difficult to believe, I know, but people are actually on an expedition to find the "real" Cumorah in southern Mexico.

I like and respect the people on this escapade, but seriously...

This has the makings for another classic in literature. Don Quixote, the sequel. 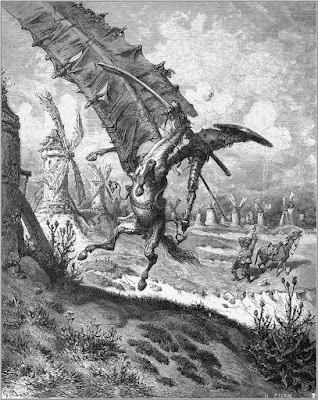 
Doug Christensen
Today at 5:43am


Progress report for Thursday pm, February 23, 2017 for Book of Mormon Central/BMAF expedition: We have gathered evidence, mostly comparing the landscape with the text, that the Hill Ramah/Cumorah is most likely in the Tuxtla mountain range in the state of Veracruz. We are satisfied that it is one of two dominant hills which satisfy the requirements of the Jaredite march "by the Hill Cumorah, then across to Ablom by the sea." Yesterday we met with a town "elder" designated as a historian. His info was fascinating and confirming of much of the required parameters in the text. We also took an exploratory boat ride in the bays of the Gulf of Mexico east of these hills. Tomorrow we finish our week by traversing as much territory as possible around both hills
Posted by jonathan3d at 11:51 AM