There's a promotion for some of my books going on right now. The Kindle versions are only 4.99 through next Monday.

A Man that Can Translate: Joseph Smith and the Nephite Interpreters, which explains the evidence that Joseph Smith actually translated the plates with the Urim and Thummim. It includes a new, detailed analysis of the Original and Printer's manuscript, together with other evidence, to corroborate what Joseph and Oliver always said about the translation.

The book also proposes an explanation for why David Whitmer, Emma Smith, and others who believed in the divinity of the Book of Mormon related the stone-in-the-hat narrative.

It's refreshing to see a new perspective with evidence that vindicates the teachings of the prophets and reaffirms the divine authenticity of the Book of Mormon.

Infinite Goodness: Joseph Smith, Jonathan Edwards, and the Book of Mormon. This book offers substantial evidence that the Lord prepared Joseph from a young age for his role as translator of the Nephite records. Critics have always sought alternative explanations for the origin of the Book of Mormon, such as the idea that Joseph composed the text or copied (plagiarized) previous books. Critics overlooked a basic point: evidence of composition is also evidence of translation. As the translator, Joseph necessarily used his own syntax and vocabulary, as guided by inspiration. The book also proposes that Jonathan Edwards, the great theologian of the 18th century, served as an Elias for the Restoration.

Lemurs, Chameleons and Golden Plates is an illustrated history of the Church from an African perspective. Internationally recognized African artist William Rasoanaivo, a Latter-day Saint currently living in Mauritius, depicts grandparents relating the message of the Restoration to their grandchildren.

In addition to a faithful presentation of the early events of the Restoration, the grandparents explain concepts of missionary and temple work, as well as the process of establishing Zion throughout the world.

References for further study are included at the end of the book, including links to the Joseph Smith Papers and other sources.

BTW, recently the Lemurs book was #13 on the Amazon list of bestselling new LDS releases on Kindle. It's available in French and Spanish as well as English.

Printed editions are available at Costco and Deseret Book stores throughout Utah, Idaho and Arizona. 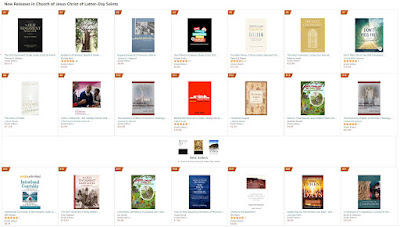 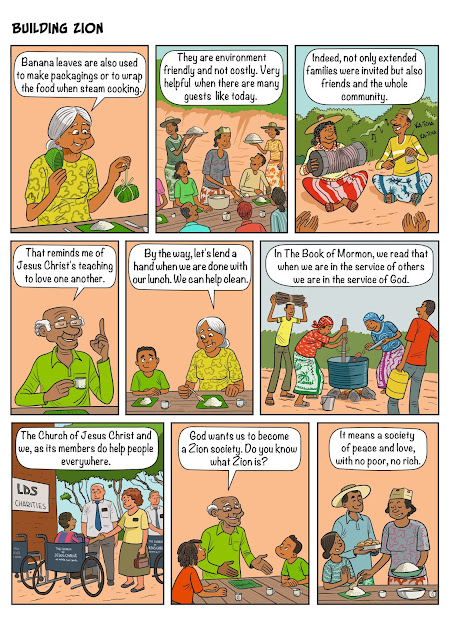 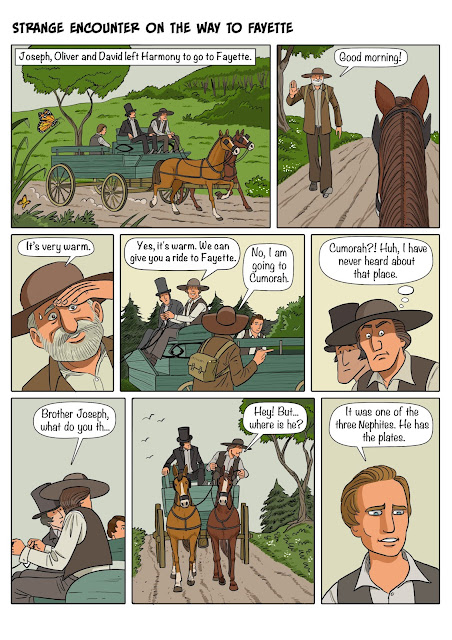