Most readers here are probably familiar with the Phoenicia. This is the ship that was built based on an ancient Phoenician ship and sailed first from Arabia around Africa toward North America before they managed to turn it back toward Africa (Lehi's route).

On the second voyage, they sailed from the Mediterranean to Florida (Mulek's route). 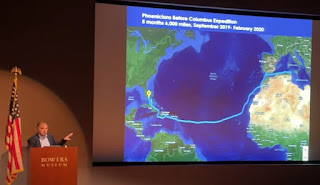 The captain, Philip Beale, recently gave a presentation to the Explorers Club in Southern California at the Bowers Museum. He discusses the second voyage. 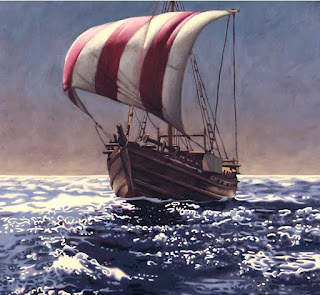 Here's a website documenting the second voyage, the Atlantic crossing.
https://www.phoeniciansbeforecolumbus.com/
One of the participants wrote a fairly detailed blog about her experience circumnavigating Africa on the first voyage:
https://www.themediterraneantraveller.com/phoenician-ship-expedition/
Another account of the first voyage:
https://arizonabeehive.com/in-the-footsteps-of-mulek-latter-day-saint-joins-expedition-to-recreate-book-of-mormon-voyage/
Here's a website on the current status of the Phoenicia:
https://www.phoenicia.rocks/