Because of confirmation bias, it is nearly impossible for people to weigh evidence identically. We don't even see it identically.

Our minds filter the deluge of data we absorb through our senses so we can sort it all out according to our priorities (and biases). That's why two people can observe the exact same event or consider the exact same set of facts yet reach two completely different conclusions.

In terms of Book of Mormon geography/historicity, there are dozens of plausible models, all of which honestly think they are faithfully applying the descriptions in the text to the real world. One group believes the entire Book of Mormon took place in Baja California. Another thinks it was in Panama. Others claim it took place in Chile, or Mesoamerica, or New York, or the Heartland, etc. Within each of there there are multiple possibilities that people discuss and even debate.

There are two additional groups that we won't discuss in detail here:

(i) those who say the geography doesn't matter (because they have the gift of "exceedingly great faith" (Moroni 10:11) and expect everyone else to have the same gift, contrary to Moroni's explanation that "there are different ways that these gifts are administered"); and

How confirmation bias divides people. Every proponent of one model thinks the other models are wrong because they are misinterpreting the text or are making invalid assumptions about cultures, languages, habitats, genetics, geology, changes in the physical structure of the land, and many other variables.

Confirmation bias makes it difficult, if not impossible, for people in one group to see the evidence the way people in another group see it. Hence, the confusion.

But really, all of these models have been developed by faithful members of the Church who believe the Book of Mormon is true. That common belief should be a unifying factor, but confirmation bias overrides the common belief in many respects. We can pile evidence on evidence, but it's all highly subjective because what each person considers to be persuasive evidence is based on his/her interpretation of the text. That's what makes the semantic debates so futile. Everyone who thinks they have "won" a semantic debate is living a delusion.

This is akin to the semantic debates about religion. Roman Catholics, Greek Orthodox, Evangelicals, Baptists, Methodists--for that matter Hindus, Muslims, and everyone else--has a set of beliefs based on their respective (and subjective) interpretation of what they, subjectively, decide is the Word of God.

These differences generate an emotional attachment to one's beliefs that reinforces the confirmation bias that prevents them from understanding others' views. We become attached to our worldviews. We identify with them. We also identify with "our team," the people who share our worldview.

With respect to the Book of Mormon geography issues, the dominant theory is M2C (Mesoamerican/two-Cumorahs theory). The fundamental premise of M2C is that the prophets are wrong about the New York Cumorah. Consequently, the M2C intellectuals rely on sophistry and absolute thought control through the citation cartel and the Correlation Department.

Of course, there is no majority rule in determining truth. Mormonism is far from the majority even within the Christian world. Every time I hear an LDS person say they "go with the scholars" or "accept the consensus" I wonder why if they realize how irrational that approach is. After all, the scholars and consensus in the world at large completely reject Mormonism.

But since it is the majority or "consensus" view in the Church today, let's take a look at M2C.

The M2C citation cartel is a group of intellectuals who have all been taught by CES/BYU to think of the Book of Mormon in terms of Mesoamerica and the two-Cumorahs. Other groups are also insular, of course, but in my interactions with the various groups, it is the M2C intellectuals who are the most heavily invested in their model. They have published books and articles, raised millions of dollars from donors, and taught M2C to thousands of students for decades. The COB* employees have imposed M2C on members through the Correlation, History, and other Departments.

The psychological cost of changing their views--of accepting the teachings of the prophets about Cumorah--is sky high. As a result, the stakes are very high for M2C intellectuals and their followers.

For this reason, they often respond with anger when challenged. Try it next time you run into a CES or BYU instructor. Tell them you think Cumorah is in New York and the Mesoamerican theory is a huge mistake. You'll see how angry they get. Or, if not angry, they'll demonstrate a passive/aggressive behavior in some way.

(You may find a CES/BYU/COB employee who has rejected M2C. If so, consider yourself lucky.)

There is a real sense among many Mormons that because CES/BYU/COB promote M2C, it must be "true."

And yet, there is a way for us to weigh the evidence in a meaningful manner.

That's what prophets are for.

Without prophets, we exist in a semantic battle with equivalent evidence that confirms everyone's biases. 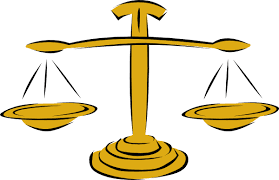 I'm referring, of course, to the New York Cumorah. 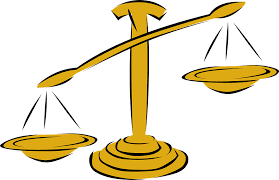 Even with the New York Cumorah, there are many ways the text can be interpreted and applied in the real world. But the prophets have given us an important constraint on our consideration of Book of Mormon geography that all members of the Church should be aware of, even if they choose to reject it.