I hear from a lot of people involved with missionary and activation work. In an effort to help avoid contention, this post is a guide to discussing the question of Cumorah with your friends.

Those of us who accept the teachings of the prophets about the New York Cumorah are happy and confident. We see the consistency between what the prophets have taught, the descriptions in the text of the Book of Mormon, and relevant anthropology, archaeology, geology, etc. The more we learn, the more we see that the prophets were right all along.

We understand the text better because it all makes sense in this setting. We don't have to rely on experts who tell us Joseph didn't translate it correctly, or didn't translate it at all, that he was an ignorant speculator, etc. We're puzzled by BYU professors who don't believe the Book of Mormon is a real history and by BYU professors who teach the Book of Mormon by using a fantasy map. 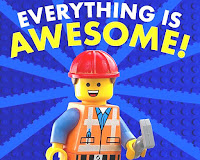 We see how the two-sets-of-plates explains what were once discrepancies in accounts in Church history. We see how Joseph was consistent throughout his lifetime and did not change his mind because of a popular 1841 travel book.

Everything is awesome, and it gets better all the time.

We want to share all of this, but we get a lot of pushback from our M2C friends.

The key point: contention is pointless. It never changes anyone's mind.  All you can do is provide information. Let your friends make up their own minds and accept their decisions. Don't expect anyone else to believe something just because you do. If you try to change someone else's opinion, you will become frustrated or even angry. Just look at how the M2C employees are acting on the Internet.
_____

One approach, of course, is to avoid the question. Never tell anyone what you've learned or what you think. If you're involved with missionary or reactivation work, just respond to the inevitable question about historicity by saying "We don't know where any of the events took place, where the people lived, etc."

We all know how well that goes over.

The other approach is to say you believe the Hill Cumorah is in New York, as the prophets have taught, but we don't know for sure the location of other events (as the prophets have also taught) because there are so many plausible locations throughout the Americas. You have ideas that seem to work, but you're not claiming any prophetic or Church support.

That's a solid answer. It's the same answer people give about the Bible; i.e., we know where Jerusalem is, and some of the other locations, but we don't know where all the events took place.
_____

If you take the second approach, you will probably get pushback from M2C intellectuals, their employees, and their followers.

Here is a question to ask when we discuss the Hill Cumorah with our M2C friends:

How many times do the prophets have to reaffirm the New York Cumorah before you will accept what they teach?

For most M2C intellectuals and their employees, the answer in their mind is this: "I'll never accept that. The prophets don't know. Our experts have interpreted the Book of Mormon for us and they say Cumorah can only be in Mesoamerica."

But they won't say that. Instead, they'll get angry and refuse to talk about it.

We reply, "Fine. We'll have to agree to disagree." No contention. Zero. Just move on.

For others, the answer is "Just one more time. Then I'll accept it."

For many M2C believers who have followed the M2C citation cartel carefully, the answer is, "I didn't know the prophets ever taught or reaffirmed that Cumorah is in New York."

We say, "Here's what they have taught."

They say, "Wow, I had no idea. I believe what the prophets have taught. They don't have to reiterate it again. I'll accept what they have taught."

IMO, so long as our leading intellectuals in the Church claim (and teach) that we need the modern prophets to reaffirm the New York Cumorah "one more time" before they'll accept it, there is no reason for the prophets to teach it yet again.

These intellectuals (and their followers) have rejected the teachings of all the prior prophets and apostles on this topic. We have no reason to believe they would accept the New York Cumorah even if President Nelson taught it tomorrow.

As they Savior said in John 5,

46 For had ye believed Moses, ye would have believed me: for he wrote of me.
47 But if ye believe not his writings, how shall ye believe my words?
_____

If you discuss Book of Mormon geography, especially the New York Cumorah, with an M2C brother or sister, you will observe a series of reactions.

Usually, as we saw above, they get angry and refuse to discuss the issue. This follows the example of the M2C intellectuals they follow.

If they are not as deeply emotional as Dan Peterson and his peers, they might engage in a discussion of the merits.

If they don't know much, the conversation will go something like this:

You: "I think Cumorah is in New York."

Them: "The experts (and their followers and employees) all say you're wrong."

You: "Do you sustain those experts as prophets, seers and revelators?"

Them: "Well, no, but their employees say they are hired by the prophets to guide the Church."

You: "And you believe that?"

You: "The intellectuals in the M2C citation cartel censor information that contradicts their theories. Why don't we discuss the facts so you can make an informed decision for yourself?"

If all your friends know about Cumorah is what they've learned from BYU, CES, FairMormon, the Interpreter, BYU Studies, Book of Mormon Central, etc., they're ignorant. They have no idea what the prophets have taught. Once they learn the truth, they may change their minds immediately. This is rare because few people have open minds.

If they are knowledgeable about the facts, and still believe in M2C, your M2C friends will respond with a series of "yes, but" statements, again following the lead of the M2C intellectuals.

You: Joseph knew the hill was named Cumorah even before he got the plates, as he related to his mother.

M2C: Yes, but maybe his mother misheard or misremembered.

You: She included this in her revision, which indicates it was specific and intentional.

M2C: Yes, but maybe she was relating the false tradition about Cumorah.

You: During their mission to the Lamanites in 1830, Parley and Oliver taught people that Moroni said the hill was named Cumorah anciently.

M2C: Yes, but maybe they were the ones who started the false tradition.

You: Shortly after he joined the Church, Heber C. Kimball visited the Hill Cumorah in New York and observed the embankment still around the hill.

M2C: Yes, but maybe he was mistaken.

You: Part of that embankment still exists.

M2C: Yes, but maybe it's a coincidence, or some farmer created it.

You: In Letter VII, Oliver said it was a fact that the mile-wide valley west of the Hill Cumorah was the scene of the final battles of the Jaredites and Nephites.

M2C: Yes, but maybe he was only stating his opinion.

You: But he said it was a fact.

M2C: Yes, but maybe he was speculating.

You: He was the ordained Assistant President of the Church, designated as spokesman.

M2C: Yes, but maybe he was speculating.

You: He and Joseph had been inside the Nephite depository of records inside the Hill Cumorah.

M2C: Yes, but maybe that was a vision of a hill in Mexico.

You: They went multiple times.

M2C: Yes, but maybe it was still a vision.

You: Joseph had his scribes copy Letter VII into his personal history as part of his life story.

M2C: Yes, but maybe he accepted the false tradition because he speculated, too.

M2C: Yes, but maybe they were speculating, too. In fact, they were definitely speculating, because our experts have interpreted the Book of Mormon for us and they say Cumorah is in Mesoamerica.

[This is where you get back to the beginning.]

You: How many times do the prophets have to reaffirm the New York Cumorah before you will accept what they teach?