One tactic our M2C friends employ to obfuscate the reality that they reject the teachings of the prophets about Cumorah is by weaponizing stigma.
There are various terms for this tactic: Stigma manufacturing. Directed stigma. Prisoner of stigma. 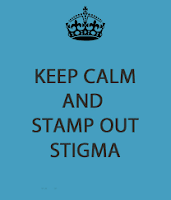 Weaponizing stigma is a common political strategy of making a person, group, or idea unacceptable by associating it with a mark of disgrace. Some recent infamous examples were Hillary Clinton's "deplorables" caricature, Donald Trump's "crooked Hillary," "Sleepy Joe" and "Basement Biden" epithets, or Biden repeating the "fine people" hoax over and over.
Weaponizing stigma is a form of psychological warfare, designed to deflect from the substantive issues.
For many years, our M2C friends tried to pigeonhole "Heartlanders" as naive, undereducated and uncredentialed, thus unworthy of consideration. They still pursue that tactic, but it backfires because the academic arrogance of the credentialed class is not only obvious but distasteful to most Latter-day Saints.
Lately they've resorted to manufacturing a stigma based on claims that "Heartlanders" are right-wing white nationalists who oppose immigration.
For example, FAIRLDS contributor and former Maxwell Institute researcher Hanna Seriac claims “Christian nationalism fuels their interpretation of everything.... They tend to be anti-vaxxers and to post about QAnon and are just prone to conspiratorial thinking.”
She's apparently oblivious to her own conspiratorial thinking she expresses here.
Worse, she knows perfectly well that there is no monolithic "Heartlander" political ideology and that there are Heartlanders around the world who not only don't know much about American politics, but couldn't care less. She knows because she and I have discussed this. But she won't say it publicly because it contradicts the narrative she is promoting to further her career.
Non-American "Heartlanders" are simply ordinary Latter-day Saints who still believe the teachings of the prophets and want to learn about extrinsic evidence that corroborates those teachings.
Just like many American Latter-day Saints of various political persuasions. Some of us are more liberal or conservative than others. Some have different national origins, cultural backgrounds, experiences, beliefs, priorities, etc.
IOW, Heartlanders are diverse and embrace diversity of all forms. We seek unity through diversity.
Nevertheless, Hanna relies on a particular blogger to perpetuate her caricature of "Heartlanders" so she can manufacture a stigma that, she hopes, will deter Latter-day Saints and others from learning about and considering the merits of what "Heartlanders" are saying about the Book of Mormon and Church history overall.
Not that Hanna is alone in her efforts. Brant Gardner, webmaster for the Interpreter and author of many M2C-promoting books and articles, assiduously opposes the "Heartlander" ideas and embraces the stigma tactic. “It has allowed a very jingoistic, very racist approach to the Book of Mormon,” Gardner said. “And there are a lot of people that resonates with.”
While the type of virtue signaling Hanna and Brant express undoubtedly comforts the M2Cers and reinforces their sense of intellectual and credentialed superiority, it perpetuates stereotypes and generates further division.
To be clear, I like Hanna and Brant personally. They're good people, sincere, and undoubtedly doing what they think is necessary to promote their own beliefs. I like and respect most people with whom I disagree because to me, none of this is personal. We're all in this together; everyone is seeking truth, trying to make the world a better place, etc.
In my view, though, creating and weaponizing stigma is counterproductive. We are dealing with two separate issues: politics, and Book of Mormon historicity.
I favor plurality and consideration of multiple working hypotheses.
I like to lay out all the facts, spell out the various assumptions people make about that evidence, draw inferences and interpretations, thread them together, and then articulate the hypotheses. That lets everyone make informed decisions.
But in my experience, the M2Cers not only don't want such openness, they actively oppose it.
Even if they have to weaponize stigma to confuse people so they can retain their status as the "Interpreters" for those they deem (and stigmatize as) lesser Latter-day Saints.
.
Posted by jonathan3d at 8:53 AM