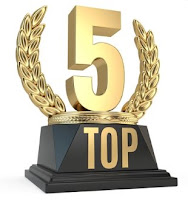 These are the posts I thought were the most important from 2022, with my reasons.
Each of these posts reflects different ways in which M2C has poisoned the narrative of the Restoration.
The Cumorah issue is not about various theories of Book of Mormon geography. That's what M2C advocates want people to think so they can avoid the issues.
Cumorah is far more fundamental than that.
By rejecting the teachings of the prophets about the New York Cumorah, M2C scholars, along with their employees, donors, and followers, have
(i) eroded confidence in the teachings of the prophets (particularly Joseph Smith and Oliver Cowdery),
(ii) misled and confused Latter-day Saints about Church history, and
(iii) created a specific, manipulative interpretation of the text to support an implausible historicity of the Book of Mormon.
There is no need for the M2C scholars to change their minds. That would be asking too much. But the problem could be easily solved if leading LDS scholars (along with their employees, donors, and followers) swallowed a humility pill and accommodated multiple working hypotheses, but there is little sign that they are willing to do so.
The top 5 posts:
_____

5. Nationalism, M2C, critics, and other topics

Intellectual debate on issues is useful and important. Unfortunately, many LDS intellectuals have dodged debate by raising red herrings (such as nationalism) and straw man arguments.

4. The Tragedy of Book of Mormon Central (3 parts)

I like the idea of independent LDS scholars explaining our faith in as many different ways as they can. For that reason, I embrace the concept of Book of Mormon Central (BMC).

Unfortunately, due to the ideology of its principals, BMC is a multimillion dollar operation that (in my opinion) deliberately misleads its donors by professing neutrality on Book of Mormon geography issues while aggressive and exclusively promoting M2C. BMC further misleads its English audience by promoting a detailed M2C geography on its Spanish language page. BMC uses the millions of dollars it raises to compete with official Church media for attention, such as with its "Come Follow Me" videos and ScripturePlus app, all in an effort to promote M2C (and SITH) while excluding alternative faithful interpretations of the text and the teachings of the prophets.

I still hope for the day when BMC will seek to unite, instead of divide, Latter-day Saints by welcoming and accommodating multiple working faithful hypotheses.

3. Original Manuscript: Vol 5 of JSP, but full of agenda-driven content

The Joseph Smith Papers project is outstanding in every way, except for one serious flaw: the editors have chosen to promote modern theories and interpretations at the expense of objective historical analysis. The notes and even some editorial decisions have been made to promote two theories in particular (SITH and M2C). That narrative poisoning seeped into the Saints books and the Gospel Topics Essays, among other things. These problems were foreseeable and could have been avoided, but it's not to late to improve the editorial content by removing the modern theories and observing a more accurate narrative present (i.e., reporting what the historical figures recorded instead of modern spin).

2. The Rising Generation, SITH and the GTE

The impact of SITH and the GTE on the rising generation seems obvious, but many of the hired LDS intellectuals treat the GTE as scripture, defying the original (and stated) purpose of those essays. Some think these intellectuals defend the GTE because they wrote the GTE. Regardless, the GTE have been revised in the past and should be revised again.

The whole Cumorah issues remains perplexing. We have a citation cartel of like-minded LDS intellectuals who continue to resort to sophistry and rationalization to repudiate the teachings of the prophets about the New York Cumorah, solely to protect their personal theories about M2C. While problems of academic arrogance, defensiveness and intransigence is well-known in many (if not all) areas of academic endeavor, it's inexcusable in this context.

It's one thing to repudiate the teachings of the prophets; scholars have done that for generations, even at BYU. As long as the scholars explain their reasoning, people can make up their own minds. But it's another thing for Latter-day Saint scholars to use their fiduciary positions at BYU to censor the teachings of the prophets so their students cannot even make informed decisions. Yet this is the current position of the citation cartel scholars.

Fortunately, the Maxwell Institute and BYU Studies have moved away from the citation cartel, somewhat (although BYU Studies still features the Sorenson/Welch M2C maps and other materials).