Some people think I should be satisfied now that Book of Mormon Central (BMC) has replaced their M2C logo with the generic starburst.

I agree it's a big step in the right direction. For years I've been saying that I am eager to work with and support BMC, that 80-90% of their content is great, that everyone who works there is an awesome Latter-day Saint, etc. But the twin narratives of M2C and SITH detract so deeply from the message of the Book of Mormon and the Restoration that their overall work remains tainted despite the new logo.

By now, it is obvious to everyone that BMC spending millions of dollars to promote M2C is not just wasteful, but destructive--exactly as Joseph Fielding Smith warned us decades ago when he said this theory would cause members of the Church to become confused and disturbed in their faith. The realization of that warning is all around us.

Nevertheless, at first glance, we can hope the new BMC logo marks a change in direction (at least a baby step) toward more honest and inclusive scholarship.

Here is the old M2C logo (originated at FARMS, then used by the Maxwell Institute, then used by BMC), which symbolized the way M2C narrative poisoning permeated much of LDS scholarship.

The new sunburst logo, although generic, is a much better look for many reasons.

It's an ideal logo for "multiple working hypotheses" in case the people at BMC ever decide to adopt an intellectually honest approach to Book of Mormon historicity/geography.
Even the Tyler and Taylor show now features the new logo.

However...
Changing the logo is a superficial rearrangement of the deck chairs on the Titanic because BMC continues to teach and promote M2C (and SITH).
For example, it's awesome that they've retroactively replaced the M2C logo on their old videos, including the one in which they explain the BYU fantasy map they use to teach the Book of Mormon.

But notice: they still teach M2C.
And despite the new logo, they continue to mislead English-speaking audiences (and donors) by claiming neutrality while their Spanish-language page overtly and explicitly teaches M2C. 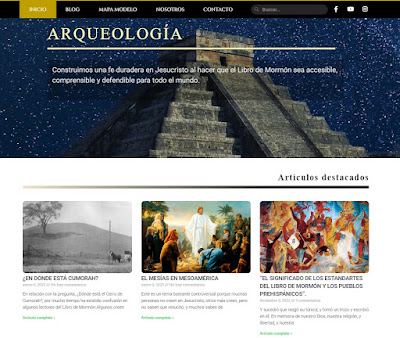 The very first "Kno-Why" featured on the Spanish-language site is a translation of the deplorable "No-wise 489" about Cumorah. We discussed this one before.
https://www.bookofmormoncentralamerica.com/2022/01/classic-post-1-no-wise-489-where-is.html
So long as BMC continues to promote M2C exclusively, it is not a serious academic endeavor.
But when it teaches one thing to Spanish-speakers, while presenting a completely different editorial policy of neutrality to English-speakers, it is not even an honest academic endeavor--despite an improved logo. 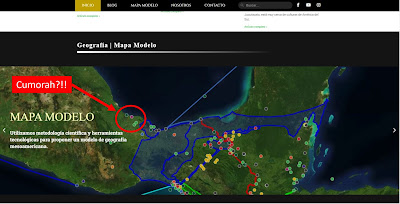 _____
As always, we plead with BMC to change course by accommodating multiple faithful working hypotheses about Book of Mormon translation and geography, including hypotheses that validate and corroborate the teachings of the prophets about the New York Cumorah.