Again with the volcanoes

I hope you're sitting down.

Book of Mormon Central continues to double down on the volcano nonsense.

In this case, the text never mentions volcanoes. With that in mind, look at this KnoWhy:
https://knowhy.bookofmormoncentral.org/content/what-caused-the-darkness-and-destruction-in-the-34th-year

I've written about the volcano theory before. It is pure confirmation bias. Here's the logic:

1. BOMC insists the Book of Mormon took place in Central America.
2. Central America is part of the ring of fire of active volcanic activity.
3. Therefore, the destruction in 3 Nephi must have been caused by volcanoes. 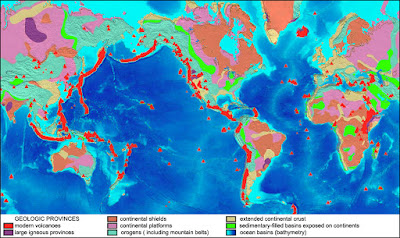 The Mesoamerican advocates want you to believe that in the 1,000-year history of the Nephites in Mesoamerica, even though they never once mentioned volcanoes, they actually lived in one of the most active volcanic areas on the planet.

In that 1,000 years, there was only one volcanic eruption, and it was the one in 3 Nephi.

But even then, the Book of Mormon authors forgot to mention a volcano!

If you want to learn about a real-life natural disaster that closely matches the 3 Nephi description without the addition of volcanoes, go here: https://earthquake.usgs.gov/earthquakes/states/events/1811-1812.php
Posted by jonathan3d at 7:59 AM