The biochemistry of M2C and Mesomania

This post is one of the most important I've made because it addresses a fundamental issue that affects all of us throughout our lives.

As it relates to the Book of Mormon, this issue explains why the teachings of the prophets about the Hill Cumorah are being systematically censored and removed from the historical record.
_____

The most critical statement in the Gospel Topics Essay on Book of Mormon Geography is this:

All parties should strive to avoid contention on these matters. 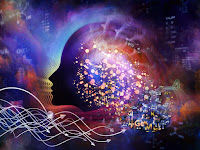 When people are contending over something such as M2C, they usually think they are using facts and logic, but they are actually just responding to biochemistry.

When our brains detect an unpleasant conflict between data and what we want to believe, they use biochemistry and faulty reasoning to reduce distress. This is a biological description of bias confirmation.

I used to see this all the time when I practiced law. Clients are naturally emotional, convinced they are right, etc. One of the most difficult tasks for a lawyer is conveying objective (or even quasi-objective) reality to their own clients.

I'll discuss this topic more in my updated, expanded edition of Mesomania, coming this fall, but in the meantime, let's take a quick look at what's going on.
_____

Today I'll focus on M2C because people tell me that employees of Book of Mormon Central are still arguing about M2C stuff on their blogs and other social media. There's a lot of anger, emotions, etc.

No one is to blame for that reaction. It's merely a result of biochemistry.

People believe they are thinking rationally, based on facts, but their brains are simply engaged in self-defense. Their brains perceive confirmation of the M2C bias as pleasurable, while criticism of M2C is painful.

The study explained it this way: "The neural circuits charged with regulation of emotional states seemed to recruit beliefs that eliminated the distress and conflict partisans had experienced when they confronted unpleasant realities."
_____

The fascinating thing is that the better educated, more motivated, and "smarter" a person is, the more their brain chemistry will "develop complex rationalizations for dismissing data they don't want to believe."

Every human brain does this; it's basic biology. That's why bias confirmation is difficult to overcome.

Having believed M2C for decades, but now realizing it's a hoax, it's easier for me to recognize the biochemistry involved than it is for those still within the M2C bubble. It's also why none of this is personal or upsetting to me. I really don't care what anyone else believes, and I'm not trying to persuade anyone. I just want people to make informed decisions, and understanding neurochemistry is part of that.
_____

For everyone interested in Book of Mormon historicity and geography, brain chemistry is activated by the mere term Cumorah.

Every time an M2C follower sees a map of Mesoamerica with Cumorah in southern Mexico, his/her brain generates a positive response.

Every time an M2C follower sees a map of Cumorah in New York, his/her brain generates a negative response.

The psychological problem for M2C followers is that their brain normally generates positive responses to the teachings of the prophets. For example, they accept almost everything President Oliver Cowdery taught. Same with the other prophets who have reaffirmed the New York Cumorah.

But they can't accept what President Cowdery and the other prophets have said about the New York Cumorah.

Consequently, when they read Letter VII, the psychological conflict causes greater pain that requires a stronger response. This is why you see them act so aggressively in word and deed.

They get negative rewards when they see material that repudiates the teachings of the prophets.

This also explain why the Gospel Topics Essay doesn't want anyone talking about this at Church. Because there is such a stark difference of opinion, no matter which side is represented, someone will feel pain while someone else will feel happiness.

That's why it is essential that the Gospel Topics Essay be actually implemented, starting by getting rid of the M2C materials in the curriculum and media.
_____

As astute readers, you've already recognized that there's a problem with the censorship approach. We'll discuss it another time, but basically, as Andrew Yang recently tweeted, "Trying to suppress ideas often doesn’t truly make them disappear - it just pushes them into the shadows where they sometimes gain strength and currency. Being open to ideas is itself a sign of confidence in your own."
_____

Neurochemistry helps explain how biases are formed in the first place. 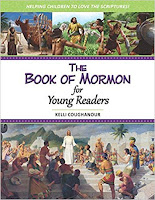 Let's say you're a kid. Your parents give you a book such as Kelli Coughanour's "The Book of Mormon for Young Readers.

You're going to develop all kinds of positive emotions about this book. It's a gift from your parents. They read it with you. They encourage you to have faith in it.

Your brain will give you reward signals whenever you see the infamous painting of Christ at Chichen Itza, or Mayan pyramids, or maps of Mesoamerica.

You progress through Seminary, Sunday School, and the youth programs. Your parents and Church leaders encourage you to read books by M2C scholars. At every step, your M2C bias is reinforced by people you've been taught to believe and admire.

Maybe you visit the North Visitors Center on Temple Square and see Mormon depicted in a Mexican cave, surrounded by Mayan glyphs as he abridges the records. Off in the distance, all by himself, Moroni is depositing the plates in "a hill in New York."

Let's say you go to BYU and walk into Brother Tyler Griffin's awesome first-year Book of Mormon class. He explains the Book of Mormon with his fantasy map.

You go on a mission and get more M2C reinforcement at the MTC because you don't realize (and no one is going to tell you) that the Church leaders for whom the buildings are named actually taught that Cumorah is in New York.

Maybe somewhere along the line, maybe several times, you come across one of the teachings by Church leaders about the New York Cumorah, such as Letter VII or a map of a proposed geography, that supports those teachings.

You brain registers an immediate negative response. Your neurochemistry quickly responds by invoking the M2C images and arguments you are comfortable with.

You hurry to FairMormon, Book of Mormon Central, or another member of the M2C citation cartel because you know they will safely confirm your bias and give you positive feedback.

Sure enough, you read a Kno-Why and your bias is confirmed. Your neurochemistry keeps you happy.

It happens on all sides of the issue, and that's why this issue never gets resolved.

In upcoming posts, we'll see how and why this problem is getting more serious all the time.
_____

Excerpts from the article about the study:
when partisans face threatening information, not only are they likely to convince themselves (unconsciously) — or “reason” — to emotionally biased conclusions, but scientists can trace their neural footprints as they do it.

When confronted with potentially troubling political information, a network of neurons becomes active that produces distress. Whether this distress is conscious, unconscious, or some combination of the two, we don’t know.

The brain registers conflict between data and desire and begins to search for ways to turn off the spigot of unpleasant emotion. We know that the brain largely succeeded in this effort, as partisans mostly denied that they had perceived any conflict between their candidates’ words and deeds.

As Westen points out, chemicals in the brain are like drugs, positive emotions are related to dopamine (a neurotransmitter found in rewards circuits in the brain) and inhibition and avoidance are associated with norepinephrine (a close cousin of the hormone adrenalin, which can produce fear and anxiety.) The brain function of partisans sought good chemicals and avoided bad ones.

Not only did the brain manage to shut down distress through faulty reasoning, but it did so quickly – as best we could tell, usually before subjects even made it to the third slide. The neural circuits charged with regulation of emotional states seemed to recruit beliefs that eliminated the distress and conflict partisans had experienced when they confronted unpleasant realities. And this all seemed to happen with little involvement of the neural circuits normally involved in reasoning.

But the political brain also did something the researchers didn’t predict.

Once partisans had found a way to reason to false conclusions, not only did neural circuits involved in negative emotions turn off, but circuits involved in positive emotions turned on. The partisan brain didn’t seem satisfied in just feeling better. It worked overtime to feel good, activating reward circuits that give partisans a jolt of positive reinforcement for their biased “reasoning.” These reward circuits overlap substantially with those activated when drug addicts get their “fix,” giving new meaning to the term political junkie.

Westen shows that the brain “gravitates toward solutions designed to match not only data but desire,” by firing up activation to networks that lead to conclusions associated with positive emotions and inhibiting networks that would lead to negative emotions. This neurological-level process is so powerful that positive and negative feelings influence which arguments even reach our consciousness in the first place, as well as the amount of time we might spend thinking about different arguments, and the extent to which we either readily accept or critically search for “holes” in arguments or evidence that is emotionally reinforcing or threatening. On an unconscious level, the chemicals in our brains help us decide which news outlets we seek out and the company we keep. In short, as suggested by the neuroimaging study with which Westen begins his book, “our brains have a remarkable capacity to find their way toward convenient truths—even if they’re not all that true.”
This is especially true for those of us who are politically-engaged and informed. Political junkies, that’s you! Westen shows that partisans are most affected by chemically-altered reinforcement of our own worldviews:

For years, political scientists tended (or perhaps wanted) to believe that emotion-driven thinking is more characteristic of less sophisticated or less knowledgeable voters. However, the more sophisticated people are politically (e.g., the more they know about an issue), the more able they are to develop complex rationalizations for dismissing data they don’t want to believe. Politically knowledgeable citizens also tend to be partisans, which gives them the strongest reasons for distorted reasoning.

Don't read the next paragraphs.

The arguments M2C intellectuals put forth through the cartel (FairMormon, Book of Mormon Central, the Interpreter, BYU Studies, etc.) rely on sophistry and logical fallacies that appeal only to those who share the biases they are confirming. To the rest of us, the fallacies are transparent.

This is a recent comment by Attorney General Barr that has obvious comparisons with the way the M2C intellectuals operate.

Mr. Barr: “In my mind, they are, sure. I mean, republics have fallen because of Praetorian Guard mentality where government officials get very arrogant, they identify the national interest with their own political preferences and they feel that anyone who has a different opinion, you know, is somehow an enemy of the state. And, you know, there is that tendency that they know better and that, you know, they’re there to protect as guardians of the people. That can easily translate into essentially supervening the will of the majority and getting your own way as a government official.”