The Midnight Mormons are good guys, trying to do something positive. We respect that. But they don't live up to their motto, as described on twitter:

We aren’t apologists, we are radio hosts who call out B.S. when we see it.

You can't call out B.S. from a position of ignorance.

They need to up their game, because everyone can see that CESLetter and John Dehlin are lapping Midnight Mormons (and the M2C citation cartel*) when it comes to informed discussions of Church history, Book of Mormon historicity, and other issues. That explains the disparity in views and subscribers, not to mention outcomes.

Faithful Latter-day Saints should be the best-informed people in the world on these issues, but that's impossible if they rely on the M2C citation cartel for their information.

To his credit, at least Kwaku has a somewhat open mind and has looked into a few things. He explained that his M2C bias comes from his friends. The other two, not so much.

Cardon Ellis asked "what was the narrow neck of land that shows up in like 20 different books." (Actually, it shows up only once, in Ether 10:20**).

Brad Witbeck admitted he's not "super familiar" with the issues (as if that's a feature, not a bug) and yet he acted as the authority on the show, spouting the talking points he's learned from FairLatterdaysaints and the rest of the M2C citation cartel. 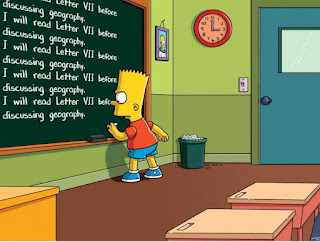 Before Midnight Mormons discuss the Book of Mormon, they need to graduate from elementary Letter VII school. They can start here:

Then they can attend Cumorah school, starting here:

Naturally, they'll consult their friends at Book of Mormon Central, FairLatterdaysaints, the Interpreter, and the rest of the M2C citation cartel. We'll save them some time, because the cartel has one answer: 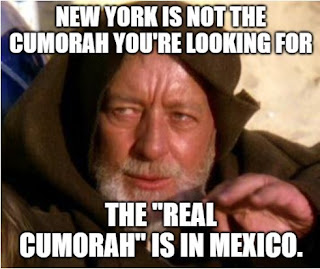 This should be a wake-up call for anyone who still doesn't understand what is happening to the younger generations of the Church.

Thanks to the M2C citation cartel, they are dwindling in unbelief and ignorance.

Or, as Paul explained, they are "Ever learning, and never able to come to the knowledge of the truth." (2 Timothy 3:7) Watch the way Midnight Mormons stumbled through various speculation about geography, focusing on the "narrow neck" and "snow" instead of the core Cumorah issue.

Let's liken the scriptures unto us, starting with Mosiah 26:1-2.

1 Now it came to pass that there were many of the rising generation that could not understand the words of Joseph Smith, Oliver Cowdery, their contemporaries and successors, being little children at the time they spake unto their people; and they did not believe the tradition of their fathers.

2 They did not believe what had been said concerning the New York Cumorah, neither did they believe concerning the translation of the Book of Mormon from the plates with the Urim and Thummim.

Those of us who are "seasoned" members of the Church are still familiar with the teachings of the prophets about Cumorah. They were in our Institute and Seminary manuals. We learned Church history before the New York Cumorah was "de-correlated" by the Saints book. We still read the original documents in the Joseph Smith Papers so we can see how the Saints book promoted a specific agenda instead of accurately representing what historical figures actually thought.

The M2C citation cartel has managed to create a situation in which faithful Latter-day Saints who want to know what the prophets have taught about Cumorah turn to critics of the Church such as CES Letter and MormonStories.
That should change. Immediately.
Midnight Mormons should help educate the "rising generation" instead of encouraging ignorance.

*M2C = Mesoamerican/two-Cumorahs theory, which teaches that Joseph and Oliver were ignorant speculators who misled everyone about the New York Cumorah until modern LDS scholars figured out that the "real" Cumorah of Mormon 6:6 is somewhere in southern Mexico.

**The "narrow neck of land" in Ether 10:20 is a reference from a different civilization and different time than the Nephite references to a different "small neck" and a "narrow neck" which, because it didn't mention land, was likely a waterway. M2C scholars conflate the three features to make their geography work. Common usage of the term "narrow neck" by early Americans, including George Washington, show that the term can apply to any number of ordinary geographical features.