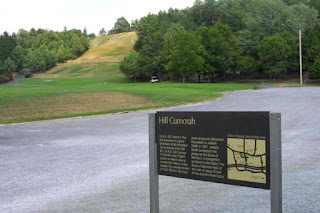 In our discussions of Cumorah, we often refer to D&C 128:20. This was the letter Joseph wrote to members of the Church that was first published in the Oct. 1, 1842, Times and Seasons in Nauvoo.

M2C intellectuals claim the reference is ambiguous. Joseph could have been referring to a hill in southern Mexico!

These same intellectuals know that, just the year before, Letter VII was republished in the same newspaper, but they never tell people about that. (Letter VII unambiguously declares that the Cumorah of Mormon 6:6 is the same hill where Joseph found the plates).

They know that Letter VII was again republished in the Church newspaper in New York City called The Prophet, this time in June 1844 (it appeared two days after the martyrdom).

Letter VII was also published in early 1844 in a special pamphlet in England.

This means that both before and after D&C 128 was published, Letter VII was republished in Church newspapers for everyone to see.

The answer is simple: members of the Church are never taught about Letter VII or the New York Cumorah.

For example, the Church History Department has a great publication titled Revelations in Context. It gives background for the Doctrine and Covenants. Here's the chapter that covers D&C 128:
https://history.lds.org/article/doctrine-and-covenants-baptisms-for-the-dead?lang=eng

It's a good discussion about part of D&C 128, the part that covers baptism for the dead.

But the chapter never mentions Cumorah or Joseph Smith's enthusiastic overview of the Restoration. People reading Revelations in Context will never now why Joseph referred to Cumorah in D&C 128.
_____

Doctrine and Covenants 125, a brief revelation received in March 1841, concerns the establishing of the Zarahemla stake across the Mississippi River, in Iowa Territory.

If you actually read D&C 125, it says nothing about the stake in Zarahemla. Instead, it says this:

3 Let them build up a city unto my name upon the land opposite the city of Nauvoo, and let the name of Zarahemla be named upon it.

In my view, the Lord named this area Zarahemla because that's where ancient Zarahemla was, but you'll never see a discussion about that because it contradicts M2C.
_____ 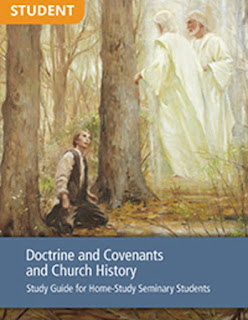 Maybe you want to learn more about what Joseph meant in D&C 128:20 so you look at the Seminary and Institute manuals. We've already seen that the book Saints is now part of that CES curriculum, and because Saints censors the term Cumorah, it doesn't help.

Last year, students studied the Book of Mormon. The manuals don't mention the term Cumorah, even when they cover Mormon 6. Look at how the Introduction avoids using the term:

His abridgement was recorded on the plates of Mormon, also known as the gold plates. Following Mormon’s death, his son Moroni finished the record and the plates were hidden until they were given to the Prophet Joseph Smith.

This year students are covering Church history and the Doctrine and Covenants. The manual doesn't mention Cumorah. Even the lesson that covers D&C 128:20 doesn't mention, let alone explain, Cumorah.

It's easy to see how current BYU and CES students are so easily persuaded to accept M2C.

They are never taught what the prophets and apostles have taught about the New York Cumorah.