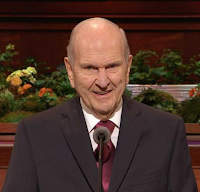 I have a new blog that considers the teachings of President Russell M. Nelson.

You should subscribe to it because I'm going to spend more time over there than here.

The reason is that by now, everyone knows the issue of Book of Mormon geography boils down to a simple choice:

If you think there is an alternative, you are trying to avoid the cognitive dissonance that this choice presents. You want to believe the prophets, but you also want to believe M2C.

M2C intellectuals and their followers try to escape their cognitive dissonance by saying that the prophets were merely expressing their own opinions, so it doesn't matter that they were wrong. But that's what everyone says when they disagrees with the prophets about any topic.

Here's a key point: the New York Cumorah does not determine any other geographical issues.

You can accept the New York Cumorah and still believe in a Mesoamerican setting for the other events. A lot of people do. I have no problem with that.

But I have a major problem with M2C (Mesoamerican/two-Cumorahs theory) because the foundation of M2C--the sole reason for its existence--is the teaching that the prophets are wrong about the New York Cumorah. (This is the same problem for those who advocate Cumorah is in Baja, Panama, Peru, Chile, etc.)
_____

The M2C intellectuals invented the idea of "two Cumorahs" because they recognize that Joseph Smith and his contemporaries and successors all taught that the hill Cumorah (Mormon 6:6) is in New York. But the way these intellectuals interpret the text requires that the "real" Cumorah be located in southern Mexico. Therefore, they conclude the prophets must be wrong.

Hence, the dilemma for M2C.

The M2C intellectuals know the only way they can perpetuate M2C is by censoring the teachings of the prophets about the New York Cumorah and all the information that corroborates those teachings.

The M2C citation cartel uses censorship and obfuscation to prevent members of the Church (as well as nonmembers) from making informed decisions about what to believe regarding the Book of Mormon.
_____

For me, this is an easy choice, really.

When exposed to someone else's point of view, many people are blinded by their cognitive dissonance. Their minds literally prevent them from seeing evidence that contradicts their own beliefs. When they can see the evidence, they interpret it in a way that confirms their biases. 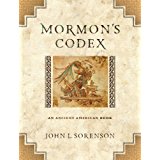 It's anti-science so claim such a theory is "beyond question."

M2C depends on a delusion of infallibility.

The M2C citation cartel exists because its members actually believe their ideas are beyond question!

What makes Brother Sorenson's delusion a matter of public comment is the sad reality that many members of the Church share the same delusion about M2C--because they are intentionally kept ignorant of alternatives, including the teachings of the prophets.
_____

This anti-science approach is why M2C is not credible to anyone who doesn't already share the M2C bias.

Then why do so many Church members seem to accept M2C?

Simply because they don't know any better. The M2C citation cartel prevents members of the Church from making informed decisions. Tomorrow we'll see an example from the Gospel Topics essays.

Normally, we expect academics to oppose censorship, but the M2C intellectuals depend on censorship.

On what basis does the M2C citation cartel justify censoring and opposing the teachings of the prophets?

Why would M2C intellectuals take the anti-science position that their theory is "beyond question?"

They need their followers to believe that M2C is the only credible explanation for the Book of Mormon because otherwise, people will look around and discover there is plenty of scientific evidence that supports the teachings of the prophets about the New York Cumorah.

Now, you can be sure that these LDS scholars are not comfortable with people knowing they have repudiated the teachings of the prophets. Let's look at how they obfuscate their position to confuse members (and leaders) of the Church.

When I returned from my first mission (to France), the first General Conference I watched was October, 1975. You can see the entire conference report here:

The first three sessions were opened by members of the First Presidency:

President Romney's talk, titled "America's Destiny," declared in no uncertain terms that the hill in New York where Joseph found the plates is, in reality, the hill Cumorah where the final battles of the Jaredites and Nephites took place. You can read or watch it here:

These two conference addresses were part of a long line of consistent and persistent teachings by the prophets about the New York Cumorah.

No prophet or apostle has ever modified or questioned these teachings, let alone repudiated them.

So how do our M2C scholars justify their rejection of this teaching?

They claim these prophets were merely speaking as men, and they were wrong.

Obviously, that doesn't go over well with most members of the Church--especially those who don't  already share their M2C infallibility delusion.

The fallback M2C position is to claim equivalence; i.e., sure, maybe they, as scholars, are not infallible, but the prophets aren't infallible, either.

Which leaves us back at the beginning: do we choose to believe the prophets or the scholars?
_____

Another fallback position taken by the M2C intellectuals is to cite the Encyclopedia of Mormonism, which includes a hilariously self-serving entry on Cumorah, written by David Palmer, who cites only his own book. I've discussed EoM and Palmer in detail on this blog before. I included links on my PresidentNelsonSpeaks blog, referenced at the beginning of this post.
_____

Bottom line, members of the Church are free to believe whatever they want, as our Articles of Faith explain.

I don't care what anyone else thinks. I'm fine with M2C scholars thinking the prophets are wrong. That's their choice.

I'm not as fine with them teaching all the youth in the Church that the prophets are wrong, but I'd be okay even with that if they would also at least inform students what the prophets have actually taught. That would let the students make informed decisions.

But instead, the M2C intellectuals and their followers inflict their own cognitive dissonance onto their students by using fantasy M2C maps, without informing them what the prophets have taught.

This is a short-sighted, tragic approach because eventually, most members of the Church will discover what the prophets have taught about the New York Cumorah.
_____

As I wrote at the outset, I think the M2C intellectuals know the only way they can perpetuate M2C is by censoring the teachings of the prophets about the New York Cumorah and all the information that corroborates those teachings.

And to paraphrase the Washington Post, Truth Dies in Darkness.
Posted by jonathan3d at 7:30 AM