Based on the inquiries I get, many people are still perplexed about the prevalence of M2C* in the Church today. This post is a quick summary for new readers.

Church members are perplexed because M2C directly and specifically repudiates the teachings of the prophets and apostles about the hill Cumorah in New York.

Promoters of M2C are faithful, well-meaning members of the Church who honestly think the prophets are wrong. These promoters teach that the prophets were merely "expressing personal opinions" but were wrong because they lacked the education to fully understand the Book of Mormon and the relevant sciences.

According to the M2C intellectuals, Joseph Smith, Oliver Cowdery, and their successors were ignorant speculators who misled the Church about the New York Cumorah.

So we ask again, how did M2C spread throughout the Church? 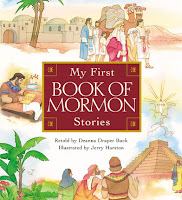 The youth in the Church have been, and still are being, groomed to believe M2C.

It starts with portrayals of Mayan temples in books for primary-age children.

No matter where you look, images of Mayan temples are indelibly linked to the Book of Mormon. 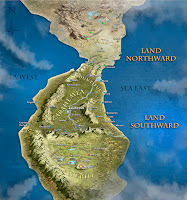 Then, in Seminary, Institute, and at BYU campuses, students are taught to understand the Book of Mormon by reference to fantasy-world maps, designed to resemble Mesoamerica.

These fantasy-world maps imprint an interpretation of the text that was developed specifically to justify M2C.

These maps have the side-effect of framing the Book of Mormon as fictional, akin to The Lord of the Rings, The Chronicles of Narnia, or any popular video game.

Throughout the Church, the teachings of the prophets and apostles about the New York Cumorah are censored.

The book Saints is merely the latest example.

The authors publicly admitted they created a false historical narrative to censor the New York Cumorah and accommodate the modern idea of M2C.

But Saints is not alone. The New York Cumorah has been censored from lesson manuals, Church media, Church artwork, etc.


You can still find the teachings of the prophets and apostles if you read the General Conference reports and the Joseph Smith Papers, but even there, the search software suppresses Cumorah so it's more difficult to find.
_____

M2C originated with scholars from the Reorganized Church of Jesus Christ of Latter-day Saints who also claimed Brigham Young was a false prophet.

Even when members of the First Presidency and Quorum of the Twelve taught the New York Cumorah in General Conference, these M2C scholars taught their students the prophets were wrong.

Intellectual support for M2C grooming was provided for years by FARMS. FARMS was disbanded, but the intellectuals behind FARMS created new organizations to promote M2C.

Now M2C is being enforced by BYU Studies, the Interpreter, FairlyMormon, Meridian Magazine, and other members of the M2C citation cartel.


Fine young LDS scholars, educated by BYU and/or CES, believe what they've been taught about M2C, and now they are helping groom their peers and younger people through social media.

To accomplish this goal, BOMCC has an extensive and aggressive fundraising initiative, seeking donations from members of the Church to promote M2C.

BOMCC has editorial policy of actively promoting M2C, while also censoring any alternative ideas, including the teachings of the prophets and apostles.
_____

If you don't know what they have taught, you can start with Letter VII, an important explanation of the New York Cumorah from Oliver Cowdery and Joseph Smith. Letter VII is discussed here: http://www.lettervii.com/.
_____

In upcoming posts, we'll examine the intellectual genealogy and psychology of M2C. We'll also look at the underlying sciences and how real-world science supports the teachings of the prophets.

* M2C is the acronym for the Mesoamerican/two-Cumorahs theory of Book of Mormon geography, which teaches that the prophets and apostles are wrong about the New York Cumorah, and that all the events of the Book of Mormon took place in a limited area of Mesoamerica.
Posted by jonathan3d at 4:32 AM