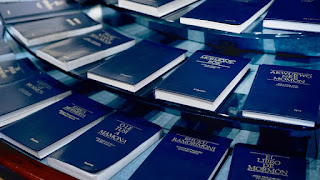 People who study the Book of Mormon in detail need to use the English version. All the translations I've looked at so far have problems because the translators were thinking "Central America."

This shouldn't be a surprise. English is the source language for the Book of Mormon. (Technically, the plates are, but we don't have access to them right now, so we have to work with the English text.)

The basic gospel principles are convened effectively into different languages, but in-depth study requires familiarity with English, just as those who study the Bible use the Greek and Hebrew. When I studied the New Testament in Greek, it quickly became apparent why there are so many variations among the translations.

Translating any language into another is a subjective effort in many respects. There are some words that translate clearly, but others that have no direct one-to-one correlation. In these cases, the translator has to clearly understand the ideas conveyed by the source document and then try to find a comparable expression in the new language. This creates two elements of subjectivity that readers in the new language usually aren't even aware of.

Unfortunately in the case of the Book of Mormon, official translations have been implemented with M2C in mind.

I've discussed how the translations of the Book of Mormon promote M2C* instead of accurately reflecting Joseph's English translation. The example I discussed was the translation of "head of Sidon," which is being translated into foreign languages as the "source of Sidon." This is not a translation but an interpretation, guided by M2C.
_____

A few weeks ago in France I was made aware of additional M2C spin in the translations.

4 And it came to pass that they would not suffer that he should enter into the city; therefore he went and got upon the wall thereof, and stretched forth his hand and cried with a loud voice, and prophesied unto the people whatsoever things the Lord put into his heart.

What was the wall made out of? The text doesn't specify. Could be stone, wood, earth, bricks--pretty much anything a wall can be made out of.

Here it is in French:

The French word "muraille" means not simply a wall (mur), but a bulwark, a thick wall, a vertical wall, masonry raised around a castle or city, etc. One commentator explained the difference this way:

"Mur" = any wall you may think of, including some barriers ("sound barrier" = "mur du son").
"Muraille" is never used for a house, even for a castle. It means something really huge and preferably very old and always made of stone, enclosing a stronghold, a town or a whole country. It is also sometimes used to describe a high cliff or a steep mountain slope.

A French member of the Church told me this term definitely means a stone wall. That's one reason why people who read the French translation think of Mesoamerica.

But it's an incorrect translation. In English, the text does not say it's a stone wall. Therefore, the French version is  an interpretation that I consider misleading.

I think the interpretation in this case was driven by the M2C artwork that the Correlation Department inflicts on members of the Church all around the world.
___

M2C intellectuals always conflate the terms narrow neck, narrow neck of land, and small neck. I think they are different terms because they refer to different things.

But the distinction is removed in foreign translations.

Those who don't read English are reading the M2C spin, not the text Joseph translated.

therefore he went forth and built him an exceedingly large ship, on the borders of the land Bountiful, by the land Desolation, and launched it forth into the west sea, by the narrow neck which led into the land northward.

In French, it reads:

20 And they built a great city by the narrow neck of land, by the place where the sea divides the land.

In French, it is:

If you don't read French, you can see that in all three cases, the French uses the term étroite, which means "narrow." You don't get the English distinction between "small" and "narrow." The M2C intellectuals say the terms are synonymous. That's possible, but they have different connotations that are lost in the French translation.

Again, this is an interpretation, not a translation.

The French does use "bande" instead of "langue" here, which is an interesting choice. "Langue" means "tongue" or "language," but "langue de terre" means a "spit of land." Like a tongue, a spit of land is "a small point of land especially of sand or gravel running into a body of water."

Instead of a "small neck of land" we have a "narrow strip of land."

Instead of a "narrow neck" we have "a narrow tongue." A neck connects two bodies of water or earth, but a tongue extends from one without joining to another. This is a problem for any proposed geography.

There are other examples, but this introduction hopefully will serve as a caution to non-English speaking members of the Church and investigators.
_____

As long as readers understand the M2C problem with these translations, they won't be misled because they can always refer to the original in English.

* M2C is the acronym for the Mesoamerican/two-Cumorahs theory.