Volcanoes in the news 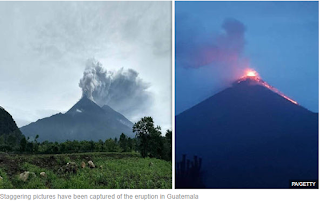 Last month I hiked around on Mount Etna in Sicily, which last had a major eruption in 2015. I also sailed past Stromboli.

More recently, a friend of mine has a house in Hawaii that was ruined by the latest volcanic eruption. This major eruption been in the news all around the world.

The Fuego volcano in Guatemala has also erupted, causing death and destruction. This volcano has been in the news, as have many volcanoes over the years. There are 50-60 eruptions annually from the 500 active volcanoes known to have erupted within historical time (plus another 1,000 volcanoes that could erupt).
https://volcanoes.usgs.gov/vsc/file_mngr/file-153/FAQs.pdf

Such reports make the news because they are dramatic and life-threatening. They are a part of culture, art, and literature throughout the world.

But volcanoes are never once mentioned in the Book of Mormon.
_____ 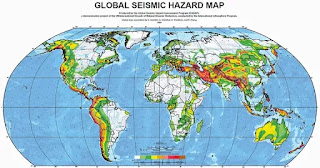 The Book of Mormon does mention earthquakes several times, including in 3 Nephi 8.

If we want to know where the Book of Mormon took place, we should be looking for a place that has significant earthquakes but no volcanoes.

This is not the common situation; most major earthquake zones have active volcanoes (except along the north of India). 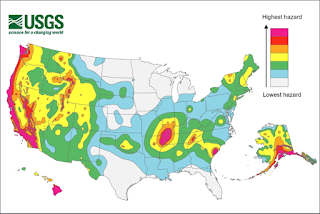 Most of the volcanoes in the news are along the "ring of fire" that surrounds the Pacific Ocean.

However, there are some areas in the world that have significant earthquake hazards but no volcanoes.

One of the best known of these in in the Mississippi River valley. People living there in the early 1800s during the New Madrid earthquake reported phenomena just like what the Nephites reported in 3 Nephi 8.

IOW, the Book of Mormon describes conditions as they actually are in the Midwestern U.S., without any volcanic activity.
_____

How significant were volcanoes to the people in Mesoamerica? Given the prevalence of volcanoes in the area and their devastating impact, we should find lots of cultural symbols of volcanoes. And we do.

One report suggests the people in Mesoamerica considered volcanoes so important that hey built effigies of volcanoes. https://archive.archaeology.org/9807/abstracts/volcano.html

At the center of each patio, families built small shrines consisting of mountains modeled from clay, stone, and potsherds crowned with crudely carved heads of humans or serpents. Some are clearly effigies of Popocatépetl. Beneath each carved stone head is a chimney that leads to a charcoal-filled chamber dug in the patio floor. Smoke would have puffed out from under each head in imitation of the ash and vapor plumes expelled from the crater during volcanic activity.

Another describes "Volcanoes as the Prototypical Mountains in Mayan Cosmological Past."

The absence of jade, jaguars and jungles from the Book of Mormon text is good evidence that the Nephites never lived anywhere near Mesoamerica. But the absence of volcanoes is exceptionally unlikely in a text that describes 1,000 years of history in that area.

For more on volcanoes in Mesoamerica, see
https://www.livescience.com/45997-maya-pottery-volcanic-ash-mystery.html