The Jussie Smollett hoax is bringing a lot of attention to the issue of hoaxes, fake news, etc.

One well-known author described the indicia of a hoax here. The video is great but it's 1:21:26 long.

Here are the five criteria:

In this post I'll apply these criteria to the M2C theory, which I consider a hoax--albeit a sincere, well-intentioned hoax, for the most part.
_____

First, I need to explain M2C. It's the acronym for the Mesoamerican/two-Cumorahs theory that claims the "real" hill Cumorah of Mormon 6:6 is in southern Mexico. Proponents (including employees at BYU, CES and COB) claim the hill in New York is not the "real" hill Cumorah; it's merely the hill where Joseph found the plates but has nothing to do with the Book of Mormon events.

According to M2C intellectuals, unknown early Church members simply assumed that hill was the hill Cumorah of Mormon 6:6. They applied the name and Joseph Smith passively adopted the false tradition. His contemporaries and successors also taught this false tradition.

[Note: for context, the proposed BYU packet on Cumorah containing some of the teachings of the prophets about Cumorah can be seen here:
http://www.lettervii.com/p/byu-packet-on-cumorah.html]

M2C is taken for granted by most intellectuals in the Church. Because they've been teaching it through CES and BYU for decades, it has become prevalent throughout the Church, through the academic cycle.

But M2C is simply a hoax, as we'll see below.

In the context of Church history, terms such as "ordinary" and "hard to believe" must be understood within the larger framework of miraculous events as described by Joseph and Oliver and their contemporaries (Moroni's visit, restoration of the Priesthood, etc.).

Also, it's important to point out that only the "two-Cumorahs" element is a hoax. The prophets have always taught that (i) Cumorah is in New York and (ii) we don't know where the other events took place. Therefore, based on the teachings of the prophets, we can't rule out Mesoamerica as a possible setting for Book of Mormon events other than those involving Cumorah.
_____

M2C is based on anonymous articles published in the 1842 Times and Seasons. Consequently, the authorship is uncertain and there's no way to know upon what basis the claims were made. The articles claim that ruins in Central America were left by the Nephites, and even speculate that Zarahemla was in Guatemala, but they say nothing about Cumorah.

2. "Hard to believe" story. The "two-Cumorahs" theory is inherently hard to believe because it's difficult for Church members to believe that Joseph would passively adopt a false tradition.

Letter VII was written by Oliver Cowdery, who was Assistant President of the Church at the time, with the assistance of Joseph Smith and the express approval of Sidney Rigdon and Frederick G. Williams, the four of whom constituted the First Presidency when Letter VII was first published. It has since been endorsed by every prophet and apostle who has ever officially addressed the question of Cumorah.

For Church members, it is hard to believe all of these Church leaders, including members of the First Presidency speaking in General Conference, would mislead the Church.

[M2C proponents claim that the New York Cumorah is "hard to believe" because there is no evidence that 230,000+ people died there in one battle. I happen to agree with them on that evidence issue, given their assumptions, but I don't agree with the premise that the text says there were 230,000+ people killed there, which I think is a misreading of the text that contradicts Letter VII anyway. The physical evidence does support the numbers actually stated in the text, but that's topic for another day.] 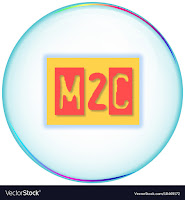 3. Others can't see it. No one outside the M2C bubble can make sense of the idea of Book of Mormon events taking place among the Mayans, but two Cumorahs is even less believable. Most Church members who are aware of the teachings of the prophets and apostles about the New York Cumorah accept those teachings and can't believe anyone takes the two-Cumorahs theory seriously. They just can't see Joseph Smith and other Church leaders misleading the Church about the New York Cumorah.

Non-LDS Mayan experts think the Book of Mormon itself is a hoax to the extent it supposedly took place in Mesoamerica. Meanwhile, the findings of archaeologists in North America support what the text actually says, as opposed to the M2C interpretation of the text.

The statement in Letter VII that it is a fact that the New York Cumorah is the same as described in Mormon 6:6 has a very simple, ordinary explanation: Joseph and Oliver personally visited the depository of Nephite records in that hill, so they knew it was the Cumorah of which Mormon wrote.

Plus, Joseph told his parents that Moroni called the hill Cumorah even before he got the plates. Before the Book of Mormon was completely translated, David Whitmer encountered one of the Three Nephites who was taking the Harmony plates to "Cumorah." In 1830 Oliver taught that Moroni had named the hill Cumorah anciently.

The most ordinary explanation for the anonymous Times and Seasons articles is that they were speculation by people (i) who didn't know from personal experience where Book of Mormon events took place, (ii) who were eager to promote evidence for the book, and (iii) who never contemplated the idea that their speculation would later be interpreted as a rejection of the New York Cumorah. The most likely candidates as authors who shared these characteristics are Benjamin Winchester, William Smith (who was actually editing the paper), and W.W. Phelps, who assisted as editor.

[Note: M2C advocates claim Joseph would have repudiated the anonymous articles if he didn't agree with them. That's conjecture, of course, but there is an ordinary explanation for his silence: he was the nominal editor, and he couldn't repudiate his own paper without delegitimizing everything else the paper published. Rather than expressly embrace, endorse, or ratify the anonymous articles, Joseph Smith resigned as nominal editor immediately after these articles were published. He never once personally connected the Book of Mormon to Central or South America; in fact, in March 1842 he had expressly rejected such speculation when he wrote the Wentworth letter, and in October 1842 he referred specifically to Cumorah in D&C 128:20 in connection with the other events that took place in western New York (and Harmony).]

5. Gell-Mann amnesia. This phenomenon has been explained this way:

The Gell-Mann amnesia effect describes the phenomenon of an expert believing news articles on topics outside of their field of expertise even after acknowledging that articles written in the same publication that are within the expert's field of expertise are error-ridden and full of misunderstanding.

This element of a hoax applies specifically to media reports, but it applies to M2C because the proponents of M2C believe what Joseph Smith, Oliver Cowdery, and David Whitmer said about their experiences except with regard to the New York Cumorah.

For example, M2C intellectuals reject Letter VII's statement that it is a fact that Cumorah is in New York, but they accept Oliver's statements of fact in those same letters regarding the restoration of the Priesthood, Moroni's visit to Joseph Smith, the stone box that contained the plates, etc. They accept David Whitmer's statements about what he observed, except for his statements about the messenger taking the plates to Cumorah. They accept the accounts of Brigham Young, Heber C. Kimball, and Wilford Woodruff, except regarding the visit of Joseph and Oliver to the repository in Cumorah. They accept Lucy Mack Smith's personal history, except for what she recorded about Cumorah.

The reason the intellectuals reject the statements of Joseph, Oliver and David is because they, the experts, claim special expertise regarding the Hill Cumorah. Of course, none of them have any of the personal experience these three men reported. The main expertise of the M2C intellectuals about Cumorah is figuring out ways to persuade members of the Church to disbelieve the prophets and apostles.

Maybe that's why they're teaching the youth that the Book of Mormon took place in a fantasy world.

The M2C intellectuals are well down the path toward deeming the Book of Mormon to be inspired fiction. It's difficult to reach another conclusion, if one is convinced that the M2C hoax is the only (or even the "best") explanation for the Book of Mormon.
_____

All of this is to show that M2C fits the criteria for a typical hoax.

Hoaxes don't survive scrutiny, especially when juxtaposed with actual facts and explanations that make sense. That's why Book of Mormon Central Censor and other members of the M2C citation cartel continue to refuse to let their readers compare, on a side-by-side basis, the New York Cumorah with M2C. They use censorship to prevent their readers from even knowing what the prophets have taught and what evidence supports those teachings.

But censorship is a short-term strategy that depends on power and control. It won't last forever. Soon enough, the M2C hoax will be apparent and then we'll all be united at least on the issue of the New York Cumorah.