I'm fine with people believing whatever they want. Belief is a choice.

But those Latter-day Saints who still believe what the prophets have taught about the New York Cumorah generally seem more confident, peaceful and happy about their decision than those who reject those teachings. 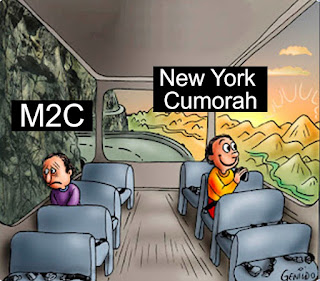 The M2Cers, judging by the way they talk and write about the New York Cumorah, are defensive about their claims. Some get angry at the mere mention of Letter VII and the other teachings compiled here.

They need to chill.

We're all on the same bus.

But the view on this side of the aisle is awesome.