Accepting and living the gospel can be a challenge, so I continue to wonder why we make it harder for investigators (and members) than it needs to be. 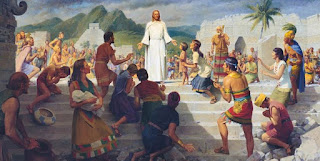 The Mesoamerican and two-Cumorahs theories are ubiquitous in the Church, thanks to the Arnold Friberg paintings and Christ Visiting the Americas featured in meetinghouses, temples, and the missionary and foreign-language editions of the Book of Mormon itself.

It's not just the illustrations. These theories have been taught at BYU (all campuses) and throughout CES (Church Educational System) for decades. They have been featured in the Ensign, New Era, Friend, and Liahona. They are in all the visitors centers, etc. They are the "consensus" among LDS scholars even today. 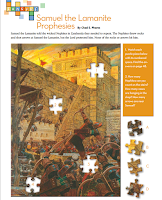 Look at what these theories ask investigators (and members) to believe. 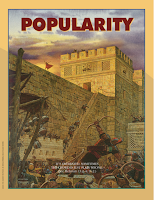 I realize that sounds harsh, but that's the reality of what is going on right now.

As long as this continues, I don't think investigators (and members who have questions) have a fair chance to evaluate the Book of Mormon, Joseph as a prophet, and everything else that flows from there.
_________________

A basic gospel principle recognizes that people are free to choose. But freedom to choose is premised on meaningful alternatives. Imperfect alternatives are one problem inherent in mortality, but what if none of the alternatives available to you are viable?

Let's say you're diabetic and the only food source available to you is a candy store. Does it really make any difference which candy you choose?

What if you grow up in a society that presents choices that are mostly "evil" in terms of the gospel, but some are less evil than others? As a society degenerates to the point where all choices are evil, maybe free agency becomes an illusion and you end up with a Noah's flood scenario.
_______________

Now, think of the choices available to an investigator.

Choice 1. You can stick with one of the many beliefs put forward by the world, all of which contradict Mormonism--including the beliefs you grew up with.

Choice 2. You can consider Mormonism.

Let's say you're one of a tiny percentage of Earth's inhabitants who chooses Choice 2.

If you're already Christian, you accept the general idea of God and Jesus Christ as taught in the Bible. So far, so good.

The missionaries ask you to read the Book of Mormon to find out if it's true. If it is, they say, then Joseph was a prophet and all is right in the world of Mormonism.

The first thing you do is open the book and see the illustrations. You recognize the Mayan motifs and ask the missionaries where the Book of Mormon people lived.

"Central America," one companion says. "We don't know," the other says. Or, if the investigators are lucky, one missionary will say "North America, with Cumorah in New York."

The confusion is apparent to the investigator even before he/she starts reading.

Worse, the more the investigator learns, the more he/she comes to recognize the basic inconsistency of what the missionaries expect him/her to believe.

Investigator: "If Joseph was a prophet, why would he mislead everyone about Cumorah being in New York?"

Investigator: "But I saw this article about Letter VII online and--"

Mesoamerican promoter: "You're not supposed to read that."

Investigator: "But it's right here, Look." (pulling it up online)

Mesoamerican promoter. "Okay, since you insist, I admit it's true that Oliver Cowdery explicitly said Cumorah was in New York in his Letter VII. It's also true that Joseph helped write the letter and fully endorsed it on multiple occasions. But later Oliver left the Church. Joseph changed his mind and said the Book of Mormon took place in Central America."

Investigator: "He did? Where?"

Mesoamerican promoter: "In a series of anonymous letters in the Times and Seasons. But don't read those, either, because Joseph identified Quirigua as Zarahemla, which obviously can't be correct, so Joseph simply didn't know what he was talking about."

Investigator: "I thought you said he was a prophet."

Investigator: "That sounds... doesn't that seem to bring everything he said into question?"

Mesoamerican promoter: "No. Joseph was a prophet about everything except about things our scholars disagree about. Our scholars have a consensus that the Book of Mormon took place in Mesoamerica. That's why you see the illustrations in the book we gave you. That's why they're hanging up at the chapel. You don't need to worry about a thing. When Joseph Smith was wrong about something, our scholars have corrected him."

Investigator: "I see... Thanks for your time, but I won't be needing this."
(hands the Book of Mormon back).