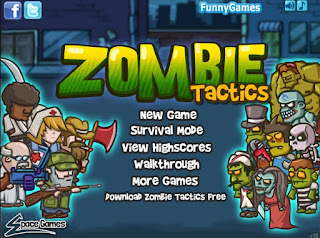 Some ideas just won't die. They're zombies. They don't know they're dead, and they are mere shells of living beings, but they keep on coming.

The Mesoamerican theory of Book of Mormon geography is a zombie. It continues to prowl around BYU.

The textbook definition of a zombie is: a will-less and speechless human held to have died and been supernaturally reanimated.

In the world of software, a zombie is "A process or task which has terminated but was not removed from the list of processes, typically because it has child processes that have not yet terminated."

The Mesoamerican theory is like zombie software. It is dead, but it has child processes that still live, like little zombies.
______________

Here are some of the reasons why the Mesoamerican theory died.

1. Its origin--the anonymous articles in the Times and Seasons, wrongly attributed to Joseph Smith--has been exposed as a historical mistake.

3. The illusory "correspondences" between Mesoamerica and the text of the Book of Mormon are really just ordinary characteristics of most human civilizations that are not evidence of the purported link between Book of Mormon peoples and the Mayans.
______________

1. BYU Studies, "the premier Mormon academic journal since 1959," continues to promote the zombie Mesoamerican setting, right on its main page.
https://byustudies.byu.edu/
Go to the bottom of the page under "Popular Pages" and click on the first one, titled "Charting the Book of Mormon." Scroll to section 13 and read the entries, including 13-161, here.


2. Officially, BYU is supposed to be neutral about Book of Mormon geography. And that would be fine, in a vacuum. But for years, BYU promoted the Mesoamerican theory, including taking faculty to Mesoamerica on educational "Book of Mormon" trips. The zombie theory was widely taught for decades. To claim "neutrality" with this history would be like a strip mining company suddenly claiming "neutrality" after cutting all the trees and shearing the mountaintops. It's not neutral when the damage is not remediated. The zombie children of the Mesoamerican theory are present throughout the University (on all the campuses). Besides, faculty are not really neutral. Here is a discussion of an article by a BYU Professor who claimed BYU destroyed Ancient (Mesoamerican) Book of Mormon Studies:
http://bookofmormonwars.blogspot.com/2015/09/how-byu-destroyed-ancient-mesoamerican.html
Other current BYU Professors have written extensively about the zombie Mesoamerican setting for the Book of Mormon.

3. BYU students are taught to understand the geography of the Book of Mormon as presented by the abstract map I blogged about here:
http://bookofmormonwars.blogspot.com/2017/04/update-on-abstract-maps.html
It is obviously designed to look like Central America, because it interprets the text according to the Mesoamerican theory. 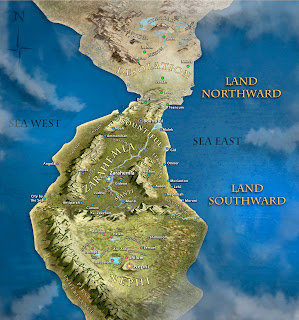 Faculty have been told not to link the text to any real-world site. Instead, they came up with this "virtual reality" version. But it teaches the same thing as the two-Cumorahs theory; i.e., Cumorah is not in New York and Joseph and Oliver were ignorant speculators who misled the Church.
4. Let's say BYU finishes off the on-campus zombie geography somehow. Will that solve the problem?
No.
The children of the zombie Mesoamerican theory live in the minds of most of the students who have been educated at BYU for decades. That's why we see the Arnold Friberg Mesoamerican paintings everywhere. It's why Mesomania is ubiquitous.
Whenever you see these books and paintings, you are looking at zombie Mesomania. 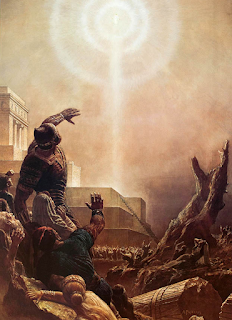 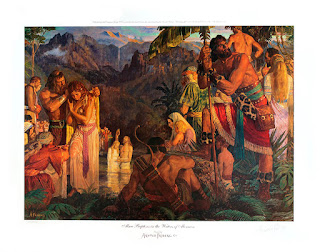 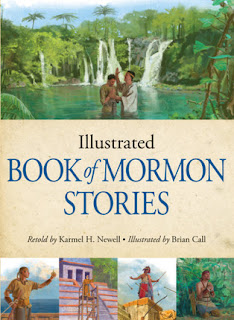 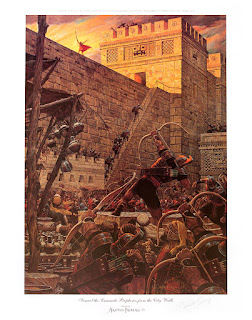 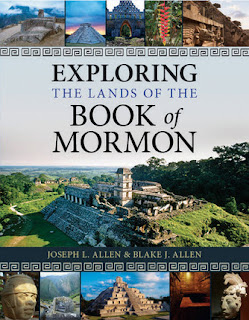 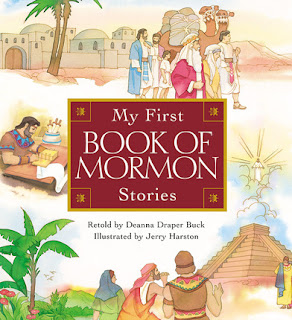 It's up to each of us to help deal with the zombie geography of Mesoamerica.