Cumorah - 7, why it matters

I'm focusing on the Hill Cumorah because it matters.

This Cumorah discussion is not a question of geography as much as it is a question whether we follow the prophets or the intellectuals. 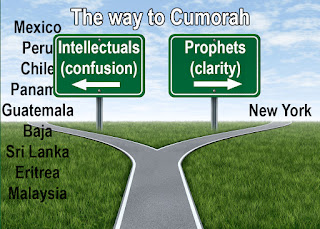 As always, the prophets lead people to a land of clarity. They have consistently and repeatedly taught that there is one Cumorah and it is in New York.

The intellectuals lead people to a land of confusion and chaos. They have consistently and repeatedly taught that there are two Cumorahs (M2C) but the second one is any number of places around the world, depending on which intellectuals you choose to follow.

The choice is clear.

I've blogged about why it matters here: http://bookofmormonwars.blogspot.com/2017/11/it-doesnt-matter.html Today I have some additional thoughts on the topic.
_____

- “I felt judged or misunderstood.”
- [tied for first] “I did not trust the Church leadership to tell the truth surrounding controversial or historical issues.” 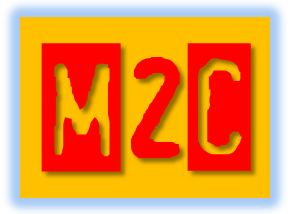 We have Visitors Centers, Institute and Seminary manuals, BYU/CES, and the Church History department all teaching that Cumorah cannot be in New York. These M2C promoters don't even tell students that the prophets and apostles have taught the New York Cumorah consistently for 180 years, including in General Conference. When a student finds out, the M2C intellectuals claim the prophets and apostles were wrong.

First, through their censorship of Letter VII and the New York Cumorah generally, the M2C intellectuals don't tell the truth about what prior Church leaders have taught, thereby reinforcing the main reason why Millennials leave the Church. 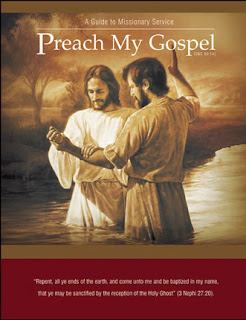 The manual then quotes President Ezra Taft Benson in a paragraph titled Foundation of testimony. “Just as the arch crumbles if the keystone is removed, so does all the Church stand or fall with the truthfulness of the Book of Mormon. The enemies of the Church understand this clearly. This is why they go to such great lengths to try to disprove the Book of Mormon, for if it can be discredited, the Prophet Joseph Smith goes with it. So does our claim to priesthood keys, and revelation, and the restored Church."

One of the early efforts to disprove the Book of Mormon was the book Mormonism Unvailed which was published near Kirtland, Ohio, in 1834. That book claimed Joseph got the Book of Mormon from a fictional work by Solomon Spaulding.

It was partly in response to this effort to discredit the Book of Mormon that President Cowdery wrote Letter VII, declaring the physical and geographical reality of the Book of Mormon. He said it was a fact that the final battles of the Nephites and Jaredites took place in the mile-wide valley west of the Hill Cumorah in New York. He said Mormon's depository (Mormon 6:6) was in the same hill. President Cowdery and Joseph Smith knew the New York hill was the site of the depository because they had actually visited that depository multiple times.

Now it is the M2C LDS intellectuals who seek to discredit President Cowdery.
_____

Preach My Gospel declares, "A central purpose of the Book of Mormon is to convince all people that Jesus is the Christ."

The Book of Mormon is convincing because it is an authentic history of ancient people who lived in America. As President Benson said, the Church stands or falls with the truthfulness of the Book of Mormon.

We have BYU/CES teaching students that the "best fit" for the geography described in the text is a fantasy map. That completely undermines the claim that the book is a true history.

How can the Book of Mormon convince the world that Jesus is the Christ when our own scholars are trying to convince us that the prophets are wrong and the events took place in a fantasy world?
_____

There is no upside (and no excuse) for choosing the intellectuals over the prophets. The only ones who benefit are the M2C intellectuals who get to confirm their biases all day long while simultaneously acquiring more admirers and followers from their captive audiences at BYU/CES.

"I know that most men, including those at ease with problems of the greatest complexity, can seldom accept even the simplest and most obvious truth if it would be such as would oblige them to admit the falsity of conclusions which they delighted in explaining to colleagues, which they have proudly taught to others and which they have woven thread by thread into the fabric of their lives."
https://books.google.com/books?id=0SYVAAAAYAAJ&pg=PA124&vq=falsity&dq=tolstoy+%2B+%22what+is+art%22&output=html&source=gbs_search_r&cad=1
In The Kingdom of God Is Within You (1893), Tolstoy observed, "The most difficult subjects can be explained to the most slow-witted man if he has not formed any idea of them already; but the simplest thing cannot be made clear to the most intelligent man if he is firmly persuaded that he knows already, without a shadow of doubt, what is laid before him" (ch. 3). Translated from the Russian by Constance Garnett, New York, 1894.
http://www.gutenberg.org/cache/epub/4602/pg4602.txt
Posted by jonathan3d at 10:46 AM