There's a psychological concept that probably constitutes a principle:

Confirmation bias looks exactly like a mountain of evidence.

The sentence is a quotation from an article published the other day by the Wall St. Journal. The author, Scott Adams, focused on a political topic, but the principle applies to Book of Mormon studies.

Here is the relevant quotation:

Example: Anti-Trumpers take it as a given that this president is a racist. As evidence, they point to a series of news stories and quotes that seem to support that position. Your common sense tells you that even if some of the claims are exaggerated or taken out of context, there are so many of them that they can’t all be wrong. 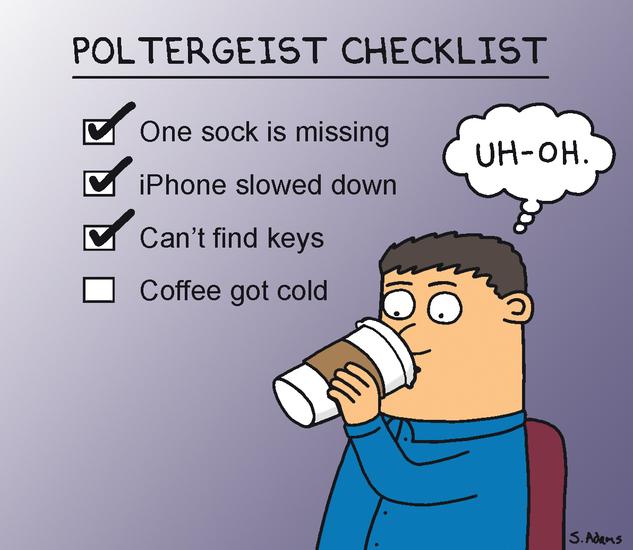 We all do it. The question for us is whether we realize it, and whether we own our biases.

Look at what's going on in Book of Mormon studies.

For decades, I went along with the LDS intellectuals who taught me at BYU and whose work seemed fact-based, rational, and faithful. In the last few years, I've come to realize their work is none of those.

What made the difference?

I began to recognize which bias they were confirming. And it was a bias I didn't share.

For all those years, I either didn't know or didn't understand the academic bias that exalts formal education and training over the voices of the prophets. It was always kind of "cool" at BYU to learn from faithful professors who had a more sophisticated, nuanced view than the simplistic "Sunday School versions" of Church history and Book of Mormon topics.

But now I see that academic arrogance is poisonous.

I'm not painting with a broad brush here. In my experience, most BYU/CES teachers are awesome people, humble and cognizant that their own intellect and training cannot supersede prophetic direction.

The advocates of M2C (Mesoamerica/two-Cumorahs) have persuaded themselves that the best fit for the text is Mesoamerica. But as I've pointed out, it is their interpretation of the text they are relying on. I pointed out examples of this in the BYU Studies article on animals, but the problems involves more than just animal species.

I've pointed out that the corporate mission of Book of Mormon Central (and by extension, the entire citation cartel) is "to increase understanding of the Book of Mormon as an ancient Mesoamerican codex." This is the bias they seek to confirm in everything they do. That's how BYU Studies ends up publishing a paper like the one I reviewed yesterday.

To the M2C intellectuals, there really is a mountain of evidence. It is such a huge mountain that they feel justified in rejecting the words of the prophets about Cumorah. They've rationalized teaching students at BYU/CES that the prophets and apostles are wrong about Cumorah because they "can't unsee Mesoamerica" when they read the text.

Take a book such as Mormon's Codex, the book which Terryl Givens praised so highly in the Foreword. Once you denude the premise of a Mesoamerican bias, the entire manuscript becomes an exercise in absurdity.

Once we shift our bias, we find there are mountains of evidence to support our new bias. I speak from personal experience when I say that when our first bias is to believe the prophets and apostles, we will find abundant evidence to support and corroborate them.

We each have our own biases, many of which are subconscious. Think about the bias you possess regarding Book of Mormon geography and historicity.

Do you have a bias for or against accepting the teachings of the prophets and apostles?

If you're biased for them, you accept the New York Cumorah and go from there.

If you're biased against them, you reject the New York Cumorah and go from there.

That's really all this debate about Book of Mormon geography boils down to.
Posted by jonathan3d at 7:30 AM