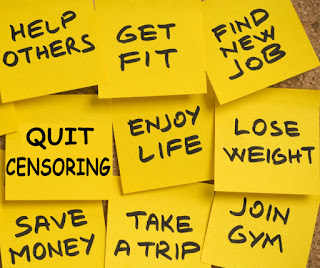 One of my greatest hopes for 2019 is to see the M2C* citation cartel change course.

The citation cartel includes Book of Mormon Central Censor (BOMCC), BYU Studies, Fairly Mormon (aka FairMormon), the Interpreter, Meridian Magazine, etc., and everyone who writes for and promotes these publications.

The ringleader of the M2C citation cartel is Book of Mormon Central Censor (BOMCC). It is the intellectual progeny of FARMS, which adopted M2C from RLDS scholars and polished it up to make it acceptable to hundreds of thousands of LDS students through CES and BYU.

I keep hearing that some people object to my term "Book of Mormon Central Censor." They think it is divisive or contentious. Their objection strikes me as bizarre. Since when do people knowingly and enthusiastically support censorship?

Everyone affiliated with BOMCC--employees, donors, volunteers, advisers--embraces the policy and practice of censorship.

Church members who read BOMCC material wonder, why does BOMCC censor these things?

The people who run (and donate to) BOMCC know that most members of the Church prefer to believe the prophets instead of the scholars.

M2C contradicts the teachings of the prophets, so BOMCC doesn't want Church members to realize this.

Their only recourse, really, is censorship. M2C can only survive when members of the Church are ignorant of the teachings of the prophets and of the evidence that supports the prophets.

I don't mind that the people at BOMCC disagree with the prophets--everyone can believe whatever they want--but because they hold themselves out as informed experts, they ought to at least allow their readers to make informed choices.

So far, they refuse to.

Everyone affiliated with Book of Mormon Central Censor is a wonderful person, trying to do what they think is right.

You can meet the censors here:

I repeat that on a personal level I really like everyone in the M2C citation cartel. None of my objections are personal in any way.

This is a disagreement about whether we as members of the Church should believe the prophets or the scholars.

M2C is a clear choice to believe the intellectuals instead of the prophets.

On a professional level I respect most of the work of the members of the M2C citation cartel, and I recognize that they do a lot of good in many ways.

But I can't ignore the destructive impact of their ongoing censorship that is designed and intended solely to protect and promote M2C, which represents a direct repudiation of the consistent, persistent teachings of the prophets.
_____

*M2C is the acronym for the Mesoamerican/two-Cumorahs theory that teaches the "real" Cumorah is in southern Mexico, while the hill in New York was named Cumorah by unknown early Church members who were misled by Joseph Smith and Oliver Cowdery, who were ignorant speculators.
Posted by jonathan3d at 6:30 AM