Because I write this blog about Book of Mormon geography, some critics claim I'm a "one-key" guy. But this blog is just a first step.

A well-known General Authority recently asked me, "Why do you care about all this stuff?"

I replied that I love missionary and activation work and can do it full-time now that I'm retired, but investigators always ask whether the Book of Mormon is a real history. Always.

Missionaries are instructed to tell investigators that it is a real history, "but we don't know where these events took place." That stock answer is absurd from the perspective of an investigator. Joseph and Oliver realized this when they wrote and promulgated Letter VII.

Sadly, most missionaries have been conditioned from a young age to believe in M2C*. Many of them relate that to their investigators, supported by the M2C illustrations in the current missionary edition of the Book of Mormon itself.

In two minutes of the inevitable Internet research, investigators learn that M2C not only has been rejected by every non-LDS Mesoamerican scholar but, more importantly, M2C constitutes a repudiation of the teachings of the prophets about Cumorah. Investigators around the world think to themselves, "If these missionaries don't believe their own prophets, why should I?" This is one reason why we see declining rates of baptism around the world, except where people can't read English or don't have access to the Internet.

Plus, because of M2C, missionaries have no answer for the DNA issue (apart from the confusing, unpersuasive Gospel Topics essay that not only doesn't reference the scriptures but essentially teaches that the scriptures are not reliable).

Consequently, missionaries are left with only this response: tell investigators to pray about it. Fortunately, some investigators do that--the Spirit does testify of the truth--but most people don't see any point in praying about a book that even the missionaries can't distinguish from fiction.

In my view, M2C is not only an unnecessary but an inexcusable obstacle for investigators (and Church members) to overcome. Accepting the teachings of the prophets would eliminate this obstacle. That's why I tap the Cumorah key.
_____ 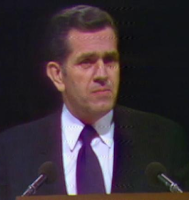 He said, "The gospel might be likened to the keyboard of a piano—a full keyboard with a selection of keys on which one who is trained can play a variety without limits; a ballad to express love, a march to rally, a melody to soothe, and a hymn to inspire; an endless variety to suit every mood and satisfy every need.

How shortsighted it is, then, to choose a single key and endlessly tap out the monotony of a single note, or even two or three notes, when the full keyboard of limitless harmony can be played."

He explained that some Christian churches focus on one key, such as faith-healing or mode of baptism, and thereby miss the fullness of the gospel.

Some members of the Church who should know better pick out a hobby key or two and tap them incessantly, to the irritation of those around them. They can dull their own spiritual sensitivities. They lose track that there is a fullness of the gospel and become as individuals, like many churches have become. They may reject the fullness in preference to a favorite note. This becomes exaggerated and distorted, leading them away into apostasy.

I hope no readers of this blog are "one-note" gospel hobbyists. We all realize that Book of Mormon geography is a minor key compared with the important doctrines in the book.

However, Book of Mormon geography has become an important key because it involves a choice between following the prophets vs. following the M2C intellectuals.

As I've repeated many times, I admire and respect the M2C intellectuals for the good work they do on all sorts of gospel topics. However, I also think their repudiation of the prophets regarding the New York Cumorah pollutes the rest of their work and leads their followers to question the prophets about other teachings.

I realize there are plenty of faithful members of the Church who think M2C strengthens their testimony. They believe the "evidence" supports M2C. But we have to also recognize the reality that confirmation bias distorts our interpretation of evidence.

M2C supports the testimony of people who want to believe M2C. Confirmation bias causes them to suppress the cognitive dissonance they experience once they learn what the prophets have taught about the New York Cumorah.

But for people who don't already want to believe M2C (i.e., everyone on the planet except a handful of M2C intellectuals and their followers), the "evidence" for M2C is completely unpersuasive.

As I told that General Authority, that's why I care about all this stuff.
_____

In a sense, all active members of the Church do have a gospel hobby. And it's one key.

The keystone of our religion. 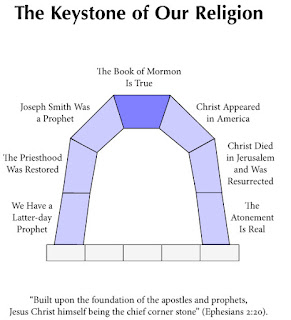 The prophets have consistently and persistently taught Church members to read the Book of Mormon regularly. President Nelson encouraged the sisters in the Church to do so before the end of 2018.

President Nelson also asked us to think about what our lives would be like without the Book of Mormon.

Enemies of the Church have several techniques for trying to disprove the Book of Mormon, but none of those enemies have a tool more powerful than M2C.

There are three elements of M2C that give it such power.

1. It comes from within the Church; i.e., it is promoted by faithful LDS intellectuals and promulgated throughout Church media, manuals, etc.

2. It repudiates the teachings of the prophets, thereby undermining faith not only in the Book of Mormon but in the reliability and credibility of the prophets overall.

3. It leads directly to the conclusion that the Book of Mormon is fiction, as hundreds of thousands of young Latter-day Saints are being taught through CES and BYU, which are using fantasy maps to teach the Book of Mormon (see below).

The worst thing we can do is teach the youth of the Church that the best way to understand the Book of Mormon is by referring to fantasy maps that look like they came out of The Lord of the Rings or the Chronicles of Narnia.

For all these reasons, I'll keep tapping on the keystone of our religion, not to change the minds of the M2C intellectuals and their followers (confirmation bias is too strong), but to give investigators, less active members, and especially the youth in the Church an opportunity to see that the teachings of the prophets are correct, after all.

*M2C is the acronym for the Mesoamerican/two-Cumorahs theory. M2C intellectuals and their followers teach that Joseph Smith, Oliver Cowdery, and every other prophet and apostle who has ever addressed the topic were wrong when they taught that the hill Cumorah is in New York. They claim the "real" hill Cumorah is in southern Mexico and that the prophets were wrong because they were ignorant speculators who misled the Church with their private opinions.

M2C intellectuals developed an interpretation of the text of the Book of Mormon that supports their repudiation of the prophets, as depicted in the fantasy maps shown here. This M2C interpretation has been imprinted on the minds of Church members from their youth.

But the text can also be interpreted in a way that supports and corroborates the teachings of the prophets about the New York Cumorah. I suggested one such interpretation in my book, Moroni's America. You can read about it on my blog, here:
http://moronisamerica.com/

The prophets have consistently and persistently taught two things:

Based on their teachings, I consider any model that puts Cumorah somewhere other than in western New York invalid. This is not only a matter of following the prophets, but also of following the evidence. It is well known among archaeologists and anthropologists that the Hopewell Indians living in Ohio around 300 A.D. migrated to western New York and vanished around 400 A.D. That corroborates what the prophets have taught. There is plenty of evidence to support the teachings of the prophets, but evidence is beside the point. In my view, we follow the prophets first and consider evidence second.