I've been asked to comment on a recent video from Book of Mormon Central Censor that bears the audacious title of "What did prophets think about Book of Mormon geography? Their old books may give clues."

It's another rehash of standard M2C dogma that I would normally ignore, but in addition to the typical M2C mind-reading exercise, it contains an interesting twist and a little-known old M2C reference that deserves attention.

The question of Cumorah was resolved years ago, right in General Conference, by a member of the First Presidency. But M2C scholars think he was wrong, and so they continue to promote confusion and uncertainty, as they do in this video.

Actually, this video gives us another chance to see how and why the Cumorah issues was resolved.
_____

The video features the anonymous Times and Seasons articles and the two-volume Stephens and Catherwood travel books on Mesoamerica. M2C is entirely dependent on the assumptions that (i) Joseph Smith learned about Book of Mormon geography from these two travel books and (ii) Joseph Smith changed his mind about the New York Cumorah.

Both assumptions are outcome-oriented; i.e., because M2C intellectuals want to believe they know more about the Book of Mormon than Joseph Smith did, they frame him as an ignorant speculator who misled the Church about the New York Cumorah after learning about Central American ruins from a travel book.

M2C proponents never tell their followers that Letter VII, which establishes the New York Cumorah as a fact, was republished both before and after Joseph referred to Cumorah in D&C 128:20. There is no question that Joseph and his contemporaries taught it was a fact that Cumorah (Mormon 6:6) was in New York.

Nothing in the anonymous Times and Seasons articles disputes or even questions that fact.

IOW, even if Joseph had something to do with those anonymous articles--and the historical evidence indicates he not only had nothing to do with them but he opposed them--they have zero impact on the clear teachings that the Hill Cumorah of Mormon 6:6 is in New York.

To suggest otherwise is to rely on circular reasoning and sophistry, as I'll show here.
____

The interesting twist in the video is the inference that President Kimball and President Lee accepted, or accommodated, M2C.

For example, the video shows President Kimball's copy of the Popol Vuh, complete with his redlining of passages.

You see the inference. But I have copies of these and similar books that I've also marked, not because I believed what the authors were saying, but because I wanted to understand their points.

(You should see all the notes I have in Mormon's Codex, for example, not to mention my notes in From Darkness unto Light.)

Lee's note says "were there two Hill Cumorah's? one in B of M history one from which plates came"

Tomorrow I will get to how Presidents Kimball and Lee resolved these questions. For the rest of this post, let's look at the Hammond book a moment.

We can't tell exactly when Harold B. Lee earmarked page 75 in the Hammond book, but because the book was published in 1959 and Lee was ordained an Apostle in 1941, he was an Apostle when he read it, probably soon after it was published, say, in the early 1960s. (Lee was called to the First Presidency in January 1970 and became President of the Church in July 1972.)

Between pages 72 and 73, Hammond provided a graphic that is essentially the current BYU fantasy map.

It shows the Hill Ramah - Cumorah right about where the BYU fantasy map shows it.

Hammond just didn't have the sophisticated computer graphics that make the BYU map as "realistic" as the latest video game.

Chapter 4
Where is the Book of Mormon Hill Cumorah?

It is admitted freely and without recourse that ever since the year 1830, or thereabouts, all Latter-day Saints, who are acquainted with Mormon history, not only believe, but know that

"Convenient to the village of Manchester, Ontario county, New York, stands a hill of considerable size, and the most elevated in the neighborhood,"

Hammond proceeds to quote from the text and explain his interpretation.

To connect this land of Zarahemla with present day Central America, it seems appropriate to here quote the Prophet Joseph Smith. He had been reading Stephens' INCIDENTS OF TRAVEL IN CENTRAL AMERICA. In TIMES AND SEASONS, Vol. 3, Page 927, he is reported to have said:

Continuing on p. 75 Hammond provides an excerpt from the anonymous Times and Seasons articles!
_____ 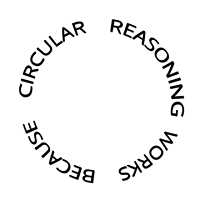 This is the point I've been making over and over: this video, and the books it features, demonstrate that M2C is founded upon, and still depends entirely upon, anonymous articles that say nothing about the Hill Cumorah.

M2C is purely circular reasoning that repudiates the teachings of the prophets.

No need to belabor this. The logical and factual fallacies of M2C are available for all to see (except those inside the M2C bubble are blind to them).

Here's another fascinating aspect of Hammond's book. He quotes an excerpt from the Wentworth letter on p. 84, but he cuts it off right before the key sentence, in which Joseph rejected Orson Pratt's speculation about Central America by declaring, "The remnant are the Indians that now inhabit this country."

Hammond goes on to cite George Reynolds, who claimed the Jaredite destruction was "in some part of the region which we know as Central America," and Thomas Stuart Ferguson, who famously wrote "that the only area of the New World meeting the requirements of the many references to geography in the Book of Mormon is Middle [Central] America."

The balance of the chapter is a wonderful collection of logical fallacies that have to be seen to be believed. For example, Hammond started out by claiming that "it was necessary to keep in mind all the time that conclusive facts of the matter can come only from the Book of Mormon, exclusively" but his entire argument is based on the anonymous Times and Seasons articles and an appeal to authority by citing others who also believe the anonymous Times and Seasons articles.

At one point, Hammond writes, "There is no statement in public records by Joseph Smith nor Oliver Cowdery that Mormon ever deposited anything in the New York hill Cumorah." Maybe Hammond didn't know about Letter VII, but in there, Oliver expressly declares that Mormon deposited the Nephite records in the New York hill he called Cumorah. If he knew about Letter VII, Hammond deliberately omitted it from the discussion, like he did the sentence from the Wentworth letter that is problematic for M2C. Hammond cites Heber C. Kimball a couple of times, but omits Kimball's description of the embankments around the Hill Cumorah in New York that he visited shortly after joining the Church.

At one point, Hammond writes, "There is no present country in Central America, or elsewhere, patterned after the Book of Mormon lands. The only conclusion that can be drawn from all of this discussion is that the entire face of the land of Central America has been changed since the destruction of the Nephites about 400 years after the crucifixion of Christ."

To his credit, Hammond recognizes the futility of locating the Book of Mormon events in Central America, even using on his M2C interpretation of the text. The problem is, no such destruction as he proposes is plausible; ruins predating the Nephite era haven't moved.

I don't know what to make of this line of reasoning. In the first place, if accurate, then why did Hammond write the book at all? To undermine faith?

More importantly, if accurate, this line of reasoning means the Bible doesn't require faith, because the major Biblical sites are well known. That's a topic for another day, but the idea that knowing where Book of Mormon events took place would eliminate faith is nonsensical. To the contrary; such knowledge would support and enhance faith, just as it does with the Bible.

Besides, the prophets and apostles have clearly said, "here is the hill Cumorah." They just said it is in New York, which destroys all of Hammond's assumptions.
_____

M2C is not the only theory that repudiates the prophets, of course. Recently a comment on a video on my youtube channel linked to another M2C analysis similar to Hammond's, except this comment claims Cumorah is actually in South America.

Here's the link to SA2C.

And here was my response.

Thanks for your comment. All kinds of ideas can be generated when we ignore the prophets, but Letter IV, written by President Oliver Cowdery with the assistance of President Joseph Smith, Jr., explains that when Moroni first visited Joseph Smith, he told him that the record had been "written and deposited" not far from Joseph's house; i.e., Mormon and Moroni abridged the record while they lived in western New York. Letter VII explains that the final wars of the Nephites and Jaredites took place in the mile-wide valley west of the Hill Cumorah in New York and that Mormon deposited all of the Nephite records in the same hill. https://www.josephsmithpapers.org/paper-summary/history-1834-1836/90Every prophet and apostle who has ever addressed the issue has reaffirmed the New York Cumorah, including members of the First Presidency speaking in General Conference.Furthermore, it's a common misunderstanding that there were 230,000 Nephites at Cumorah. Letter VII explains there were only thousands of Jaredites and tens of thousands (not hundreds of thousands) of Nephites/Lamanites who died there, which is what a careful reading of the text confirms. Mormon was recounting all the armies who had died in the Nephite wars, not only those who died at Cumorah, and he had been the leader of the armies for decades. Plenty of evidence has been found in that area; Heber C. Kimball personally observed the embankments around the hill Cumorah shortly after he joined the Church in 1832.﻿