Note on the Jaredites

We're currently in Vancouver, British Columbia. We visited the anthropology museum here and took this photo of the famous Bill Reid sculpture of the origin of the First Nations here.

The legend has the first people coming out of a clam shell, opened by Raven.

It's a nice metaphor for the Jaredites exiting their barges.

The origin of Native Americans is a typical scientific issue that you can never get to the bottom of.

Generally, everyone agrees that the Native Americans came from Asia, but there are advocates of many specific theories based on native legends, DNA and archaeology, and there are new discoveries all the time. 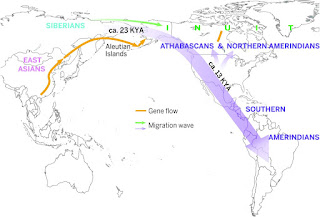 The overall concept is a migration, by land or sea, from Asia to the Americas.

The Book of Ether describes exactly such a migration.

The term "Jaredites" is often used to refer to all of the immigrants who accompanied Jared. It's a useful generalization in some ways, but I think it has led to confusion and error in understanding the text. 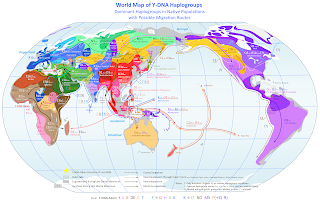 The Book of Ether is the record of Ether's ancestral line. It's not the history of all of the people who migrated with Jared, his brother, and their friends.

Moroni explained he was abridging the record of the people "in this north country," the area where he lived in western New York.


It was not the record of all the descendants who came with Jared.

In fact, after the initial census, we never hear again about Jared's brother. And the census itself didn't mention their friends and their descendants.

Consequently, I think the descendants of Jared's brother and all their friends dispersed throughout the continent, just as the DNA and archaeology indicates. The Book of Ether doesn't relate their history at all.

There remains the problem of dating. The Book of Ether has the migration taking place much more recently than traditional dating techniques (DNA and archaeology) suggest. That's a topic for another post.