The Friend magazine - October and November 2022

The Friend magazine continues the de-correlation of the Urim and Thummim, but also features Lebanon, so it's a mixed bag.
I was happy to see a feature on Lebanon in the November 2022 Friend magazine.
https://www.churchofjesuschrist.org/study/friend/2022/11/hello-from-lebanon?lang=eng
Lebanon is one of my favorite countries, partly because they speak French (or did when I visited), partly because of its importance in the Bible, and partly because the people and food and scenery are all awesome.
Some years ago I spent a couple of weeks there with a Lebanese archaeologist. This was after the Lebanese civil war that ended in 1990. Beirut was badly damaged. There was only one functioning stoplight in the entire city.
The country was under Syrian occupation, and the State Department had warned us not to go, but we flew in from the UK and had no problems. I was doing a filming project and also working with some computer animators I had trained in the U.S. We stayed with people we knew and some of their friends as we traveled around. One night we stayed in the Beka'a Valley. Syrian troops were everywhere, and our hosts made a point of not telling anyone we were Americans.
At one inland site, on the top of a high rocky hill, we collected fossils of sea shells along with shrapnel from the Israeli bombs that had dislodged the fossils. We visited some of the few remaining stands of the cedars of Lebanon in the mountains, as well as Baalbeck and other sites, including Sidon.
Sidon, of course, is the named river in the Book of Mormon. Many of us think the name originated with the Phoenicians who sailed Mulek's group to America. The onomasticon includes this possiblity.
https://onoma.lib.byu.edu/index.php/SIDON
Other references make a more direct link between SIDON and hunting/fishing.
https://www.abarim-publications.com/Meaning/Sidon.html
I look forward to the day when the situation in Lebanon returns to its more peaceful status as the Switzerland of the Middle-East. I'm eager to return there!
_____
Then there is the Friend for October 2022, teaching SITH to the children.
https://www.churchofjesuschrist.org/study/friend/2022/10/come-follow-me/ezekiels-promises-come-true?lang=eng
Back in 2004, at least they told the kids about the Urim and Thummim... sort of. 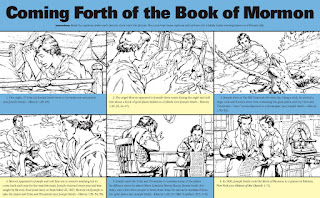 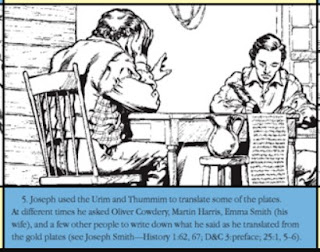 https://www.churchofjesuschrist.org/study/friend/2004/09/coming-forth-of-the-book-of-mormon?lang=eng
Posted by jonathan3d at 11:01 AM