Stages of Truth and the geography question

One of the ironies of Book of Mormon geography is that we are simply going back to the beginning, but many people seem to think of the North American setting as something new.

I'm all in favor of people believing whatever they want, even when it comes to Book of Mormon geography. Maybe especially when it comes to this topic. At the same time, I hope people think about it a little. 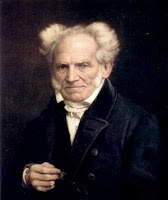 One of the more famous explanations of the stages of truth is attributed to  Arthur Schopenhauer. a German philosopher (1788 – 1860). These stages seem to apply to individuals as well as groups, societies, nations, and even worldwide culture.

Of course, it's easy to quibble with this particular expression of the stages, but they are thought-provoking. And it should be obvious that the same stages could apply to a variety of concepts.

See how they apply to what you think, not only about Book of Mormon geography but other issues.

All truth passes through three stages.

First, it is ridiculed.

Second, it is violently opposed.

Others have added some gloss: