Once Church members understand the origins of the M2C* hoax and the logical fallacies that sustain it, they wonder why it remains so influential for so many of their fellow Saints.

People live in mental prisons. Among Latter-day Saints, M2C is a common example.

Because the Book of Mormon is the keystone of our religion, the mental prison of M2C is a serious matter. 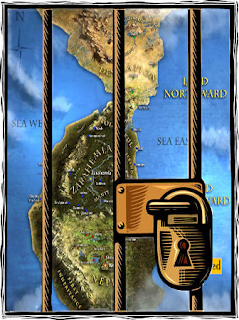 M2C has been imprinted on the minds of the Latter-day Saints from an early age.

They have been deliberately groomed to interpret the Book of Mormon through the M2C lens. The M2C scholars claim they "cannot unsee" M2C. They carefully guide their students and followers so they, too, are unable to "unsee" M2C when they read the text.

The teachings of the prophets about the New York Cumorah have been de-correlated, as we saw in Volume 1 of the Saints book, replaced by the theories of M2C intellectuals which are now being taught throughout CES, BYU, etc.

Book of Mormon Central (BMC) is reinforcing the walls of the M2C mental prison.

As a front for the Book of Mormon Archaeological Forum, BMC spends millions of dollars to disseminate M2C through the new ScripturePlus app that is designed to replace the Gospel Library with colorful graphics, videos, articles promoting M2C.

Fortunately, people can escape their mental prisons, but it's not easy.
_____

A new book discusses mental prisons and why they are so difficult to escape. It is called Loserthink and will be released in early November. You can read an excerpt here:

Here's an excerpt of the excerpt:

"Once you learn to see the walls of your mental prison, and you learn how to escape, you will have better tools to help usher in what I call The Golden Age... This is an incredible time in human history. Most of our problems with resource shortages are solved, or solvable, so long as we get our mental game in order."

I paraphrase that to apply to the Church context.

Once you learn to see the walls of your mental M2C prison, and you learn how to escape, you will have better tools to help usher in what I call The Golden Age... This is an incredible time in human and Church history. There is abundant evidence of the divine authenticity of the Book of Mormon--but not in Mesoamerica.

*M2C is the acronym for the Mesoamerican/two-Cumorahs theory. This is the theory that the prophets are wrong about the New York Cumorah.

M2C intellectuals claim that the prophets who have taught that the Hill Cumorah (Mormon 6:6) is in New York have actually misled the Church by teaching and testifying about their own incorrect opinions.

The M2C intellectuals teach instead that Cumorah is in southern Mexico. They teach students in CES and BYU to believe them instead of the prophets.

The most prominent M2C organization is Book of Mormon Central, which is spending millions of dollars to teach M2C to members of the Church and to the entire world.