The final part of my 4-part analysis of Royal Skousen's manuscript on the witnesses of the Book of Mormon is available here:

Subscribers to Mobom.org have access to the complete analysis as one document.

People often wonder how experts can be so completely wrong. Doesn't their expertise enable them to correct errors?

Not when they're subject to the confidence trap, as I'll discuss below.

This is why SITH (the stone-in-the-hat) narrative is so effective at undermining faith. Those who embrace SITH will, sooner or later, reach the same conclusion that Royal Skousen reached after he examined the statements of the witnesses.

“Joseph Smith’s claim that he used the Urim and Thummim is only partially true; and Oliver Cowdery’s statements that Joseph used the original instrument while he, Oliver, was the scribe appear to be intentionally misleading.”

Contrary to the SITH sayers, I think the historical evidence, when considered as a whole and in context, corroborates what Joseph and Oliver claimed. Their statements are neither “only partially true” nor “intentionally misleading.” They were forthright and accurate.

Skousen concludes otherwise because he manipulated the evidence to support his theory that Joseph didn’t really translate anything but instead merely read words that appeared on a stone in the hat (SITH). In the process, he omitted relevant evidence, applied inconsistent burdens of proof depending on whether a statement supported or contradicted SITH, and refused to consider alternative interpretations of the evidence.

After all, it was the Interpreter's predecessor, FARMS (with its Mayan logo) and BYU Studies who have been publishing Skousen's books. I've pointed out before that on page 6 of his Part Five: The King James Quotations in the Book of Mormon, Brother Skousen wrote:

Based on the linguistic evidence, the translation must have involved serious intervention from the English-language translator, who was not Joseph Smith.

Because these are expensive books that not a lot of people own, skeptics might think I'm not accurately quoting the book, so here's a photo. (click to enlarge)

That's the line of thinking--the bias--that led directly to the conclusion that Joseph and Oliver misled us about the translation.

Fortunately, more and more Latter-day Saints are catching on to the shenanigans of these scholars. While I respect and personally like the scholars, and I admire their factual research, I don't think they are flawless. No one is perfect, as they say.

It's not uncommon for a brilliant, educated person to make both important discoveries and major errors.

In fact, experts are prone to making big mistakes because of the confidence trap, as explained here.

One of the things that makes experts so convincing is that they exude confidence.  They can talk calmly and knowledgeably about a subject, make reference to relevant facts and build a compelling logic for their case.  A good expert is always impressive, but still usually wrong....

pundits who specialized in a particular field tended to perform worse than those whose knowledge was more general....

This is so counterintuitive that it hardly seems possible, but it’s true.  The reason lies in the confidence of the predictions.  Specialists, with their deep knowledge of a particular subject, tend to not to incorporate information outside their domain, which makes for a cleaner, more definitive story line.

That's what we are seeing with M2C and SITH.

Notice the Mayan logo on the title page below. M2C and SITH, all over again. 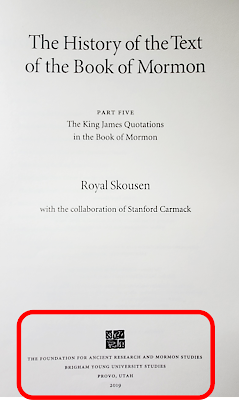 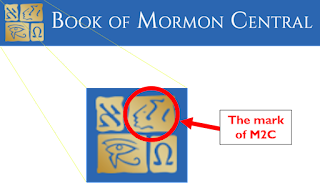