Before discussing the original M2C (Mesoamerican/two-Cumorahs theory), I note two new posts on my other blogs:

Although our modern M2C scholars (particularly those at Book of Mormon Central) make a show of their erudition and credentials as if they are offering something new, M2C was described nearly a century ago in a book by L.E. Hills titled New Light on American Archaeology.

He even provided photos for us to enjoy. 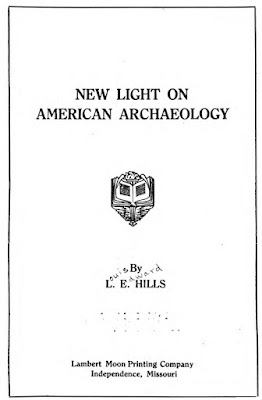 Here he reveals the location of the "real" Cumorah, explaining that "You cannot get away from that fact." 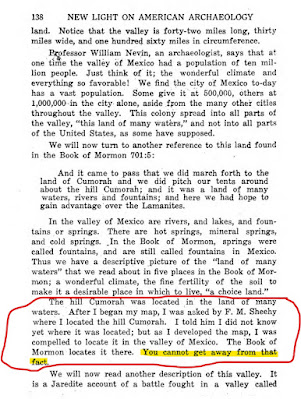 Of course, the actual fact that M2C does get away from is the reality that the Cumorah in New York was identified by Moroni when he first met Joseph Smith. Joseph referred to the hill as Cumorah before he even received the plates. During his mission to the Lamanites in 1830-31, Oliver Cowdery explained to the Indian tribes that the hill was called Cumorah anciently by Moroni. Later, of course, Oliver specifically taught it was a fact that the hill in New York was the scene of the final battles of the Jaredites and Nephites.

You can read all of these references and more here:

But L.E. Hills decided Oliver and Joseph were wrong. According to him, they didn't understand geography and archaeology as well as he did.

So Hills gave us M2C.

Now, in 2022, our intrepid LDS scholars and their followers pursue the same line of reasoning.

There are lots of fun things to discover in Hills' book. Here, on page 141, he explains that "An Israelitish custom was to call a pyramid a tower." Joseph just forgot to translate it correctly.

Our current experts at Book of Mormon Central have adopted the same line of reasoning for every part of the text that doesn't fit M2C.

Hills' book is replete with his own translation of the Book of Mormon. No wonder our M2C scholars have felt free to provide their M2C translation as well. 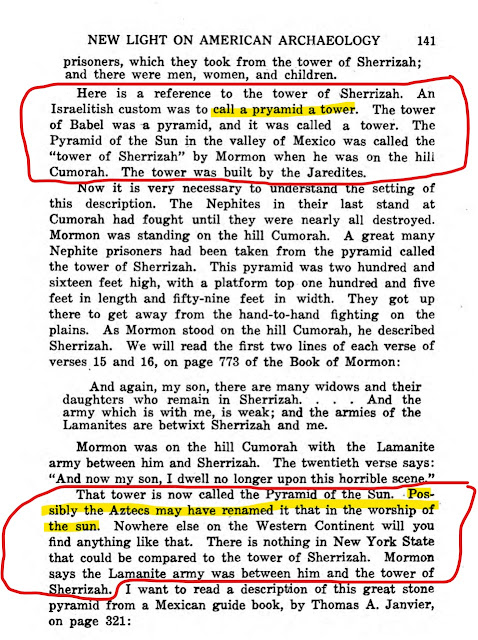 Fortunately, we have the Joseph Smith Papers that let us read the original documents without the spin of the modern M2C and SITH scholars.

We can all see that there was only one hill Cumorah and it is in New York.