Letter VII: Oliver Cowdery's Message to the World about the Hill Cumorah 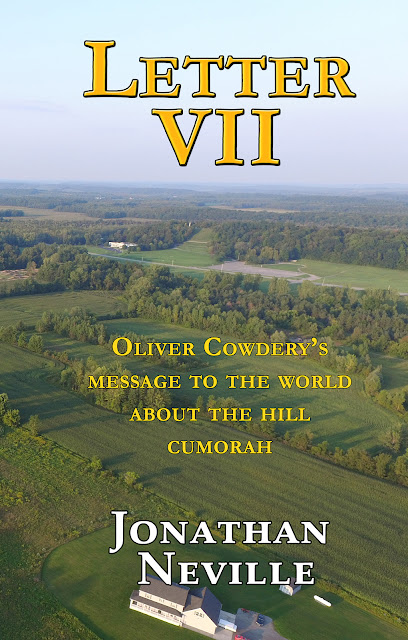 Today is Book of Mormon day (the anniversary of Joseph obtaining the plates from Moroni). To celebrate, here's my new book, Letter VII: Oliver Cowdery's Message to the World about the Hill Cumorah.

This is the "soft release," meaning we're not doing any marketing for two weeks. It is available on Amazon Kindle now, paperback soon. In a few weeks, it will be available in stores.

The book discusses the background, content, and significance of Oliver Cowdery's letters. It includes observations by Richard L. Bushman, John W. Welch, and others. I included edited versions of all eight of Cowdery's letters, along with timelines and numerous references for those interested in additional research.

Some of the key points covered in the book:

1. Oliver wrote these letters with the assistance of Joseph Smith and "authentic documents now in our possession."

2. Oliver declared the letters are founded on facts.

3. Oliver unequivocally identified the Book of Mormon Cumorah as being in New York.

4. Oliver describes the vale between the Hill Cumorah and another ridge about one mile west. [Note: this is the vale shown on the cover. In the hard copies of the book, the photo continues on the back cover so you can see the entire vale.]

5. Oliver writes about "the fact, that here, between these hills, the entire power and national strength of both the Jaredites and Nephites were destroyed." (emphasis mine)