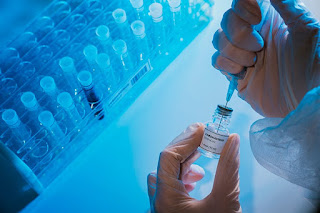 Matt Ridley made an observation about 2020 that could apply to LDS issues:

What if 2020 went down in history as the year synthetic biology dealt a mortal blow to future viruses and illnesses in general, rather than the year a virus ruined our health, wellbeing and livelihoods?"

He referenced an article he wrote for the Spectator titled:

Why mRNA vaccines could revolutionise medicine

What if 2020 went down in history as the year the teachings of the prophets dealt a mortal blow to the vain theories of intellectuals, both inside and outside the Church, rather than the year these theories ruined the faith of the people?

In my view, the worst thing that has happened in the Church is having intellectuals repudiate the teachings of the prophets and then seeing those intellectuals' theories be widely accepted.

Because it's so easy to spot the logical and factual fallacies of these theories, people lose their faith. Our fine young LDS scholars resort to sarcasm in a misguided effort to respond to critics because on key points, these scholars agree with the critics.

The recent post on MormonStories about how the M2C citation cartel is funded may have finally drawn more widespread attention to the problem.

Because the Book of Mormon is the keystone of our religion, it's not surprising that the critics have focused there. The critics and LDS intellectuals (including the entire M2C citation cartel) now agree on three fundamental assumptions that drive everything else they teach:

1. Joseph Smith produced the Book of Mormon by using a seer stone in a hat, not the Urim and Thummim (the Nephite interpreters) that Moroni put in the stone box. He didn't even use the plates.

2. Joseph Smith didn't really translate anything; he merely read words that appeared on the stone in the hat (SITH), which acted as a metaphysical teleprompter fed by a mysterious unknown supernatural translator from the 16th century who inexplicably provided Early Modern English for Joseph to read.

3. The Hill Cumorah is not in New York.

In my view, it's an enormous mistake to "inoculate" Church members with these theories. That's not inoculation but infection.

Inoculation would involve discussing all the historical facts, not just selected ones, and understanding them in a way that corroborates and supports, instead of repudiates, the teachings of the prophets.

I disagree with all three assumptions. I think:

1. Joseph Smith translated the plates with the Nephite interpreters.

2. Joseph Smith translated the plates in his own language, having been prepared from his youth to do so.

3. The Hill Cumorah is in New York and extrinsic evidence supports the teachings of the prophets on this topic.

I've explained all of these in detail in my latest books and upcoming podcasts. Tomorrow we'll discuss the translation.