The first Mission to the Lamanites 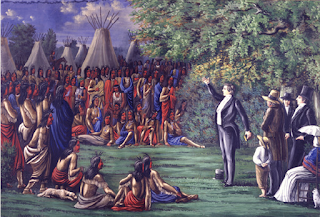 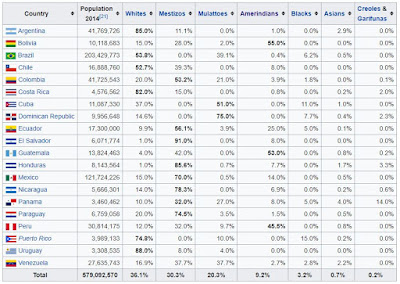 As we saw at the beginning of this post, people will confirm their biases no matter what the facts are. We have M2C scholars who claim the Book of Mormon took place entirely in a limited geography of Mesoamerica, yet who also claim the descendants of Lehi are found throughout Latin America. It's unclear why they designate Latin America to the exclusion of North America, but maybe this is merely the legacy of Orson Pratt living on.
Which is fine.
People can and will believe whatever they want.
But if you look at this issue from the perspective of missionaries teaching nonmembers, Orson Pratt's theory is probably not the strongest argument in favor of the historicity of the Book of Mormon.
You can decide yourself whether it is a strong argument to reject D&C 28, 30 and 32 by claiming that the X2 Haplogroup Indians to whom those sections refer are not Lamanites, because the Lamanites are the A, B, C, and D Haplogroup Indians in Latin America.
But again, people can believe whatever they want.
Posted by jonathan3d at 10:35 AM