Classic Post #5 - If BYU believed Joseph and Oliver... some FAQs

Question: Why does BYU now require every student to learn a fantasy map of the Book of Mormon?

Answer: Because BYU refuses to accept the clear, unambiguous declaration by Joseph and Oliver about the Hill Cumorah being in New York. Joseph and Oliver explained it in Letter VII, which you can read about here. BYU doesn't even want students to know about Letter VII.

Answer: Because BYU wants students to believe that Joseph and Oliver were confused speculators who misled the Church about Cumorah being in New York. BYU wants students to believe everything Joseph and Oliver taught except what they taught about the location of the Hill Cumorah (and except for the translation of the plates by means of the Urim and Thummim).

Question: Why does BYU question the reliability and credibility of Joseph and Oliver?

Answer: Because BYU's fantasy map of Book of Mormon geography has no place for what Joseph and Oliver taught about the real Cumorah in New York. 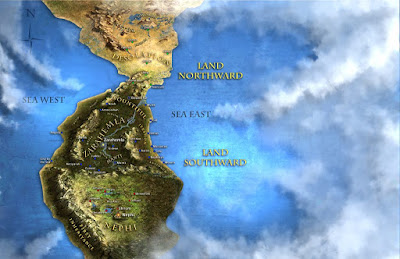 You can see the full map here: http://bom.byu.edu/

Question: Why does this fantasy map look like Central America, except turned 90 degrees?

Answer: Because BYU used the standard Mesomania interpretation of the Book of Mormon, with a north-flowing River Sidon, a narrow neck that is an isthmus, etc. However, BYU doesn't allow the teaching of Mesomania any longer. Instead, they created a fantasy map that resembles Central America, but is not an actual place anywhere on the planet. They made it "real" by assuming north = north. Otherwise, it's basically the same Mesoamerican map that BYU has taught for decades. We can be glad that at least they're not saying North = East like the Mesomania proponents still do. But that's the only real-world element of this fantasy map.

Question: What are the short-term ramifications of BYU teaching a fantasy map?

Answer: In the short-term, it appears that most first-year students at BYU will accept whatever they're taught in BYU religion classes because (i) they assume their teachers are approved by the Brethren and only teach truth, (ii) they want to pass classes, (iii) they are more focused on their majors and their social life, (iv) they don't know Church history (i.e., Letter VII and the teachings of all of Joseph's contemporaries and successors), and (v) they don't have time/interest to focus on the Book of Mormon so they let their teachers tell them what to think. But there are some BYU students who recognize that teaching the Book of Mormon took place in a fantasy, video-game world is equivalent to teaching that the Book of Mormon is fiction. And there are a few BYU students who know about Letter VII and reject this fantasy map concept.

Question: What are the long-term ramifications of BYU teaching a fantasy map?

Answer: At some point, whether as missionaries or while dealing with co-workers/friends/family who have left the Church or otherwise challenge their testimonies, BYU students will learn what Joseph and Oliver actually taught about Cumorah in New York in Letter VII. They will think back on the fantasy map they were taught at BYU and experience cognitive dissonance between fantasy and reality. Some will live with the cognitive dissonance by ignoring it, putting it "on the shelf," etc. Others will seek to resolve the cognitive dissonance by questioning everything they were taught by their religion professors. Some will begin to wonder why they're supposed to believe everything Joseph and Oliver taught except this one point about the Hill Cumorah. For some, this fantasy map will become a crack in their testimony that will widen and lead them away from the Church. They will become part of the statistics that 40% of returned missionaries are leaving the Church within 3 years of returning home. Others--hopefully the majority--will recognize this fantasy map for what it is--a manifestation of M2C ideology--and reject it in favor of what Joseph and Oliver actually taught.

Question: How can I learn more about what BYU is doing?

Answer: There is a helpful interview about the fantasy map here:

Here are some observations about quotations from the interview:

"that will help bring the scriptures to life in a way that is historically accurate, "
Except there is zero historical accuracy with the Book of Mormon being placed in a fantasy world, especially when the actual history of Cumorah, explained in Letter VII, is censored.
"we can make their road to learning a little less bumpy, a little more exciting, and a little more real and relevant.”
A map of a fantasy world is definitely "a little more exciting" than the real world, but it is the opposite of "more real and relevant." It turns the Book of Mormon into a fantasy book of wisdom, equivalent to the Lord of the Rings.
"If somebody finds something in their reading that says, “Oh, my goodness, this location can’t be there where they’ve got on the map.” Give us feedback, we can make version 40."
Unless, of course, your reading involves what Joseph and Oliver said. No version of this fantasy map will ever include what Joseph and Oliver actually taught about Cumorah. I've asked them to include such a variation, but they've refused.
Posted by jonathan3d at 7:00 AM