Every Latter-day Saint, particularly those affiliated with Book of Mormon Central, the Interpreter, and FAIRLDS, should denounce these efforts to falsely accuse their fellow Latter-day Saints. In particular, leaders such as Dan Peterson, Scott Gordon and Jack Welch should disavow the accusations made in this article.

If they don't, we'll revisit this problem more specifically.

But sadly, this is merely a continuation of the efforts of the M2C citation cartel. And the silence of the cartel constitutes condoning what Hanna Seriac and Brant Gardner have done.

The problem would be immediately alleviated if the cartel would simply recognize that many faithful Latter-day Saints still accept the teachings of the prophets about the New York Cumorah and seek to corroborate those teachings. Why the cartel feels threatened by those teachings is another topic, but as we'll see below, their envy of the rising popularity of the "Heartland" ideas does not justify their actions.

The cartel does immense harm to the Restoration by insisting that only their own private interpretations are legitimate and acceptable, even when their interpretations expressly repudiate the teachings of the prophets, as everyone can see.

But because the cartel and its members persist, we see Hanna Seriac and Brant Gardner, both of whom contribute to FAIRLDS, providing outrageous, deceitful comments about the "Heartlanders" they disdain, such as this one: 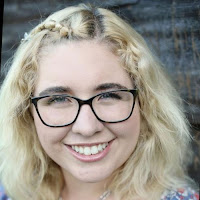 “Christian nationalism,” Seariac said, “fuels their interpretation of everything.”

We have to wonder why Hanna would lie to the media like this. She knows perfectly well that the only thing that defines "Heartlanders" is their belief in what the prophets have taught about the Hill Cumorah in New York and their belief in the latter-day scriptures.

So-called Heartlanders" are found throughout the world in a variety of nationalities, few of whom know or care about U.S. politics.

American Heartlanders live throughout the country and have a variety of political views and backgrounds. Even if, as Hanna insists, some "Heartlanders" separately express some elements of "Christian nationalism" (which she uses as a pejorative epithet), that certainly doesn't "fuel their interpretation of everything." To be clear, I disavow any racism, jingoism, or other un-Christian ideas and behavior, regardless of who advocates it. But I also deplore the efforts of Hanna and Brant to falsely attach these labels to their fellow Latter-day Saints.

To repeat: the only thing that defines "Heartlanders" is their belief in what the prophets have taught about the Hill Cumorah in New York. They have a variety of views about Book of Mormon geography and other topics, just like everyone else.

But the New York Cumorah is the one thing the M2Cers cannot tolerate.

Hanna, Brant, and their fellow associates at FairLDS have expressly repudiated the teachings of the prophets about the New York Cumorah. They don't like it when people draw attention to what they teach, so they resort to diversionary tactics to discredit Heartlanders.

Here's another example of their blatant deception in this article:

Heartlanders also tend to be anti-immigration, Seariac and Gardner said. In fact, both agreed that, more than any other belief or concern, this appears to be the driving force behind the current surge in support for the theory — that is, a sense among backers that not only their country but also their sacred text must be reclaimed from foreigners, specifically Latinos.

The way Heartlanders see it, if the Book of Mormon took place in the United States and not, as many Latter-day Saint scholars including Gardner argue, in Central America, then the Native Americans — not Central Americans — are the descendants of the Lamanites.

[Note: we can't tell if this lie is the reporter's spin or something that Hanna and Brant said, but we can clarify that "Heartlanders" have no problem with Central Americans being descendants of the Lamanites. That has never been an issue, except among M2Cers who seek to discredit Heartlanders. While the Doctrine and Covenants (28, 30, 32) specifically identified the Native Americans in New York, Ohio, and Missouri as "Lamanites," that does not exclude any others from also being descendants of the Lamanites, whether during or after Book of Mormon time frames.]

Here is another deception that the M2C citation cartel has long promoted.

Seariac and Gardner explained that while this argument may seem nitpicky to outsiders, it has real-world consequences.

“It has allowed a very jingoistic, very racist approach to the Book of Mormon,” Gardner said. “And there are a lot of people that resonates with.”

It's not only unthinkable but appalling, really, that these members of the M2C citation cartel would spread such lies about fellow Latter-day Saints. But it's not new. They've been doing this for years.

Offline support [for the Heartlander ideas] also appears to be gaining ground, according to Brant Gardner, a Book of Mormon scholar who has written numerous books in defense of the Mesoamerican model. 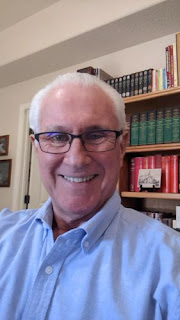 “I see it frequently in wards and talking to people,” Gardner, who lives in New Mexico, said. “It’s a lot more prominent than it was.”

Exactly how popular the Heartland model has become is hard to say. As a reference, [Wayne] May points to the crowds he is able to draw when speaking at private events, estimating anywhere from 4,000 to 6,000 might attend the lectures over three days.

“There are a lot of Saints out there that are very, very interested in what we’re doing,” May said, “and they’re paying close attention.”

To this, Gardner grudgingly agreed. “We can’t get that many people to any of our conferences,” he said, referring to his own community of supporters of the Mesoamerican model. “It’s a point of envy.”

I doubt many Latter-day Saints agree with Brant that his envy justifies his libelous efforts to mislead the public about what his brothers and sisters in the Gospel actually think and teach.

Some readers here may be unfamiliar with Hanna and Brant. Below are examples of the way they work with the M2C citation cartel.

As you can see, FAIRLDS, Book of Mormon Central, and the Interpreter are merely fronts for the M2C citation cartel. They have interlocking contributors and management. They cite and promote one another's work.
They uniformly repudiate the teachings of the prophets, thinking that they be more influential by presenting three "separate" organizations to the public. They can also solicit donations separately.

Naturally, they insist they are actually three separate organizations, which is technically true. But you don't have to look much past the facade to see how they coordinate their messages.

Now they're co-opting the Salt Lake Tribune to promote their deceitful message.

To repeat: Everyone affiliated with these organizations, along with other members of the citation cartel, should denounce these efforts to falsely accuse their fellow Latter-day Saints. 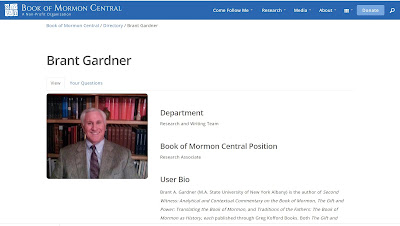 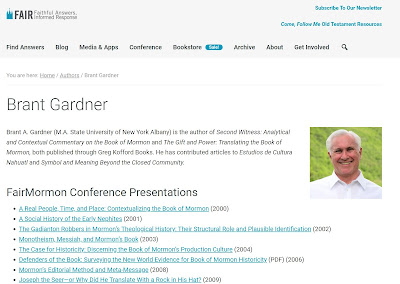 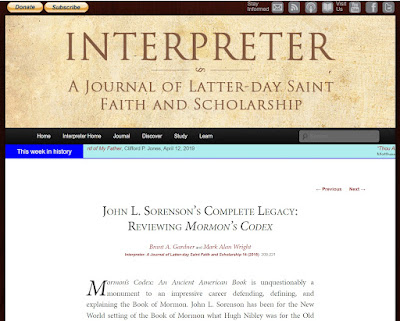 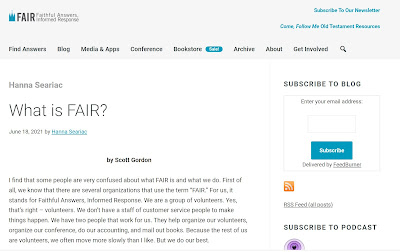