Elon Musk's acquisition of Twitter has brought out the differences of opinion about "free speech." Here's an summary from a Twitter user:

Perhaps what is happening here is that the left doesn’t want to engage in any debate because they know that they can’t win the argument if the other side is allowed to speak.

The parallels to the M2C and SITH citation cartels are apparent.

Q. The Book of Mormon doesn't mention snow (except as a metaphor), so how could it have taken place in the Midwestern states through New York where it snows annually?

A. The New Testament doesn't mention snow (except as a metaphor), so how could it have taken place in Israel, Turkey, etc., where it snows annually?

Neither the Book of Mormon nor the New Testament related weather reports.

Q. There are no volcanoes in New York or the Midwestern states, so how could Book of Mormon events have taken place there? 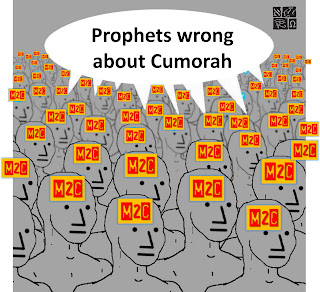