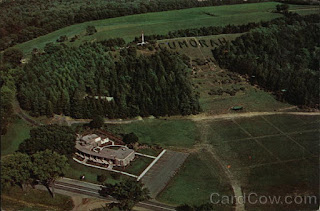 I keep hearing that the location of the Hill Cumorah "doesn't matter."

Usually I hear this from advocates of the Mesoamerican/two-Cumorahs theory who realize their theory contradicts the teachings of the prophets and apostles. They handle their cognitive dissonance by telling themselves--and others--that the geography doesn't matter.

This is an avoidance mechanism.


But by claiming it doesn't matter, they are aggravating and prolonging the problem that is causing members to become confused and disturbed in their faith. The mixed messages about Cumorah are an impediment to investigators. People leave the Church when they lose faith in the divine authenticity of the Book of Mormon, as the surveys show.

Maybe worst of all, every year thousands of students at BYU and in CES are being taught to disbelieve the prophets and apostles, and this will continue until the issue is resolved.
_____

For Joseph Smith and Oliver Cowdery, the location of Cumorah mattered.

When confronted with the 1834 anti-Mormon book Mormonism Unvailed [sic], the book that claimed the Book of Mormon was fiction based on the writings of Solomon Spaulding, did they respond by saying the geography doesn't matter?

In Letter VII, they declared the authenticity of the Book of Mormon by affirming that it was a fact that the final battles of the Nephites and Jaredites took place in the mile-wide valley west of the hill in New York where Joseph found the first set of plates in Moroni's stone box.

The Hill Cumorah, as Moroni called it.

They declared this was also the site of Mormon's depository (Mormon 6:6)

Joseph Smith made sure every member of the Church in his day knew this truth. Letter VII was reprinted in the Times and Seasons, the Gospel Reflector, the Millennial Star, the Prophet (the New York newspaper), and the Improvement Era.

Joseph's own brothers, Don Carlos and William, both reprinted it. It was included in a special pamphlet in England.

Why are so many active LDS eager to reject not only what Joseph and Oliver declared about Cumorah, but also their emphasis on its importance?

Joseph and Oliver knew the location of the Hill Cumorah mattered, because a claim that it didn't matter would amount to conceding the argument that the Book of Mormon was fiction; i.e., that Mormonism Unvailed was correct.

The latest iteration of the claim that the Book of Mormon is fiction is the "abstract map" being taught at BYU and CES.

Look at this location of Cumorah. It doesn't exactly look like New York, does it?

That's because it's not. It's a fantasy map, teaching the students that the Book of Mormon took place in a fictional world.

It's unbelievable that it is BYU/CES teaching this.

One would expect something like this to come out of an anti-Mormon ministry. It's the modern equivalent to Mormonism Unvailed.

And I think we should respond the same way Joseph and Oliver responded to Mormonism Unvailed; i.e., we should reaffirm the consistent teachings of the prophets and apostles that Cumorah is in New York.
_____

Let's return to the question, Why are so many active LDS eager to reject not only what Joseph and Oliver declared about Cumorah, but also their emphasis on its importance?

For many active LDS, the geography of the Book of Mormon may not matter. They have faith that the book is true. End of story. That's a gift of the Spirit, but those who have that gift can't expect everyone to have the same gift. Everyone has different spiritual gifts. (Moroni 10, D&C 46, 1 Corinthians 12)

[Besides, it's an ironic argument. Religious people everywhere have implicit faith in their beliefs. We send missionaries to them precisely because we know faith alone can lead people to believe in things that aren't true.]

Other active LDS don't believe the Book of Mormon is a literal history. Instead, they think it's a sort of inspired parable, teaching correct principles like the parables in the New Testament.

Still other LDS believe in the divine authenticity of the Book of Mormon and it is for that reason that they seek evidence of its reality. The same reason why people learn about Israel and Egypt, whether through books or travel, lead faithful LDS to want to know more about the setting and context of the Book of Mormon.

The only reason there is confusion about the Hill Cumorah is that intellectuals in the Church have decided the prophets and apostles are wrong, and they've been teaching students at BYU/CES for decades to believe this.

These intellectuals are causing cognitive dissonance for members and investigators alike.

But Joseph and Oliver knew otherwise.

I think by now it is obvious that they were right.

We ought to accept them as the prophets and apostles they were, and as the two witnesses of the restoration of the Priesthood, the translation of the Book of Mormon, and the visitation of Moses, Elijah, Elias, and the Savior Himself.
Posted by jonathan3d at 6:38 AM