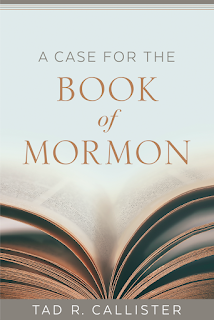 In his new book, A Case for the Book of Mormon, Elder Tad R. Callister wrote,

Partial truth is part of the long-established pattern we've seen from the M2C citation cartel. Some Church employees have also resorted to partial truths to promote their private agendas.

On the topic of Cumorah, the whole truth dilutes or negates the arguments of the intellectuals.

This is why the intellectuals, along with their followers and employees, continue to resort to censorship, both full and partial. Here, of course, I'm referring to Book of Mormon Central, FairMormon, the Interpreter, BYU Studies, and much of the Church History Department.
_____

Sometimes censorship is achieved by completely erasing some historical facts from the record, while leaving others intact--a form of partial truth. We saw this with the Saints book, which censored all references to Cumorah while purporting to be "the standard of truth." People reading Saints have no idea that Joseph Smith and all his contemporaries and successors taught that there was one hill Cumorah and it was in New York.

The editors of Saints justified changing Church history because they wanted to accommodate the modern M2C hoax, as we saw here:

That form of censorship works because people never know what they are missing. Consequently, the youth in the Church and the rising generation will never know what the prophets have taught about Cumorah--unless they seek information from sources other than Saints, the Ensign, the New Era, the Friend, CES, BYU, and the M2C citation cartel.

But we can't, because M2C drives the editorial decisions.

To be sure, Saints and all of these sources also include good information and lots of truth. That is what makes it all the more challenging when they promote partial truth.
_____

Another fascinating example of partial truth is the Gospel Topics Essay on Book of Mormon Geography.

Anthony W. Ivins, a Counselor in the First Presidency, stated: “There has never been anything yet set forth that definitely settles that question [of Book of Mormon geography]. So the Church says we are just waiting until we discover the truth.”3

I pointed out that this was a partial truth for two reasons.

First, because the quotation is taken out of context and misleadingly paraphrased. Note what precedes the excerpt and bracketed paraphrase. "There is a great deal of talk about the geography of the Book of Mormon. Where was the land of Zarahemla? Where was the City of Zarahemla? and other geographic matters. It does not make any difference to us. There has never been anything yet set forth that definitely settles that question. So the Church says we are just waiting until we discover the truth. All kinds of theories have been advanced. I have talked with at least half a dozen men that have found the very place where the City of Zarahemla stood, and notwithstanding the fact that they profess to be Book of Mormon students, they vary a thousand miles apart in the places they have located. We do not offer any definite solution."

In 1929, President Ivins was not casting doubt on the location of Cumorah, as the Gospel Topics essay implied. Instead, he was reaffirming the two separate elements of the long-held position of the Church that (i) Cumorah is in New York and (ii) we don't know for sure where the other events took place.

Second, the essay was a partial truth because President Ivins endorsed the long-held, firm, and clear position on the New York Cumorah, a position that the Gospel Topics Essay seeks to repudiate without even acknowledging the teachings of the prophets, except by misstating them and conflating the two separate elements.

"All of these incidents to which I have referred, my brethren and sisters, are very closely associated with this particular spot in the state of New York. Therefore I feel, as I said in the beginning of my remarks, that the acquisition of that spot of ground is more than an incident in the history of the Church; it is an epoch—an epoch which in my opinion is fraught with that which may become of greater interest to the Latter-day Saints than that which has already occurred. We know that all of these records, all the sacred records of the Nephite people, were deposited by Mormon in that hill. That incident alone is sufficient to make it the sacred and hallowed spot that it is to us.... Those additional records will come forth, they will be published to the world, that the children of our Father may be converted to faith in Christ, our Lord and Redeemer, through obedience to the doctrines which he taught."

To avoid conveying a partial truth, the Gospel Topics essay should have included both of his talks (1928 and 1929); simply omitting one (and quoting the other out of context with a misleading paraphrase) uses partial truth to create a false impression of what President Ivins actually taught.

After I pointed out the problem with this partial truth, the essay was revised. But instead of revising it to teach the entire truth, the authors/editors simply erased President Ivins altogether!

There remain other partial truths in the essay, but in the treatment of President Ivins, we see a partial truth replaced by complete censorship.

You can read about the revisions here, along with my comments:

https://presidentnelsonspeaks.blogspot.com/2019/02/revisions-to-gospel-topics-essay-on.html
_____
The lesson from all of this is what Brother Callister wrote, which bears repeating:
Suffice it to say, a partial truth, when intentionally presented as the whole truth, is an untruth. Unfortunately, there are some who are so concerned about winning an argument or promoting an ideology that they present only a partial truth, perhaps afraid that if they presented the whole truth it would dilute or even negate their argument. When they do so, that partial truth becomes an untruth. (pp. 70–71)
Posted by jonathan3d at 7:30 AM