Time to expose the M2C hoax 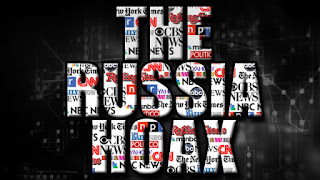 Current events have given us a rare opportunity to finally expose the M2C hoax.

The collapse of the Russia collusion hoax has primed people to recognize that they have been lied to. Everyone now sees that what the media portrayed as truth for 2 years was actually a hoax.

The Russia hoax is a parallel to the M2C hoax. People who believed the Russia hoax for two years are angry to see the hoax exposed. They just cannot believe that the media and their favorite politicians misled them so completely for so long.
_____

I often hear from readers who, when they share the teachings of the prophets about the New York Cumorah, get angry responses from people who believe M2C* because of what they were taught in CES or BYU classes.

(*M2C is the acronym for the Mesoamerican/two-Cumorahs theory, promoted by certain LDS intellectuals who claim the prophets are wrong about the New York Cumorah.)

To understand the source of this anger, we need to recognize that there are two categories of people in the Church:

A. those who still believe the teachings of the prophets about the New York Cumorah, and

B. those who disbelieve those teachings.

[Technically, there is a third group: those who have never heard those teachings. This includes pretty much everyone who is younger than 40 years old. However, the young people in the Church have been skillfully primed by M2C intellectuals to reject the teachings of the prophets about the New York Cumorah, so they usually fall into group B until they learn more about the M2C hoax.]

Group B also includes the employees of Book of Mormon Central and other members of the M2C citation cartel who actively work to persuade members of the Church (and the world as a whole) to disbelieve the teachings of the prophets.
_____

They are surprised that other members of the Church get angry when they learn what the prophets have taught about the New York Cumorah, but they recognize this anger arises from cognitive dissonance, because M2C is incompatible with faith in the teachings of the prophets.

Those who still believe the teachings of the prophets about the New York Cumorah identify with Nephi, who wrote, "Behold, it came to pass that I, Nephi, did cry much unto the Lord my God, because of the anger of my brethren." 2 Nephi 5:1
_____

We are reminded of something Michael Crichton said:

"Human beings never think for themselves; they find it too uncomfortable. For the most part, members of our species simply repeat what they are told - and become upset if they are exposed to any different view."

George Orwell put it this way: “The further a society drifts from the truth, the more it will hate those that speak it.”
_____

It's fine for people to believe whatever they want. No one should get angry about what someone else believes.

But no one should tolerate the intentional censorship of the clear teachings of the prophets.

Yesterday I heard a variation of that:

We can't make informed decisions when we don't have good information.

This is true despite the effective priming techniques employed by CES and BYU with their fantasy maps.

But now, thanks to the exposure of the Russia collusion hoax, it is a good time for Church members to recognize the M2C hoax.
_____

Americans are beginning to accept the reality that the media perpetrated the Russia collusion hoax. They can see that the media (and many politicians) deliberately misled them for political reasons.

Likewise, members of the Church, at least in the U.S., are beginning to accept the reality that certain LDS intellectuals, as well as LDS media, perpetrated the M2C hoax.

They can see that the M2C citation cartel deliberately misled them for academic and financial reasons.
_____

The M2C hoax, started in the early 1900s by RLDS scholars, has persisted for over 100 years despite the objection of LDS Church leaders, including members of the First Presidency speaking in General Conference.

You can read what the prophets have taught here:
http://www.lettervii.com/p/byu-packet-on-cumorah.html

The M2C intellectuals claim superiority over the prophets. They claim their intellect is greater than the mantle of the prophets.

They are telling us that the prophets who taught the New York Cumorah were merely ignorant speculators who misled the Church.

It is astonishing that so many members of the Church believe this hoax, but in almost every case (not counting the paid activists), it is because Church members don't know any better.
_____

Think about this. Book of Mormon Central has raised millions of dollars and is hiring fine young scholars to promote M2C throughout the world on social media. They want everyone to know that they, the intellectuals, are correct, while the prophets are wrong.

BYU and CES are actively teaching the youth of the Church that the prophets are wrong about the New York Cumorah.

How is that playing out?

Fewer and fewer members of the Church believe the Book of Mormon is an authentic history.

Joseph Smith and Oliver Cowdery recognized that it was essential to ground the Book of Mormon in the real world.

That's why they wrote and published (and republished many times) Letter VII, which declares it is a fact that the Hill Cumorah of Mormon 6:6 is the same hill where Joseph found the plates.

Joseph and Oliver had first-hand, personal experience with the repository of Nephite records in that hill. Moroni himself identified the hill as Cumorah.

The New York Cumorah was reaffirmed for 140 years by many prophets, including members of the First Presidency speaking in General Conference.

Yet the M2C intellectuals insist they were all wrong.

Because of the speculation of a couple of scholars from the Reorganized Church of Jesus Christ of Latter-day Saints who also rejected Brigham Young, John Taylor, and all the other prophets who succeeded them.

Our M2C intellectuals preferred this speculation instead of the teachings of the prophets and have spent decades confirming their bias.

And that's fine. They and their followers can believe whatever they want. No one should be angry or contentious on either side.

But no one should engage in censorship, either.
_____

There is something else Michael Crichton said that pertains to all of this.

"In the information society, nobody thinks. We expect to banish paper, but we actually banish thought."

The M2C citation cartel knows they can banish thought by controlling information. They know that censorship can succeed in the Church because so many Church members rely on the employees at CES, BYU and COB to provide good information.

Most Church members are shocked to learn how the teachings of the prophets about the New York Cumorah is being systematically censored.

For there are many yet on the earth among all sects, parties, and denominations, [including LDS] who are blinded by the subtle craftiness of men, whereby they lie in wait to deceive, and who are only kept from the truth because they know not where to find it— D&C 128:12

A good place to find the truth is Letter VII and the teachings of the prophets about the New York Cumorah.
Posted by jonathan3d at 7:30 AM