The M2C hoax - off the rails 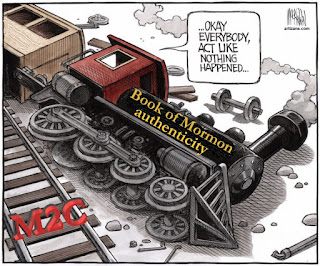 Recently Glenn Greenwald discussed the causes of the Russian collusion hoax (which has a lot of parallels with the M2C hoax).

The media formed a citation cartel and refused to engage with anyone who questioned their cartel.

"This is one of the problems that I think let the media just to go so far off the rails is that, especially those two cable networks, but also even newspapers, pretty much prohibited dissent from ever being heard so they constantly fed each other these conspiracy theories and told each other they were on the right track they advanced it further. And never really had to confront anybody who questioned or challenged them in any way," Greenwald said on Thursday's broadcast of 'Tucker Carlson Tonight.'
"I've spent the last two years debating everyone I can find who had different views than I had on this whole saga because I wanted to make certain that the things I were saying were scrutinized and subjected to critical rigor," the journalist said. "And that's exactly what they avoided and that's exactly the reason why they went so far off the rails."
https://www.realclearpolitics.com/video/2019/04/19/glenn_greenwald_donald_trump_broke_the_brains_of_a_lot_of_people.html

Today I'm giving my sixth presentation in the last 2 weeks. Other people have given many more recently. This means thousands of Church members have learned, for the first time, about the teachings of the prophets regarding the New York Cumorah and the evidence that supports the prophets.

This is progress. Members of the Church are enthusiastic about learning these things. But there is still a long way to go.
_____

Many people are upset at how deeply they've been misled by the M2C hoax (the Mesoamerican/two-Cumorahs theory).  One of the most common questions people ask is: Why do employees at BYU/CES and COB continue to teach the M2C?

The answer is two-fold:

1. These employees have all been taught M2C by people they trusted, so they accepted it. The academic cycle works great.

2. They believe the scholars instead of the prophets because they have been persuaded that the scholarship is overwhelming and conclusive.

We can stipulate that the M2C intellectuals are faithful LDS members with good intentions. They just have a different view on the question of intellectuals vs. prophets.

M2C is driven by the claim of intellectual superiority over the prophets.

It's not easy to persuade members of the Church that the prophets are wrong. That's why M2C intellectuals created the M2C citation cartel in the first place.

They use the cartel to censor the teachings of the prophets and the evidence that supports those teachings. The M2C citation cartel wants people to believe there is no alternative to the Mesoamerican setting for Book of Mormon geography. It is M2C or bust.

That censorship is one sign that M2C is phony scholarship.

M2C proponents refuse to provide readers (and Church members and leaders generally) with all the information they need to make informed decisions.
_____

Tomorrow we'll resume our series on the Illusion of M2C scholarship, focusing on Mormon's Codex. 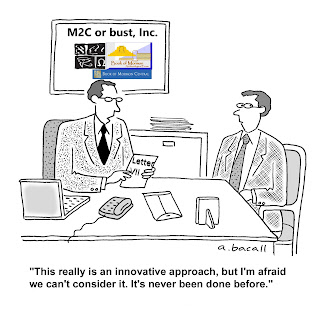