Most LDS scholars are thoughtful, open-minded, and eager to improve their work as they learn new things and interact with others. However, there are a handful of LDS scholars who are intransigent, closed-minded, and defensive on particular topics. The most prominent are those who promote M2C.* 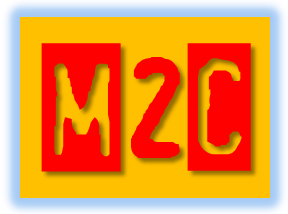 Long-time readers here know that my principal objection to the M2C theory is the way the M2C citation cartel refuses to acknowledge alternative interpretations. Their advocacy of M2C has led them to censor information that contradicts M2C, repudiate the teachings of the prophets, and castigate those who hold different views.

It's very strange that our most prominent LDS scholars pursue this approach.

The course pursued by the M2C citation cartel is anti-academic. It contradicts the Church's policy of neutrality and it poses a serious obstacle for acceptance of the Book of Mormon.

According to the M2C intellectuals, the Book of Mormon can only have taken place in Mesoamerica. From this hypothesis, which they teach is a fact, they reason that the Hill Cumorah of Mormon 6:6 cannot be in New York. Then they use this rationale to repudiate the teachings of the prophets about the New York Cumorah. In recent years, they've even developed "abstract" maps based on the M2C interpretation to imprint M2C on the minds of students throughout the Church.

The M2C approach cannot, in my view, lead to truth. Instead, it leads to circular reasoning, bias confirmation, and increasingly unbelievable outcomes. Plus, it taints other areas of study, such as Church history. M2C led to the censorship of Cumorah in Volume 1 of Saints, for example.

I favor instead an approach based on multiple working hypotheses. You can google it to find examples. Here's one: https://www.thoughtco.com/geological-thinking-1440872

This is a good statement of the concept:

Instead, the method of multiple working hypotheses offers a more effective way of organizing one's research.

Readers of this blog know that I've provided many such comparisons because I favor the method of multiple working hypotheses.

I encourage people to read what the material produced by the M2C citation cartel because I think most people prefer to make informed decisions instead of merely accepting what self-appointed experts tell them to think.

Or, as President Nelson explained in the April 2018 General Conference, "I know that good inspiration is based upon good information."

The M2C citation cartel instead seems to think good inspiration is based upon censorship, contention, and repudiation of the teachings of the prophets.

I continue to hope that more reasonable LDS scholars (as well as non-scholars) will work with the M2C intellectuals to promote more openness so that members of the Church, and people everywhere in the world who seek to know more about the restored Gospel, will have access to good information instead of the current system of censorship and contention fostered by Book of Mormon Central and the rest of the M2C citation cartel.
_____

*M2C is the acronym for Mesoamerican/two-Cumorahs theory which claims that the "hill in New York" is not the Cumorah of Mormon 6:6. M2C intellectuals teach that Joseph Smith, Oliver Cowdery and other Church leaders adopted a false tradition about the New York Cumorah because the "real Cumorah" is somewhere in southern Mexico. The M2C citation cartel is a group of M2C intellectuals who control major LDS academic publications and research organizations, including BYU Studies, the Interpreter Foundation, Meridian Magazine, Book of Mormon Central and FairMormon.