Apparently Dan "the Interpreter" keeps mentioning me on his blog, by name, which is his typical ad hominem approach to things dating back to the FARMS days. It does have the effect of bringing more attention to these issues, at least. Twitter's even getting into it.

Separately, I'm told that Education Week speakers focused on the stone-in-a-hat narrative and M2C. We saw M2C being pushed big time at the FairMormon conference, which we'll discuss next week.

So let's get real.

It's time we had this conversation as members of the Church everywhere, not just between a few thin-skinned academics and a handful of faithful critics of their work.
_____

What the M2C citation cartel and revisionist historians are doing has real-world consequences.

Previously I mentioned a federal lawsuit. It's a public record, so anyone can read it. I'm not going to discuss the merits of the lawsuit, its chances for surviving a motion to dismiss, etc., but it's important to look at the claims see how they line up with what these M2C intellectuals and revisionist historians are teaching.

Setting aside the litigation, what is expressed in the claims is a common reaction among Church members to the revisionist history we're reading everywhere now.

Had our intellectuals stuck with the teachings of the prophets, starting with Joseph Smith and Oliver Cowdery, a lawsuit such as this would never have been filed. Nor would CES Letter, the Tanners, and other detractors have much influence.

But because these intellectuals have persuaded people that Joseph and Oliver were wrong, artwork and articles have been published to support M2C and the stone-in-a-hat narrative. As a result, people throughout the Church are becoming confused and disturbed in their faith, just as Joseph Fielding Smith warned and as this lawsuit describes.

For today's post, I'm focusing only on section ii. The Origin of the Book of Mormon.

Notice how it starts with claim 76:

The orthodox yet false narrative tells that Smith translated what became the Book of Mormon
directly from gold plates which had been inscribed in reformed Egyptian by ancient
Americans with Hebraic DNA.

"The orthodox yet false narrative?"

That sounds outrageous to many Church members, but it is exactly what our M2C intellectuals and revisionist historians are teaching our youth (and the world as a whole). They claim Joseph didn't even use the plates and that he didn't even translate them anyway, that the New York Cumorah was a false tradition, etc.

Notice how this section ends with claim 91:

Whether using spectacles, or not, translating from the ancient writings of American prophets engraved on gold plates is a radically different method of creating the Book of Mormon than dictating the manuscript while looking at a stone with one’s head in hat.

That claim seems self-evident to me; it's the difference between translating (as Joseph said) and transmitting from a supernatural teleprompter (as our intellectuals teach today).

These intellectuals (including a speaker at the FairMormon conference) even refer to those of us who still believe the teachings of the prophets as "fundamentalists," a term they consider pejorative.

It's a travesty, and, to paraphrase Dan the Interpreter, it has to stop.

Well, it never should have started in the first place. And now maybe it's too late to stop. These intellectuals have imprinted M2C and the stone-in-the-hat so effectively that many members of the Church now believe both theories.

Which we'll discuss in an upcoming post when we take another look at the Gospel Topics essays.
_____

Here's the link to the lawsuit, followed by the relevant claims. 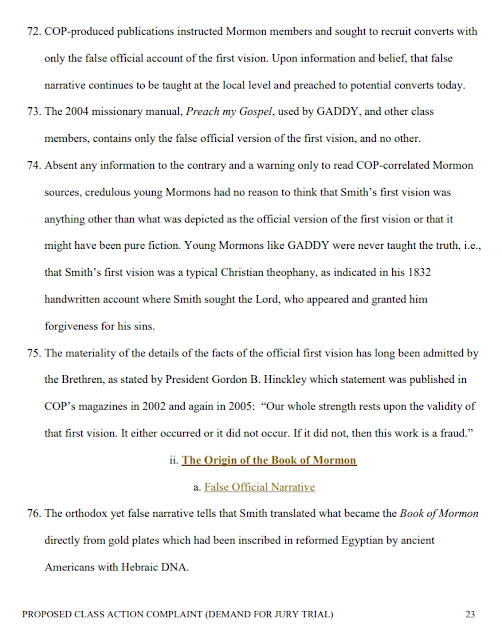 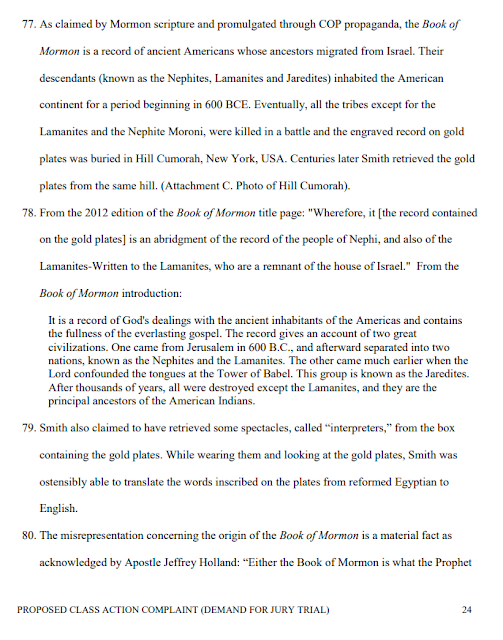 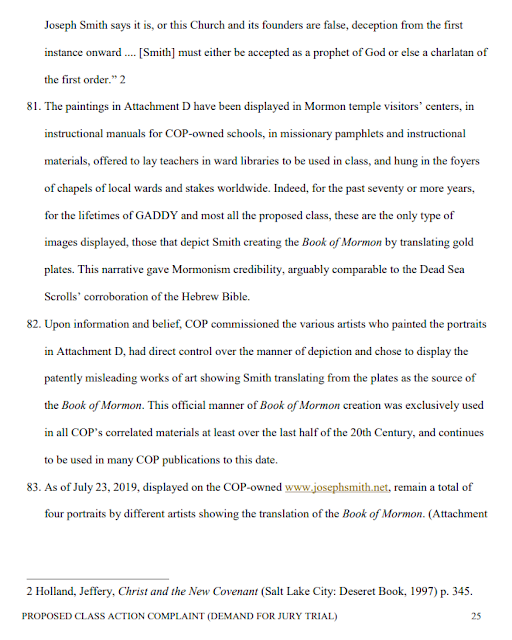 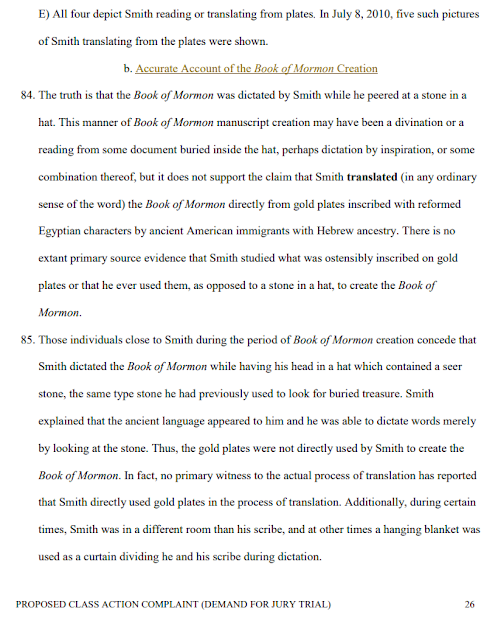 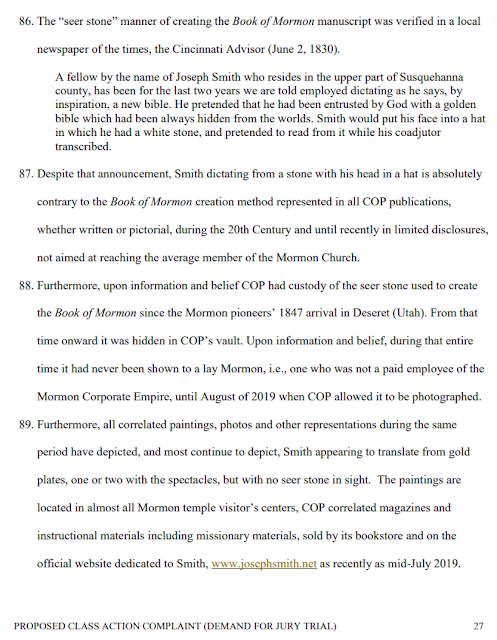 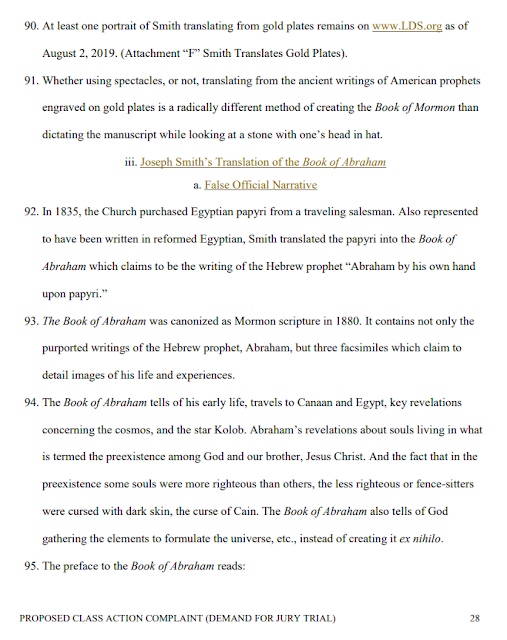