I keep hearing that M2C intellectuals such as Dan "the Interpreter" and their followers are reading this blog. There are anonymous trolls who purport to criticize what we say here, etc.

It's easy to see why. Here, we discuss issues that they censor and oppose. They want us to go away. But this blog is for people who value informed decisions. It's for people who still believe the teachings of the prophets (despite the expiration date assigned by the M2C intellectuals).

These categories do not include the M2C intellectuals, their employees and followers. They can't engage in a rational, calm discussion because that would require an exchange of views and information, something M2C will not tolerate.
_____

Once upon a time, there was a Gospel Topics Essay on Book of Mormon Geography. Among other things, it said that "the First Presidency and Quorum of the Twelve Apostles urge leaders and members not to advocate those personal theories in any setting or manner that would imply either prophetic or Church support for those theories."

A dramatic case in point was the FairMormon conference earlier this month. Two of our favorite M2C citation cartel members, Book of Mormon Central and FairMormon, announced new initiatives to promote M2C throughout the Church and to the world generally.

They're going to push M2C onto Church members everywhere, starting with English speakers, then Spanish, and eventually everyone.

So much for so-called neutrality.

The difference here is that Book of Mormon Central and FairMormon now overtly and proudly claim Church support for their M2C theory of Book of Mormon geography.

They introduced "ScripturePlus," a "free" app that will imprint M2C on every member of the Church who uses it. It includes M2C videos and commentary including the images in this post. 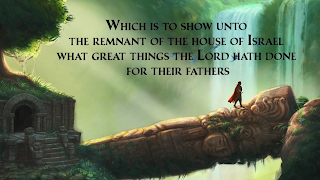 One wonders, scripture plus what?

It's a digital form of the philosophies of men, mingled with scripture.

ScripturePlus is designed to entice Church members away from the Church's relatively neutral Gospel Library and immerse them in a carefully designed indoctrination program. Hence, it's not "free" in any non-monetary sense of the world. It is as tightly controlled as any totalitarian media we can think of, and it forces uses to think only one way about important issues.


It's "free" only in the monetary sense, but it extracts a huge fee in terms of your ability to think for yourself and learn about the teachings of the prophets.

It's yet another manifestation of what I call the M2C gauntlet.

These are all beautiful images, certainly. But they directly violate the Church's announced policy on Book of Mormon geography because they are presented in a setting that implies Church support.

Worse, these images teach the same thing that the BYU fantasy map teaches; i.e., that the best way to understand the Book of Mormon is in a fantasy world.
_____

Put yourself in the position of a youth in the Church, or an investigator.

You open your ScripturePlus app. You click on an illustration or video and watch these fantasy images that reinforce the fantasy map you've learned in seminary, institute, or BYU. 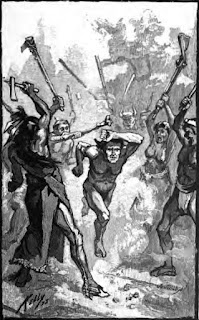 When you eventually learn that all of these contradict the teachings of the prophets about the New York Cumorah, what are you going to conclude?
_____

IOW, our M2C intellectuals, their employees and followers, are preparing to force other Church members through the M2C gauntlet.

Book of Mormon Central forms one column of the gauntlet. The other consists of FairMormon, Dan "the Interpreter," and various key intellectuals.

And we wonder why people are having the well-publicized "faith crises" everywhere.
Posted by jonathan3d at 11:14 PM