[M2C is the acronym for Mesoamerican/Two-Cumorahs theory promoted by Book of Mormon Central, the Interpreter, BYU Studies, FairMormon, etc.] 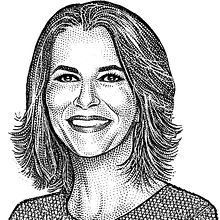 Facebook, Twitter and Google chief executives go before a Senate committee this week to face questions about alleged censorship....

The problem, which is familiar in Latin America and now seems to be coming to a theater near you, is a new “hyper-intolerance” on the part of the upper classes, academics and the media. This is scary because where efforts by elites to silence dissent have succeeded, things haven’t ended well, even for those who instigate them. What starts with canceling an opponent for some heresy almost inevitably leads to gagging civil society.

Full-blown censorship is associated with totalitarian regimes using military enforcement. But dive into the tragedy of tyranny in the Americas and you often find, long before the consolidation of power, insidious support from public intellectuals for controlling thought and speech. Over and over again their role in the “revolution” has been to define virtue and justice, and unleash the mob to denounce and condemn the unrepentant.... 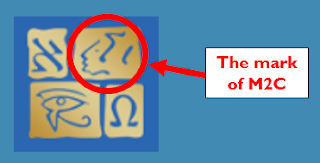 Another WSJ editorial makes a point that applies to M2C.

By pretending that the two stories [about the Hunter Biden laptop] conflict, the progressive media are attempting to say that the emails and texts should never have been reported.

This is laughable coming from the crowd that spent four years pushing the Russia-Trump collusion narrative from 2016 that was ginned up and promoted by the Hillary Clinton campaign. They spun the claims of the Steele dossier, despite no supporting evidence and no on-the-record witnesses. Yet now they claim that on-the-record statements from a former Hunter Biden associate, along with emails and texts that the Biden campaign hasn’t disputed, should be kept from the public.

Application to M2C: M2C is based on anonymous editorials in the 1842 Times and Seasons; i.e., there is no supporting evidence and no on-the-record witnesses.

All of this is relevant beyond next week’s election. If Democrats win up and down the ballot, progressives will control the commanding heights of nearly every American elite institution: Congress, the administrative state, Hollywood and the arts, the universities, nonprofits, Silicon Valley and nearly all of the media.

Yet instead of playing watchdog for the public, today’s progressive press partisans devote themselves to attacking anyone who breaks from their orthodoxy. They denounce independent voices like Ms. Strassel with their Twitter brigades, then they unleash reporters who are ideological enforcers masquerading as media critics. They can’t tolerate any opposing political view. This is why Americans in record numbers don’t trust the media, and it’s why we will keep reporting the news others won’t.