Scholarship: A matter of degrees

One question that arises often is "How could all the Book of Mormon scholars be wrong?"

To this, I answer they're not all wrong. There is a tremendous amount of scholarship on Book of Mormon topics that is informative, enlightening and inspiring. In fact, I'd say Book of Mormon scholarship is in good shape on most topics except for the geography question. 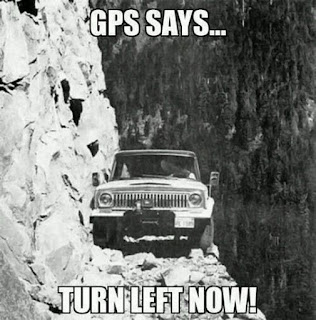 But that's a big problem.

Scholarship based on a faulty premise is like a GPS with a bad map: it can be technically accurate and even precise, but it will take you on a non-existent road and lead you off a cliff.

Another approach is is the famous quotation by Richard Feynman: "Science is the belief in the ignorance of the experts." In the context of BYU/CES scholarship on Book of Mormon geography, there may be an element of ignorance about Church history involved, but in my opinion, based on the articles I've been reviewing on this blog, it's more a case of choosing to see the text through a Mesoamerican lens and then being unable to unsee Mesoamerica. This lens has set them on a course that is off by a few degrees.

There's a famous talk by President Uchtdorf titled "A Matter of a Few Degrees" that describes the problem of a faulty premise:

"In 1979 a large passenger jet with 257 people on board left New Zealand for a sightseeing flight to Antarctica and back. Unknown to the pilots, however, someone had modified the flight coordinates by a mere two degrees. This error placed the aircraft 28 miles (45 km) to the east of where the pilots assumed they were. As they approached Antarctica, the pilots descended to a lower altitude to give the passengers a better look at the landscape. Although both were experienced pilots, neither had made this particular flight before, and they had no way of knowing that the incorrect coordinates had placed them directly in the path of Mount Erebus, an active volcano that rises from the frozen landscape to a height of more than 12,000 feet (3,700 m). 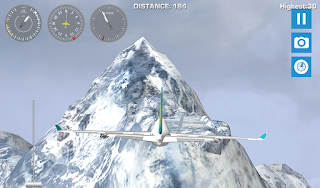 "As the pilots flew onward, the white of the snow and ice covering the volcano blended with the white of the clouds above, making it appear as though they were flying over flat ground. By the time the instruments sounded the warning that the ground was rising fast toward them, it was too late. The airplane crashed into the side of the volcano, killing everyone on board.

"It was a terrible tragedy brought on by a minor error—a matter of only a few degrees."

Joseph Smith and Oliver Cowdery set a clear course on the topic of Book of Mormon geography. Letter VII is unequivocal: Cumorah is in New York. Letter VII is contained in the personal journal Joseph kept with him in Nauvoo, which he had with him when he wrote the letter that became D&C 128 ("Glad tidings from Cumorah!"). Letter VII had been republished in the Times and Seasons the year before. 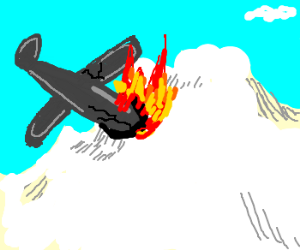 Had the scholars stayed on that course, they would not have crashed into Mesoamerica.

For the current and future generations, though, it's not too late to change course.

(Speaking of Mesoamerica, it's ironic that in President Uchtdorf's talk, the airplane crashed into the side of a volcano, much as the Mesoamerican advocates keep insisting the text talks about volcanoes.)
____________________

At this point, the only question is whether the BYU/CES scholars are willing to change course. That remains to be seen.

One good indicator to watch is Book of Mormon Central. A course correction there would be allowing presentation of concurrent geography ideas on an equal basis. A continued focus exclusively on the Mesoamerican setting would mean more crashes. 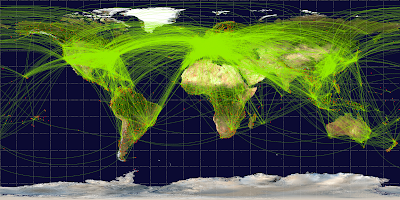 There are about 100,000 airline flights every day, each of them following a specific course to deliver passengers to their intended destinations. If airlines can figure this out, surely LDS scholars can correct their courses and deliver accurate and useful knowledge about Book of Mormon geography to their students and readers.
Posted by jonathan3d at 8:44 AM