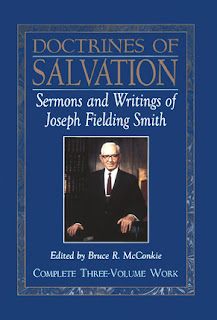 While commenting on a chiasmus article, I started explaining my views on Cumorah and ended up digressing so much I decided to put that analysis here. The Cumorah discussion is a classic case of what you'll find if you read the citation cartel's publications carefully and unpack them.

Those who have read the book on Letter VII, available here and online here, know that Joseph Fielding Smith specifically rejected the two-Cumorah theory on which the Mesoamerican theory depends. (This is the theory that the hill in New York was merely where Joseph found the plates, and not the scene of the final battles of the Jaredites and the Nephites.)

Here is a summary of how the issue has been addressed over the years. (The detail is later in this post for those interested.)

In 1938, as Church Historian and a 28-year member of the Twelve, Joseph Fielding Smith writes an extensive analysis rejecting the two Cumorah theory and declaring that it has led members of the Church to "become confused and greatly disturbed in their faith of the Book of Mormon."

In 1956, now as President of the Quorum of the Twelve, President Smith releases Doctrines of Salvation, compiled by Bruce R. McConkie, that includes the republication of his analysis rejecting the two-Cumorah theory.

In 2010, the Citation Cartel claims that President Smith told Sidney Sperry he could write whatever he wanted, including the two-Cumorah theory, and from that they conclude "It seems clear, then, that Elder (later President) Smith did not regard his views as the product of revelation, nor did he regard it as illegitimate to have a different view of the matter."

What is the basis for this rejection of what President Smith wrote? 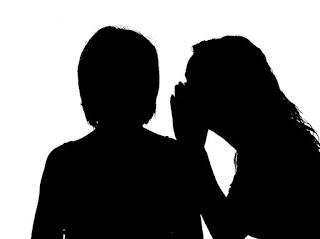 "Recollection of John Fugal of Orem, Utah, to Matthew Roper, 15 May 2010. Fugal was a student in a BYU Book of Mormon class where Sperry recounted the experience."

I am not making this up. All the citations are listed below, with online links.

You pick which side has more credibility.

Better, follow President Smith's analysis and add more recent discoveries from the Joseph Smith papers, then contrast that with the multiple layers of hearsay that the citation cartel relies upon.

(For new readers, the citation cartel consists of FARMS, FAIRMORMON, the MAXWELL INSTITUTE, THE INTERPRETER, BYU STUDIES, BMAF, AAF, CES, and, to a large degree, BOOKOFMORMONCENTRAL. All of these cite one another and exclude alternative viewpoints that challenge the Mesoamerican theory.)

Hopefully by now everyone reading this blog knows that Letter VII unequivocally states, as a "fact," that the final battles of the Jaredites and Nephites took place in the mile-wide valley west of the Hill Cumorah in New York. Readers also know that Joseph Smith helped Oliver Cowdery write the letters, that Joseph had his scribes copy them into his journal as part of his history, and that Letter VII was published with the other letters in the Messenger and Advocate, the Times and Seasons, the Gospel Reflector, and in a stand-alone pamphlet in 1844.

IOW, during Joseph's lifetime, it was universally accepted, as a fact, that the Hill Cumorah--both Mormon's and Moroni's--was in New York. It was in his context that Joseph wrote D&C 128: "Glad tidings from Cumorah!"

No student of the Book of Mormon should ignore Letter VII. I hope every member of the Church today reads it, as they did in Kirtland and Nauvoo when Joseph was alive.

I began my analysis of Book of Mormon geography decades ago as a seminary student while living in Germany. Then I went to BYU and learned the Mesoamerican theory in more detail. For decades, I accepted it by default, but the two-Cumorah theory on which it depends never felt right. I didn't realize until much later that Joseph Fielding Smith had specifically addressed that theory in the 1930s, stating that "because of this theory some members of the Church have become confused and greatly disturbed in their faith of the Book of Mormon."

No truer words about this topic have ever been written. The evidence of that is all around us today.

President Smith went on to write, "It is for this reason that evidence is here presented to show that it is not only possible that these places could be located [in New York] as the Church has held during the past century, but that in very deed such is the case."

Among other things, he cited Oliver Cowdery's Letter VII and notes that the letters "were written at the Prophet's request and under his personal supervision." He points out that Letter VII was published in the Messenger and Advocate and the Times and Seasons. Apparently President Smith didn't know that Joseph had also instructed his scribes to copy the letters into his journal (something I didn't know until I searched in the Joseph Smith Papers) and had given Benjamin Winchester express permission to publish them in the Gospel Reflector.

As I noted at the outset, I realize FairMormon explains away President Smith's comments. I'm going to take a moment here to illustrate why you need to carefully analyze everything the citation cartel publishes.

In this case, look here for an awesome display. The anonymous article states: "Although Elder Smith would later become president of the church in 1970, his article arguing for a New York location as the scene of the final battlefield was written many years before he assumed that position..." [when Elder Smith wrote about the two-Cumorah theory in 1938, he had been an Apostle for 28 years and Church Historian and Recorder for 17 years] "and he apparently never revisited the question as president of the church." [The analysis was republished in Doctrines of Salvation vol. 3, compiled by Bruce R. McConkie, in 1956, five years after President Smith became President of the Quorum of the Twelve. Normally, one would think that a definitive, declarative statement made in 1938 and republished in 1956 would not need to be "revisited" later--unless it needed to be corrected.]

Then FairMormon cites an anecdote about Sidney B. Sperry, who decided the Hill Cumorah could not be in New York but did not want to contradict "Elder Smith" and asked him about it sometime "during the 1960s." Here's what FairMormon's anonymous author writes: "Sperry said that Elder Smith then lovingly put his arm around his shoulder and said, 'Sidney, you are as entitled to your opinion as I am to mine. You go ahead and publish it.'" [3]

Footnote 3 is this: Matthew Roper, "Losing the Remnant: The New Exclusivist "Movement" and the Book of Mormon (A review of "Prophecies and Promises: The Book of Mormon and the United States of America" by: Bruce H. Porter and Rod L. Meldrum)," FARMS Review 22/2 (2010): 87–124.

I went to that link (a FARMS Review article, another example of the citation cartel's incestuous citation practices) and searched for Sperry and Fielding and entitled. Not there. So I googled the phrase and if popped up at fairmormon, bmaf, and the Deseret News (another charter member of the citation cartel that I haven't posted about yet, but I will soon enough.) [NOTE: I later discovered that the problem appears to be two versions of a similar article by Brother Roper, both designated as FARMS Review 22/2 (2010). One is posted at the Maxwell Institute here, while the other is posted at the Maxwell Institute here. The articles have different names, but both are reviews of the same book, Prophecies and Promises. I've discussed that review before.]

The BMAF article finally gets to the bottom of this in an article by Stephen L. Carr, BMAF Senior V.P. and Editor, titled "General Authority Comments Regarding Book of Mormon Geography" here. He repeats the story:

"Sperry, who was very familiar with what Joseph Fielding Smith had previously written, told Elder Smith that he did not feel comfortable publishing something that contradicted what the apostle had written, but that he and other sincere students of the Book of Mormon had come to that conclusion only after serious and careful study of the text. Sperry said that Elder Smith then lovingly put his arm around his shoulder and said, “Sidney, you are as entitled to your opinion as I am to mine. You go ahead and publish it.” (1, 10)"

Footnote 1 is this: 1- Roper, Matt, Joseph Smith, Revelation, and Book of Mormon Geography, FARMS Review: Volume - 22, Issue - 2, Pages: 15-85. A review of Prophecies and Promises: The Book of Mormon and the United States of America by Bruce H. Porter and Rod L. Meldrum, Provo, Utah: Maxwell Institute, 2010. [This article appears to be the uncredited source of the FairMormon article, which, although published anonymously there, is actually a direct quotation from Brother Roper's article here.]

Footnote 10 is this: 10- Recollection of John Fugal of Orem, Utah, to Matthew Roper, 15 May 2010. Fugal was a student in a BYU Book of Mormon class where Sperry recounted the experience.

This is the identical footnote numbered 17 Brother Roper's article, and the only source for the Sperry story.

It should be obvious to any Latter-day Saint familiar with Article of Faith 11 that even if the compound self-serving 50-year-old hearsay is accurate, Joseph Fielding Smith was merely recognizing Brother Sperry's own free agency and academic freedom. Nothing in this recollection implies that President Smith changed his mind on this topic, but he wasn't insisting everyone think the same way he did. He presented his analysis in some detail so anyone could follow it. Unlike the Mesoamerican activists, President Smith accepted Oliver Cowdery as a credible witness.

It should also be obvious to anyone who has attended BYU--or Institute, Seminary, or even Primary--that what someone says in a class is not necessarily reliable. Of course, the citation cartel makes an exception for when you get some good hearsay that confirms your biases.

Although then you have to consider what Lehi and Benjamin said about the importance of written records...

The evidence of the accuracy of President Smith's characterization of the two-Cumorah theory is all around us.

The famous "late" objection. My favorite part of the citation cartel's approach is they reject the New York Cumorah because Oliver Cowdery, David Whitmer and others gave "late" recollections and statements. In Oliver's case, 1831 was "late" because he didn't mention Cumorah until he was teaching the Lamanites on his mission. In Joseph's case, 1835 was "late" because he waited too long to help Oliver write Letter VII, publish it in the Messenger and Advocate, and have it copied into his journal. [This is apparently "late" because Joseph had plenty of time to do all of this between 1830 and 1835 and just chose not to do it--a proposition I suspect most historians would disagree with.] And then 1841 was "late" because Don Carlos waited too long to republish Letter VII in the Times and Seasons when he could have published it in the first issue in 1839. And 1841 was also "late" because Benjamin Winchester waited until March to republish Letter VII in the Gospel Reflector. He could have published it in January 1841 when he started the paper.

David Whitmer was "late" because he didn't give direct testimony to Joseph F. Smith about when he first heard the word Cumorah--from a heavenly messenger, before he'd even read the text (and before the translation was complete)--until September 1878. That was 49 years after it happened, after all! (Okay, a memorable event, but doesn't everyone misremember what angels tell you when you're young?)

Here's what is not "late" for Mesoamerican advocates: compound, self-serving hearsay from sometime in the 1960s, first recorded in 2010. Fifty years for such evidence is not too late. No, to the citation cartel that evidence is so credible and fresh that they cite it everywhere to justify the two-Cumorah theory.

Good thing we're still having fun.
Posted by jonathan3d at 9:22 AM