What they're really saying is it doesn't matter to them. But they're saying that because they have a spiritual gift that others don't have, and we can't legitimately expect everyone to have the same spiritual gifts (as Moroni explained in Moroni 10).

The teachings in the Book of Mormon are powerful. Even people who don't accept the book as divine recognize this. (The same is true of the Bible; even nonbelievers recognize the power of Christ's teachings.) But many books contain teachings powerful enough to change lives. What makes the Book of Mormon unique is its provenance; i.e., if it relates an authentic history of real ancient people, it could only have come to us through the power of God.

Living here in Africa (Mauritius), we are surrounded by people of many faiths and no faith. Statistically, the majority of people are Hindu. There are about an equal number of Christians and Muslims, plus lots of other faiths.

They all have religious leaders and holy books. They have holy buildings and ceremonies, rituals, commemorations, etc. All of these frame their interactions with God and contribute to their confirmation bias.

The Book of Mormon was uniquely designed by God to break through the confirmation bias because, if authentic, it is the sole book that could only have come from God. It is a tangible miracle.

The prophets specifically tied the Book of Mormon to the real world through the New York Cumorah as evidence of its divine authenticity.

But now that the M2C intellectuals have repudiated the prophets and severed that tie to the New York Cumorah, they have created a serious obstacle for people who seek the truth.
_____

1. Establishing divine authenticity is fundamental for widespread acceptance of the Book of Mormon.

2. M2C has debilitated the effort to establish divine authenticity. (I'll explain this in the second part, tomorrow.)
_____

Early detractors recognized this and tried to persuade people that Joseph Smith, alone or with the aid of others, composed the Book of Mormon or copied it from another source; i.e., that it was fiction.

In response, Joseph Smith recognized that divine authenticity is essential.* He taught his fellow travelers during Zion's Camp that the Hopewell mounds and artifacts they contained were evidence of the divine authenticity of the Book of Mormon. He and Oliver Cowdery wrote Letter VII to firmly anchor the Hill Cumorah to real-world New York.

People who say the geography doesn't matter come from one of the following two perspectives:

The second group is a topic for another day. In this post, I'll address the first group.
_____ 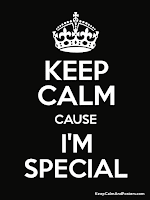 Those who believe the Book of Mormon and who say the geography doesn't matter claim to have a spiritual testimony given to them by the Holy Ghost as promised in Moroni 10:4-5. That's awesome. Good for them.

But what these people seem to forget is they are the recipients of a spiritual gift of exceedingly great faith (Moroni 10:11).

Not everyone has that same gift.

In fact, most people apparently don't have that gift, at least not with respect to the Book of Mormon.

Most Mormons know people who have read the Book of Mormon and have prayed about it but have not received a witness that it is true. I know several such people myself. Yet others gain such a spiritual witness from reading just the first verse, or a few chapters. How can that be?

I think it's because people have different spiritual gifts.

Moroni himself warns us against assuming everyone has the same spiritual gifts. Moroni 10:6-18.

The Holy Ghost can make the truth of all things known to people through whichever gift they have, but the spiritual gifts of wisdom and knowledge seem to be more widely available than the gift of exceedingly great faith.

For this reason, the divine authenticity of the Book of Mormon, established by actual physical evidence, matters to most people.

Because the prophets have consistently and persistently taught the New York Cumorah, that tie to the real world is essential for establishing the divine authenticity of the Book of Mormon.

As mentioned previously, Joseph Smith himself pointed to the mounds and artifacts in the Midwestern United States--Ohio, Indiana, and Illinois--as evidence of its divine authenticity. He never once directly or indirectly linked anywhere outside North America to the lands of the Book of Mormon. (True, some of his associates did, but that's a topic for another day.)

Without the divine authenticity of the Book of Mormon, demonstrated by actual artifacts and the ruins of the Nephite and Jaredite culture right where Joseph identified them, there's not a lot left for people to believe in if they don't have the specific gift of exceedingly great faith.

Therefore, the divine authenticity of the Book of Mormon is the key feature that differentiates Mormonism from all other religions.***
Consequently, when we promote M2C, we're going to have a problem because we are contradicting the prophets, and we're assembling a list of "correspondences" that are, at best, illusory. That's what we'll discuss tomorrow.

*Joseph himself recognized the importance of evidence when he explained that the mounds and artifacts in Ohio were evidence of the divine authenticity of the Book of Mormon. He wrote to Emma about this and discussed it with his companions on Zions Camp. About a year later, Joseph and Oliver Cowdery reiterated this point when they wrote Letter VII to explain the literal reality of the final battles taking place at, and the depository of records being concealed within, the Hill Cumorah in New York. Letter VII was republished many times during Joseph's lifetime, including in New York City just two days after he was killed in Carthage. His successors have reiterated the New York Cumorah ever since.

**1 out of 740 is accurate, but misleading because the vast majority of the 740 have never even heard of the Book of Mormon. How could they have faith in something they've never heard of?

Here in Mauritius, there are about 150 active members in a population of 1.2 million. That's an even lower percentage than Mormons in the world as a whole.

I think it's fair to say that most people in the Americas and Europe have heard of the Mormons. Same with Japan, South Korea, and the Philippines, Australia, and New Zealand, as well as Oceana overall. That's over 2 billion people. Even if we consider that about 10 million out of 2,000 million have accepted the Book of Mormon after having at least heard about it, that's an amazingly small percentage.

***
Scott Adams explains the dilemma of religious belief in the context of Q. One factor he doesn't list is when there is a tangible miracle--the Book of Mormon.

If you watch the video, think of M2C whenever he says Q.

https://www.pscp.tv/w/1ypKdYXbRlgGW
Posted by jonathan3d at 11:28 AM