M2C is built upon sand

In my last post, I noted the importance of establishing the divine authenticity of the Book of Mormon.

I stipulate this may not be important for the tiny percentage of people in the world who are raised LDS or who receive the gift of a spiritual witness powerful enough to break through their traditions. Here I'm discussing the reason for the gap between what is currently happening with the Book of Mormon in the world and what could be happening.

The Book of Mormon is the instrument God provided to gather Israel and to convince the world that Jesus is the Christ. Is it accomplishing that task? Little by little, sure, but I think there is a major impediment that is preventing much more widespread acceptance of the Book of Mormon.
_____

God's loving involvement with the lives of people everywhere in the world not only vindicates the faith of religious believers, but confirms their individual biases that their religions traditions--the source of their belief in God--are true.

Think of an example of God's intervention in your life--maybe an answer to a prayer, a miraculous healing, or a chance encounter with someone that changes both of your lives. Whether you are LDS, Catholic, Hindu, Muslim, Pentecostal, or anything else, that intervention will confirm your bias that your religion is true. Your religion taught you that God has this power, so when the power was made manifest, it "proved" your religion is true, at least to your satisfaction.

During Christ's ministry, the people were deeply attached to their respective traditions. How did Christ break through the powerful psychology of confirmation bias? 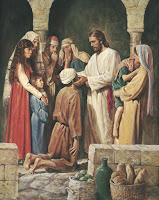 He broke through by doing things no one else could do. He performed miracles that shattered preconceptions and long-held traditions and biases. True, even the miracles were not persuasive enough to break through the confirmation bias of everyone, but they were persuasive enough to convince many people that their traditions were false and that they should at least listen to what Christ had to say.

In our day, the Book of Mormon is a tangible miracle that can be persuasive enough to break through confirmation bias psychology. When its divine authenticity is established, it can fulfill its role as the instrument God prepared to gather Israel and convince people that Jesus is the Christ.
_____

Joseph discussed this point with the members of Zion's Camp as they crossed the plains of Ohio, Indiana and Illinois. They observed the mounds and artifacts of the Hopewell Indians, which Joseph said were left by the Nephites and constituted evidence of the divine authenticity of the Book of Mormon. About a year later, Joseph and Oliver Cowdery wrote and published Letter VII, which firmly established the New York hill as the Hill Cumorah of Mormon 6:6.

The key point is that Cumorah is a sure, known connection between the Book of Mormon and the modern world, firmly established by the modern prophets.

D&C 1:38 "What I the Lord have spoken, I have spoken, and I excuse not myself; and though the heavens and the earth pass away, my word shall not pass away, but shall all be fulfilled, whether by mine own voice or by the voice of my servants, it is the same."

Because it is based on the clear, unambiguous teachings of the modern prophets, the New York Cumorah is the house built upon a rock (Matthew 7:24-5; 3 Nephi 14:24-5).

By teaching that the prophets were wrong, and that we actually have nothing but academic speculation to connect the Book of Mormon to the real world, M2C jettisoned the one sure touchstone between the Book of Mormon and reality in the New World.

Look at what M2C has done already.

Unmoored from its prophetic anchor in the New York Cumorah, the Book of Mormon has been cast adrift into a morass of speculation, semantics, and confusion. Now it is heading directly into the shadows of a "metaphorical" understanding, which is a euphemism for labeling it as fiction.

Because they insist the prophets are wrong, the M2C intellectuals have persuaded CES and BYU to teach the youth that the Book of Mormon took place in an imaginary fantasy world based on the M2C interpretation of the text.

By repudiating the prophets, the M2C intellectuals have, even if inadvertently, accomplished what anti-Mormons have long sought.

They've detached the Book of Mormon from the real world.
_____

I realize the M2C citation cartel has produced all kinds of books and articles that appear scholarly, peer-reviewed, etc. But to anyone who doesn't share the M2C bias--to anyone outside the M2C bubble--these materials are transparent confirmation bias.

Lists of carefully selected attributes of Mayan culture that "correspond" to carefully framed interpretations (and interpolations) of the text do not constitute persuasive evidence to anyone who doesn't already accept M2C because of their faith in the M2C intellectuals.

To the contrary, experts on ancient Mesoamerica, whether LDS or not, who don't share the M2C bias find the work of the M2C citation cartel unpersuasive at best.

People outside the M2C bubble, both LDS and otherwise, know this. Ask any missionary. All their investigators ask about evidence for the Book of Mormon.

Think how different it would be for investigators (and missionaries) if the M2C intellectuals aligned themselves with the prophets!
_____

The M2C intellectuals have years of practice finding ways to repudiate the prophets. They say Cumorah is a "clean hill," that there is no archaeology to support the Book of Mormon events in Ohio and New York, etc. I've addressed all of these arguments on the merits in this blog and other places. The bottom line, as Joseph Smith himself observed, is that the evidence for the divine authenticity of the Book of Mormon is seen in the mounds and artifacts that are currently on display throughout the Midwestern and Eastern United States. There is no scientific need (or justification) to repudiate the teachings of the prophets about the New York Cumorah.
_____

As the saying goes, that's an exception you could drive a Mack truck through. Any time a prophet teaches something you don't like, or you disagree with, just say he's speaking as a man and you're home free. Outside of the M2C bubble, I can't see many LDS accepting that approach.

And imagine a missionary explaining this to an investigator.

Missionary: "We have a living prophet."
Investigator: "But according to the Internet, your own scholars think your prophets were wrong about the Hill Cumorah in New York."
Missionary (to himself): Hmm, that's a good point. That's what my CES/BYU teachers told me.
Missionary (to investigator): "A prophet is only a prophet when he's speaking as a prophet."
Investigator: "So you can pick and choose what you want to believe?"
Missionary: "Yes. Well, not really. We still believe most of what the prophets teach..." 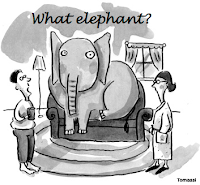 By repudiating the prophets, the M2C intellectuals are throwing away a critically important aspect of the Book of Mormon. This is having disastrous consequences that seem to be the elephant in the room no one wants to talk about.

How can people accept the Book of Mormon as a divine translation of an authentic history of real people when we can't confidently tell them of one single connection between the text and the New World setting?

It continues to amaze me that millions of people come to our visitors centers in Salt Lake City and Palmyra, New York, only to learn that the prophets were wrong when they said the Hill Cumorah was in New York.

It's confusing enough to show Mesoamerican imagery in every Church building and publication. But on top of that, visitors see M2C being explicitly taught on Temple Square, a direct repudiation of the teachings of the prophets. Sooner or later, the CES/BYU fantasy maps will make their way into Church buildings and media and visitors centers (as they already have in the Palmyra, New York, chapel).

When we reach that point, how can we expect anyone to accept the divine authenticity of the Book of Mormon?
_____

I realize that the M2C intellectuals and their followers believe the "correspondences" they've found in Mesoamerica affirm their spiritual beliefs in the authenticity of the Book of Mormon. And that's fine. It's natural for people to confirm their biases, regardless of what they are.

If people want to believe the Book of Mormon took place in Baja California, or Peru, or Chile, or Panama, or Guatemala, or Mesoamerica, or Eritrea, or Malaysia, and they can confirm their bias by evidence that is meaningful to them, that's great. They are reconciling their faith with their reality, as they see it.

But obviously, this only works for those who already believe the Book of Mormon because the Lord has given them the spiritual gift of exceedingly great faith, as Moroni explained.

Those who have been given a different spiritual gift--say, the gift of knowledge or of wisdom--are unlikely to overcome their own confirmation bias without a tangible miracle.

That tangible miracle should be the Book of Mormon.

A house built on stone is a tangible miracle--especially when it is the modern prophets who have identified the stone, in this case, the New York Cumorah.

Until we return to the teachings of the prophets, there is no tangible miracle for the people of the world to accept.
_____

If/when we apply the teachings of the prophets to establish the divine authenticity of the Book of Mormon, starting with the New York Cumorah, we can break through the psychology of confirmation bias that currently prevents people throughout the world from seriously considering what that means in their lives.