Cumorah and the Three Witnesses

M2C advocates claim there are "two Cumorahs" because the "hill in New York" where Joseph found the plates cannot be either (i) the scene of the final battles of the Nephites and Jaredites or (ii) the location of Mormon's depository of Nephite records.

The M2C intellectuals and their followers know their theory contradicts Letter VII. They also know Brigham Young and others taught explicitly that the depository was in the New York Cumorah. 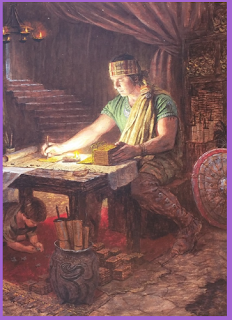 However, not many Church members realize that the M2C interpretation of Brigham Young's teaching supports the position of critics of the Church who disbelieve everything about the Restoration.
_____

The FairMormon explanation omits a critical part of President Young's teaching, along with the historical context. This misleads Church members.

Here is the sentence that precedes President Young's statement: "I lived right in the country where the plates were found from which the Book of Mormon was translated, and I know a great many things pertaining to that country."'

President Young was not talking about an imaginary or "visionary" hill somewhere in southern Mexico as FairMormon wants us to believe.

FairMormon explains it this way: "The geologic unlikelihood of a cave existing within the hill such as the one described suggests that the experience related by the various witnesses was most likely a vision, or a divine transportation to another locale (as with Nephi's experience in 1 Nephi 11:1)."

Of course, no one said or implied that the depository was a natural cave. The M2C explanation that the experience must have been a vision repudiates Brigham Young's testimony, as well as what others said, including Wilford Woodruff. 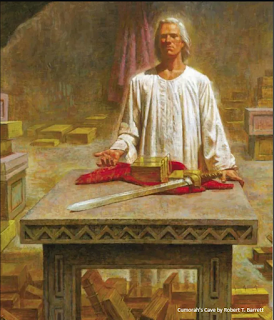 The M2C advocates cite Heber C. Kimball's statement about a "vision" to justify their claim that the real Cumorah is in Mexico:

In response to a Brother Mills’s statement about the handcart pioneers, Heber C. Kimball said:
How does it compare with the vision that Joseph and others had, when they went into a cave in the hill Cumorah, and saw more records than ten men could carry? There were books piled up on tables, book upon book. Those records this people will yet have, if they accept of the Book of Mormon and observe its precepts, and keep the commandments.

Those of us who still believe the teachings of the prophets interpret this use of the term "vision" to mean a view or sight.

Consider this. If Kimball's statement was a vision, what about Joseph's statement about his experience with Martin Harris?

"We accordingly joined in prayer, and ultimately obtained our desires, for before we had yet finished, the same vision was opened to our view; at least it was again to me, and I once more beheld, and heard the same things; whilst at the same moment, Martin Harris cried out, apparantly in ecstacy of joy, “Tis enough; mine eyes have beheld,” and jumping up he shouted, hosanah, blessing God, and otherwise rejoiced exceedingly."

The M2C interpretation of Heber C. Kimball's statement relegates Martin Harris' experience as one of the Three Witnesses to a purely spiritual experience.

Which is exactly what critics such as the CES Letter also claim.